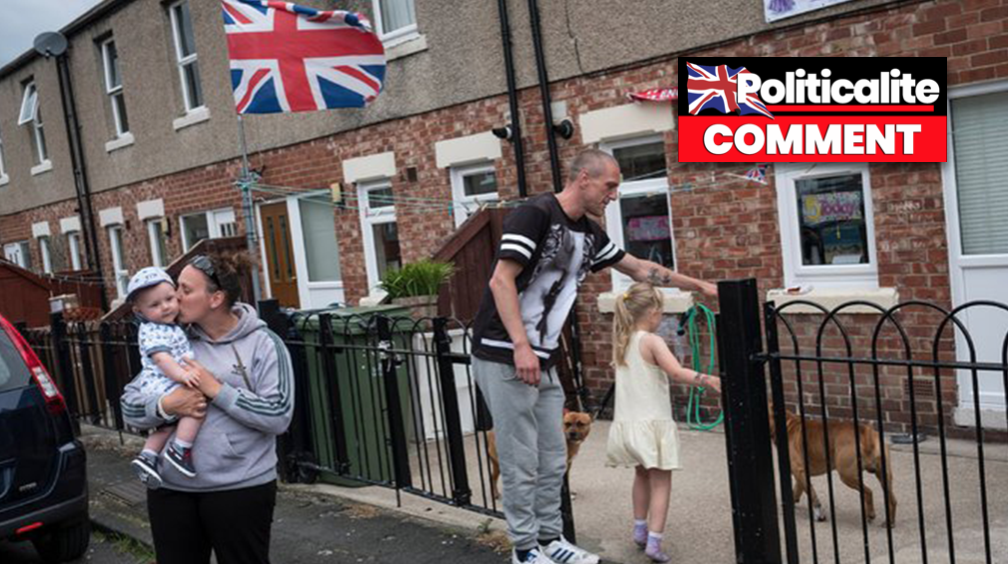 SNOBBY Remoaners from the metropolitan liberal elite are exposing Britain’s rampant class problem, and its getting ugly.

Thousands of remain voters who are bitter at the fact people’s Prime Minister Boris Johnson won the Election and implemented Brexit,  have started to attack proud working-class Brits who are proud the nation has finally left a failed European project.

On Twitter, the vile rhetoric is heating up and proving that divisions are far from being healed.

He branded Brexiteers celebrating Brexit in a working mens club in Liverpool “like something out of Channel 4 comedy show Phoenix Nights.”

Welsh born Tucker later claimed to be a member of a ‘working-mens club’, but he’s forgot his roots now he’s hit the big time. 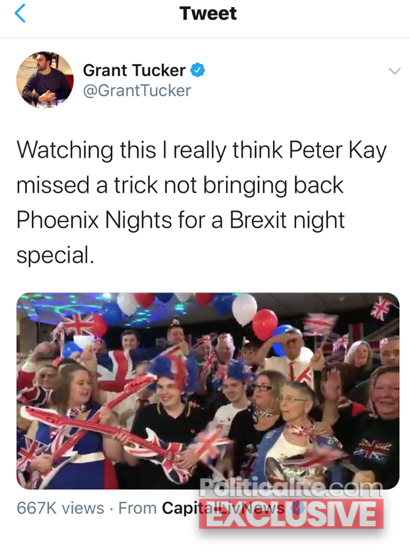 He tweeted: “Watching this I really think Peter Kay missed a trick not bringing back Phoenix Nights for a Brexit special”, whilst funny – should journalists in a profession that is dominated by pale, stale and often publicly educated schoolboys be joking about the working-classes?

His tweet sparked a stream of vile rhetoric from fellow remainers when Politicalite called out Tucker for sneering at the working-classes from his privileged perch in the liberal London bubble.

I think your real issue is the fact everyday working class folk outsmarted the Establishment and for once, got what they voted for.

Tucker later deleted the tweet, not before the stream of angry bile from remainers.

One linked a video to Brexit supporters and wrote: “Still can’t believe these guys get out the house alone, let alone vote !” 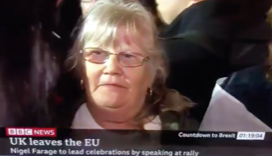 Still can’t believe these guys get out the house alone, let alone vote !

Sezza 48 appeared to brand Brexiteers as ‘thick’ and added: “Tge ignorance of peolple who were interviewed during the ‘celebratioms’ confirmwd that they Actualky had no idea what they were voting for!”

Tge ignorance of peolple who were interviewed during the ‘celebratioms’ confirmwd that they Actualky had no idea what they were voting for!

Stevie wrote: “For me”bubble”is a more accurate description of smaller more isolated towns(like my own birth place)rather than those large cosmopolitan cities/towns containing many different social and ethnic groups compelled to rub along together and be tolerant of the differences they have.”

Suzanne added: “Who said clog dancing would never get you into the big time, eh? #EverydayWorkingClassFolk”

Dewi wrote: “And they will indeed get what they voted for, and ultimately what they deserve.”

More remainers on the Twittersphere feel that Brexit is a ‘massive con’ and claim working-class people simply ‘don’t realise it’.

“I hate to break it to you but what happened to people was a massive con and unfortunately you’ll never realise it. People were beaten down by decades of neglect from their own government, and given the chance to change something, they did. It happened to be the EU.” said one Twitter user.

This rhetoric won’t heal divides, it will just intensify them. The metropolitan elite simply can’t comprehend that democracy has won and the people’s vote has been implemented.

This is why Remain lost the referendum; they have no hope or optimism and when challenged they brand leave voters “stupid” and mock them, it’s not the little people who are there the idiots, its the elites.