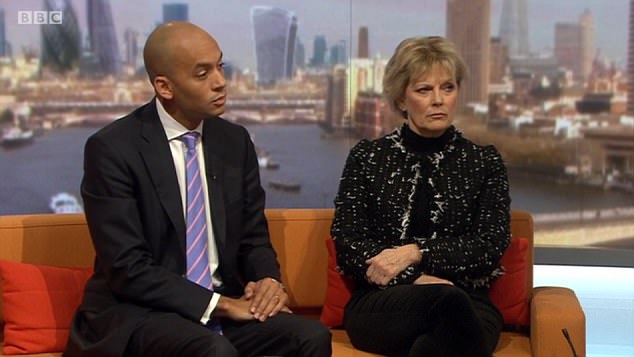 Appearing on the BBC’s Andrew Marr show with remain-voting Labour MP Chuka Umunna, the loony democracy denier said: “If this government doesn’t get this right then the majority of members of parliament, putting their constituents first, will find themselves unable to vote for a withdrawal agreement.”

Her own party has ruled out Britain staying in the single market and the customs union which would mean lower cheaper food and clothes and less immigration – a key reason many voted to leave the European Union.

Soubry said a hard Brexit was “bad for the economy:” and added that “it also fundamentally undermines the peace process that was achieved and this is really important,”

She then called for a second referendum and said: “We won’t stop it. It is the people. We gave the people a referendum to start this process.”