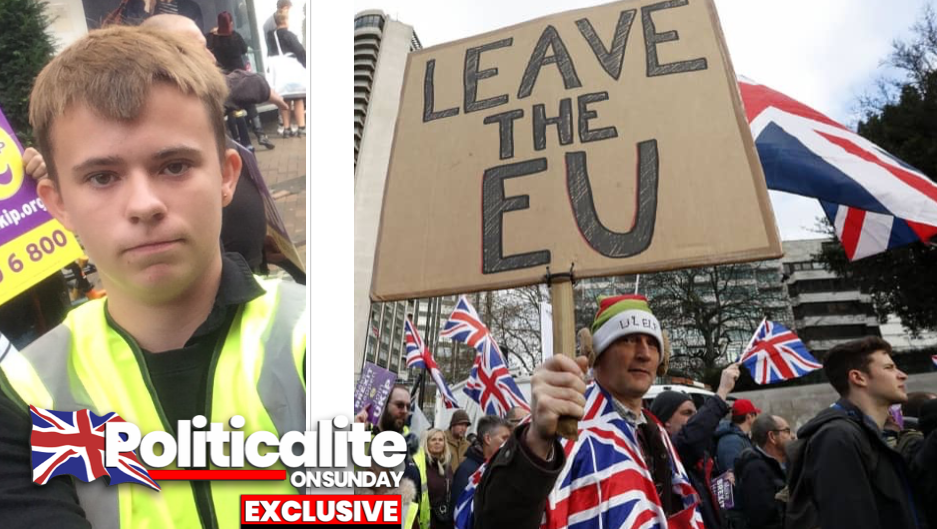 TEENAGERS in Britain today are either playing Fortnite, glued to Facebook or the floor outside London City Airport protesting about Climate Change with Exstinky Rebellion.

Politicalite however, found one young political activist that doesn’t fit any of those stereotypes and thankfully this political activist isn’t telling us off for driving a petrol-powered sports car. He’s bravely defying the odds fighting for Britain to leave the European Union.

He’s faced biased attacks from the local media in his city after organising a pro-Brexit event in Gloucester.

Lee told Politicalite that he was inspired to bring about change after he saw Brexit “being betrayed by the establishment and the media.”

Lee has even been hit with trolling by Remainers on social media, but this hasn’t deterred him: “As usual the trolls online are a comedic and very offensive and they resort to insults rather than facts.”

He hopes Brexit will give Britain freedom and wants us to be an “independent country again” adding “We should work with Europe, but we don’t want to be ruled by a bunch of unelected bureaucrats who do not listen to us… we are voiceless.”

Lee added Remainers need to “get over it” and added that “they should respect the majority.” that voted to leave the EU.