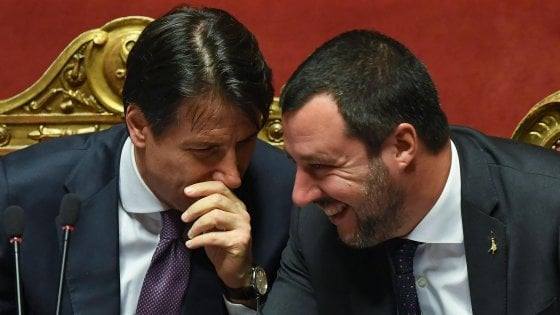 AFTER the great twin shocks of the election of Donald Trump and the Leave victory in the 2016 British referendum on EU membership, there was much-discontented muttering about a rising tide of nationalism and populism from the globalist Establishment, who naturally detested the idea that national populations might start remembering their own national interest.

All across Europe, from newsrooms to boardrooms, via dinner parties and executive brunches, the chattering classes who have become unused to public dissent from their favoured policies started to tremble with fear at the thought that ordinary people might elect outsiders they did not favour and could not control.

The most telling insult these worried elites favoured was the word ‘populist’, a charge supposedly conveying a lack of political seriousness and a dangerous tendency towards extremism. Being popular, in the sense of listening and responding to the concerns of the majority, is supposed to bar you from Government.

Fortunately for the elites and their delighted adherents in the mainstream media, this populist tide seemed to quickly abate, with Geert Wilders failing to capitalise in the Netherlands, with protracted legal and Parliamentary challenges to Brexit and a confident EU response to the rebellious British, with similar running partisan opposition to Trump, and even with the clever diversion of populist feeling towards an eminently globalist candidate in the form of Macron in France. The EU and other globalist institutions and vested interests could feel that they were fighting back, putting the governed back into positions of quiet subservience and their own elite agendas onto the table again. At least they could until the seismic shock of an Italian election on March 4th, which illustrated that, far from turning the tide on populism, they had been building a tsunami. For before any great wave falls, it first retreats, building up height by giving up ground. When it comes rushing back, it is twice as dangerous.

Italian elections, and Italian politics generally, are not usually of great significance. Even the most admiring lover of all things Italian must admit that the rest of Europe generally does not follow an Italian lead, and those who know most about these passionate, complex, Southern Europeans would also suggest that many Italians rarely follow an Italian lead. Italy has been noted for a swift succession of instantly forgettable governments, for a Byzantine complexity of electoral procedures, and for the long drawn out compromises and negotiations of successive coalitions. It was this playground of deal making and backroom negotiation that the brazen, flamboyant Berlusconi negotiated so successfully for many years, with most of the international interest in Italian politics focusing on his loud and crude but ruthlessly efficient personality (a sort of petty European precursor of Trump, with the same strut, the same complications with women, and the same prickly, grandiose ego).

But quietly, for years, something else had been building, and it was the same thing building before Brexit and before Trump. It was discontent, and dissatisfaction, and a sense of an alienation from the usual ways and the usual rulers. As elsewhere, a great deal of it centred on mass immigration, and the encouragement of such or refusal to deal with it from the existing elites. Since 2013 Italy has seen an estimated 640,000 illegal migrants added to its population. It has over five million legal migrants resident in Italy, including one million Romanians, but the numbers both legal and illegal are difficult to measure today as official figures stopped counting those arriving from other EU nations and have never properly and fully documented the numbers illegally using Italy as their main route to the riches and benefits of Europe. Mainstream Italian politicians increasingly complained that there was nothing they could do about these illegal crossings. As Southern Italian islands and the mainland too filled with ever growing numbers of migrants, as footage emerged on YouTube and elsewhere of riots, petty criminality and hooliganism from these arrivals, mainstream Italian leaders considered it sufficient to cite EU rules or international maritime legislation to an increasingly frustrated native Italian populace, who wanted, not words or lectures, but actions. Actions in defence of Italian borders and Italian citizens, not pious declarations in support of fresh arrivals or the EU dream of political integration.

And so on May 4th the inevitable reaction came, and the tsunami fell, sweeping away the complacent politics of recent years, including supposedly right wing parties like Berlusconi’s Forza Italia, who just like their mainstream centrist and leftist colleagues had done nothing to stem the flow of migration into Italy. The two big winners from the election were the Five Star Movement (a sort of leftist patriotic coalition of newcomers and semi professionals, equally concerned with the working class and populist disgust at professionally corrupt parties) and Liga (again, outsider populists who were once the Northern League, in favour of succession from southern Italy but now more national than regional in their aims). Liga in particular, and their leader Matteo Salvini, focused on the issue of illegal immigration, increasing their vote by 13.5% after doing so and moving from a fringe presence to being the third largest party in Italian politics. These two parties formed an alliance, but it took another two and a half months before they formed a government.

Events since the election have been illustrative of exactly why these two parties did better than anyone else. In a response typical of globalists, the mainstream parties tried to form an anti populist alliance whilst the EU friendly Italian President Sergio Mattarello vetoed the Five Star-Liga alliance by refusing to accept their nominated finance minister (popular and respected economist Paolo Savona). Despite this, the globalists were eventually forced to accept the populist parties right to form a government due to their clear majority, and the new Italian government led by Prime Minister Guiseppe Conte has been swift to seize the opportunity to reshape Italian, and potentially European politics, as a whole. Since forming a government they have moved decisively against the people traffickers and illegal crossings into Italy. They have turned back the open borders NGO vessel Aquarius, which was carrying more than 600 migrants, a move which received widespread condemnation from globalists but which signals real seriousness in defending Italian interests and the Italian people. Macron called the move “sickening” whilst another NGO involved in helping migrants cross into Italy entered into a public Twitter war with Matteo Salvini, labelling him a fascist for protecting Italian borders. Salvini in turn has been blunt towards NGOs helping migrants land and towards the sanctimonious criticisms of people like Macron, bluntly stating that whilst rescuing lives may be a moral duty “transforming Italy into a vast refugee camp is not”.

The Italians have also been fierce in resisting pressure from other EU nations. At a recent summit attempts to browbeat them into compliance with EU policy and attitudes towards mass migration met a firm refusal. Both the Italian people and now the Italian Government are united in opposing the use of their country as an illegal route into Europe and all the associated negatives in terms of increased crime and social disorder that comes with it. Their success or failure both in tackling mass immigration and in defying globalist vested interests is of great significance to us all. If they succeed it could be a model of populist government for years to come, and if they fail it could result in many more damaging years of mainstream control and complacency. Either way, Italy now matters in a way that it has not for a long time.