GIBRALTAR marked Brexit Night by removing the flag of the European Union from the border with Spain, signalling the moment the British Overseas Territory left the EU along with the UK.

The historic moment was witnessed by dignitaries including the Governor, Lieutenant General Edward Davis; the Chief Minister Minister, Fabian Picardo; the Deputy Chief Minister, Dr Joseph Garcia; the Leader of the Opposition, Keith Azopardi; the Speaker of the local Parliament, Melvyn Farrell; and Michael Llamas, the Attorney General. 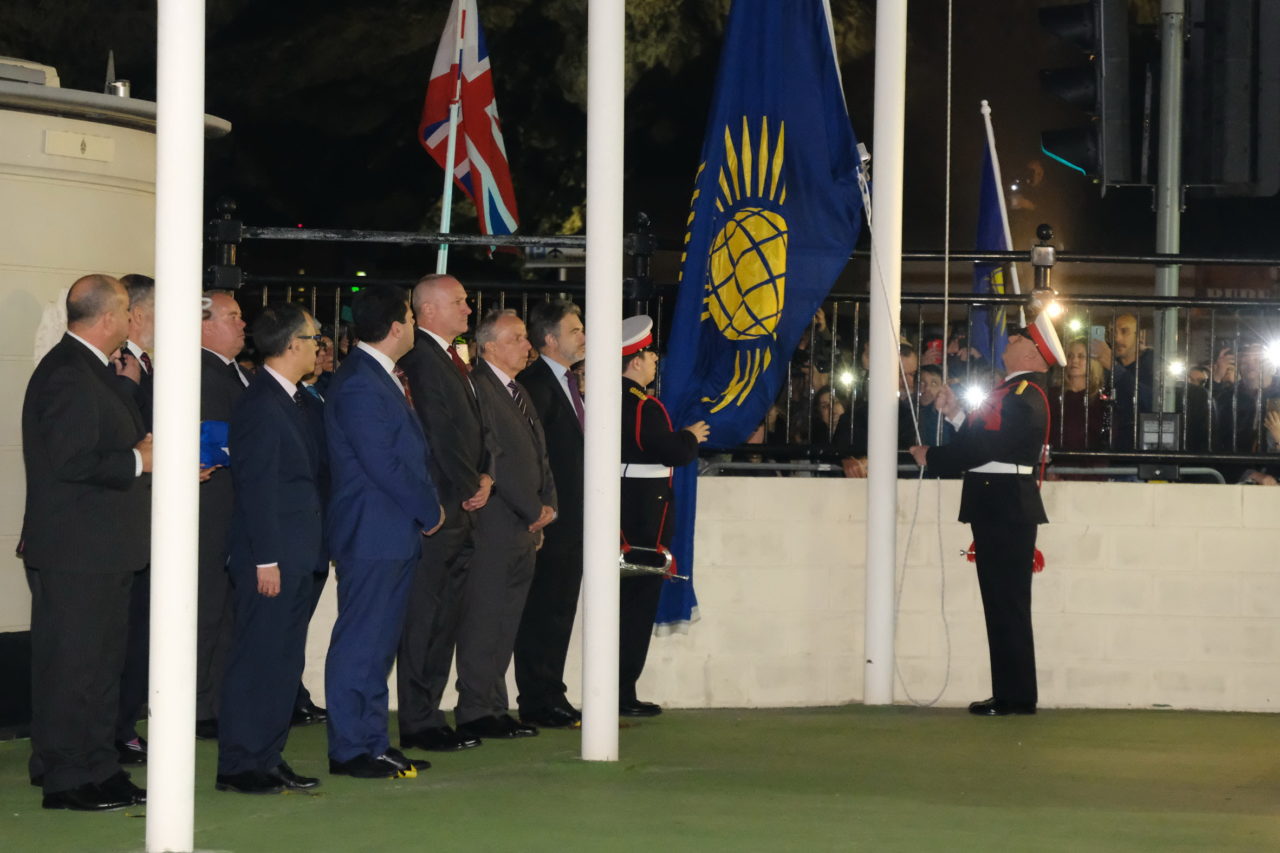 A group of around 200 people gathered to watch in person, some waving Union Jacks, Gibraltar flags and even a Commonwealth flag reported local outlet The Gibraltar Chronicle.

It was planned as a solemn ceremony, with the Gibraltar Band and Drums Association to play the EU anthem ‘Ode to Joy’ as the EU flag was lowered, and ‘God Save the Queen’ as the Commonwealth flag was raised in its place.

“Gibraltar voted overwhelmingly for Remain in the 2016 referendum, but there was no hiding that for many gathered there last night, this was a celebration.”

As the music stopped, first came three cries of ‘hip hip hooray’, followed by a loud, somewhat-off-key ‘Rule Britannia’ singalong while the EU flag was folded and handed to Mr Picardo.

Dr Garcia then handed over the Commonwealth flag that would replace it, signalling Gibraltar’s hopes for trade and relations with the wider world after Brexit.

Parts of this Article courtesy of the Gibraltar Chronicle. – TAP TO READ MORE

EXCLUSIVE: Comedian REFUSES To Appear on BBC Over Brexit Bias
WHAT ABOUT BRITAIN? ITV News SLAMMED After Airing ‘EU Propaganda’ on Plight of Dutch Fishermen
To Top