HE ONLY WANTED AN OUNCE OF DEMOCRACY! Jess Phillips SHOCKED That Voter Demands Democracy
Advertisement 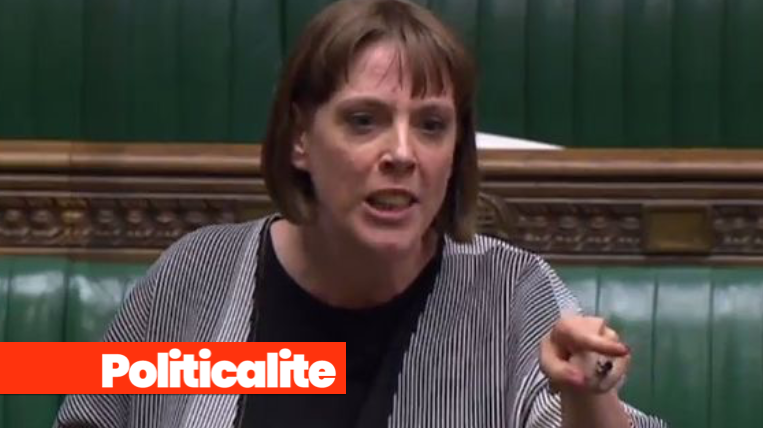 A STONED Protester arrested outside the office of Birmingham Yardley MP Jess Phillips only wanted an Ounce of Democracy from his Remainer MP.

The angry Brummie reportedly “kicked the door” of the Labour MPs constituency office and tried to tell the MP that she was a “fascist” he’s right.

Birmingham Yardley is a place that voted LEAVE, yet Jess Phillips has been attempting to keep Britain tied to the EU and has launched stinging attacks on Britain’s Bulldog Brexiteer, Boris Johnson.

Phillips said her staff had to be locked in the office while the man tried to “smash the windows” and “kick the door”, the smashing of windows could not be verified.

She told LBC: “I’ve only just heard about it myself, but my staff had to be locked into my office while the man tried to smash the windows and kick the door, I believe.”

“I don’t know what I can say because the man has been arrested. But he was shouting that I was a fascist, apparently.”

West Midlands Police confirmed that a 36-year-old man had been arrested on suspicion of a public order offence.
A statement from the force said: “Police were called to reports of a disturbance outside an address on Yardley Road in Acocks Green, Birmingham just before 2.25pm this afternoon (26 September).

“A 36-year-old man has been arrested on suspicion of a public order offence and possession of cannabis. He’s been taken into police custody and will be questioned in due course.”

Phillips told Remain Fake News outlet Sky that she would not “leap to blame Boris Johnson for this attack”.

Phillips said that all those in Parliament had a “case to answer” regarding their conduct.

Boris has so far refused to submit to the leftist Westminster Bubble outrage.

BORIS told us working-class Brits when he was campaigning to be Prime Minister and Tory Party Leader that “[us] politicians [need] to remember that one of the reasons that the public feels alienated now from us all as a breed, is because too often they feel that we are muffling and veiling our language”,

Ms Phillips was among MPs who told the Prime Minister to apologise for his language in the Commons on Wednesday, saying his choice of words had been designed to “inflame hatred and division”.

He added: “not speaking as we find – covering everything up in bureaucratic platitudes, when what they want to hear is what we genuinely think.” … he’s speaking to the people. There’s only an outrage because the Westminster bubble is outraged. The rest of Britain isn’t that fussed!

Most everyday Brits back bulldog Boris, his so-called ‘offensive’ language won’t be an issue for them – what will is getting the thing they voted for… that’s BREXIT!

‘WHO IS HE?’: Dominic Cummings OWNS Leftie Labour MP Who Ambushes Him

REVEALED: Remain Plot To Give SIXTEEN-YEAR-OLDS Vote On Brexit