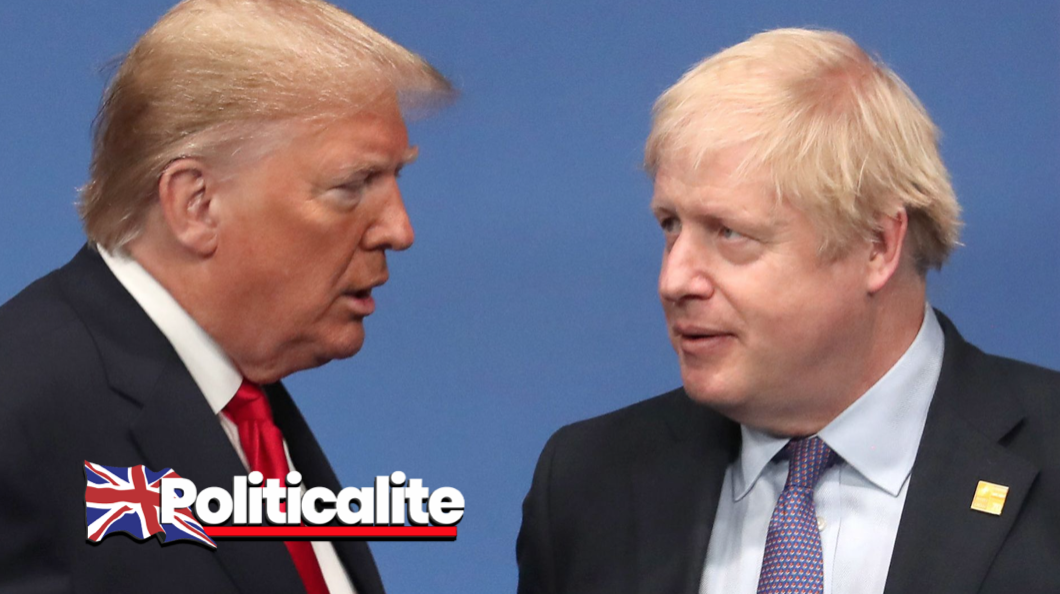 AMERICAN Trade officials are hoping to use the UK-US trade deal following Coronavirus to halt Chinese expansionism, despite Brexit being about creating a global Britain free to trade with the whole world.

Washington, who have been touting an America First policy under President Trump did the same in the USMCA Trade Deal with Mexico, Canada and the United States before the Coronavirus pandemic and that deal had provisions to prevent the state-subsidisation of Chinese companies.

Boris Johnson’s government has recently given the green-light for Huawei to build Britain’s 5G network but the US is planning to move spy planes, spies and workers if the plans goes ahead.

America’s main goals in the trade deal with the UK involves the UK dropping its regulations on imports of food and agricultural products giving America full market access to U.S. pharmaceutical products in what some critics say is an “NHS-sell off”.

London and Washington hope to get a trade deal signed ‘rapidly’ and insiders say that Washington will use the fallout from Coronavirus to put a stop to Chinese expansion.

The Washington Examiner reported that U.S. trade officials see the global economic gloom ahead is a perfect opportunity to score a win over Beijing.

The US sees China as a “non-market country,” and wants to restrict the ability to negotiate with Beijing, according to the Examiner.

“Now, it’s more important than ever that we build an alliance, a united front to oppose China’s bid to take over the world,” A former U.S. trade official told the Examiner.

A spokesman for Number Ten told the U.S. news outlet: “We want to strike an ambitious free trade agreement with our biggest single trading partner.”

Theodore Bromund, a senior research fellow for Anglo-American relations at the Heritage Foundation told The Examiner: “Now, in spite of COVID, we are already pressing ahead towards virtual negotiations.”

“I think that there is an enormous incentive on the U.K. to negotiate as rapidly as possible, partly for political reasons in the United States but also because you have this deadline at the end of the year with the U.K.-EU negotiations.”

REVEALED: UK Food Supply At FULL CAPACITY Thanks To ‘No Deal’ Brexit Planning