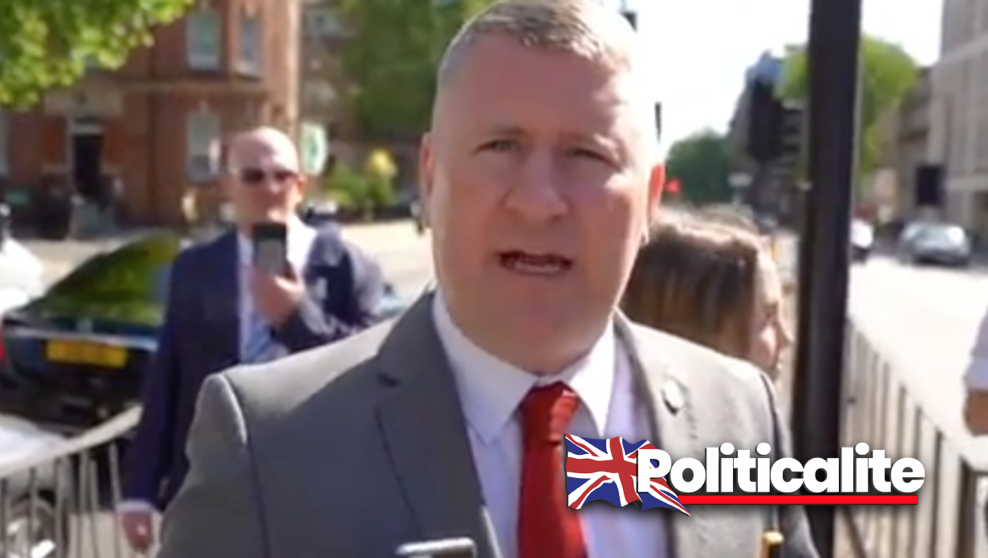 BRITAIN First leader Paul Golding arrived at London’s Westminster Magistrates Court on Wednesday to face trial after being charged with a terror offence.

Golding was charged under the Terrorism Act in February after refusing to give police officers the PIN codes to his electronic devices after returning from Moscow. English Defence League founder Tommy Robinson accompanied Golding into court.

The far-right activist said that he had to refuse the police request as his hardrive contains “membership lists, email lists” that he has to “keep safe from everyone” due to the Data Protection Act, although the act contains national security and law enforcement exemptions.

“I am the first non-criminal, non-terrorist to be prosecuted under terrorism laws,” stated Golding.

In 2018 Golding was convicted of religiously aggravated harassment and sentenced to 18 weeks in prison after abusing Muslim people at a takeaway restaurant in Ramsgate.