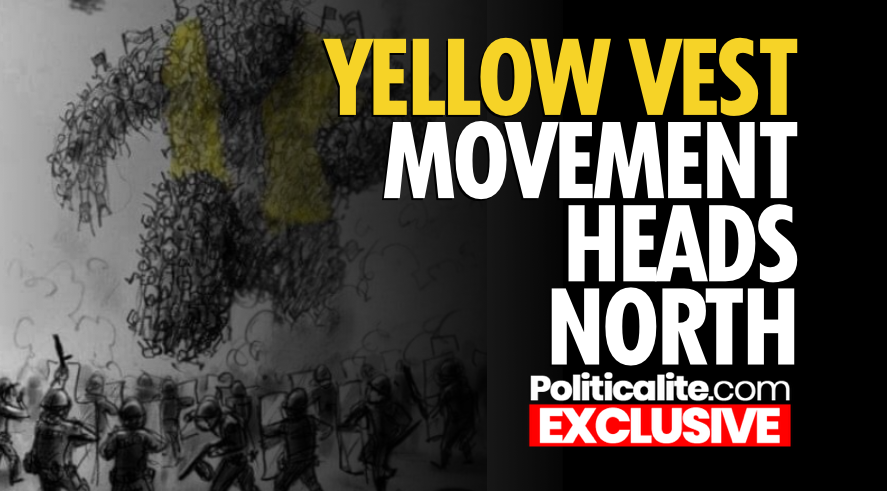 AFTER recent events in London over the past week The British Yellow Vest Movement has spread to the north of England.

Patriots in Manchester reacted over the weekend, coming together and setting up a Facebook page, later embarking on the BBC, Media City in Salford Quays sending the security guards into a frenzy claiming they were not allowed to be on public property outside of the Beeb’s premises.

In just a matter of hours the group had swelled to significant numbers with messages of support being received from America, Canada, Australia and The Netherlands.

Politicalite caught up with group founder Ashlea Robyn earlier this week to get her take of events and to get her perspective on the movement.

Ashlea, 30, a volunteer outreach worker for the homeless in Manchester gave us an exclusive interview explaining her reasons for getting involved with the growing movement. 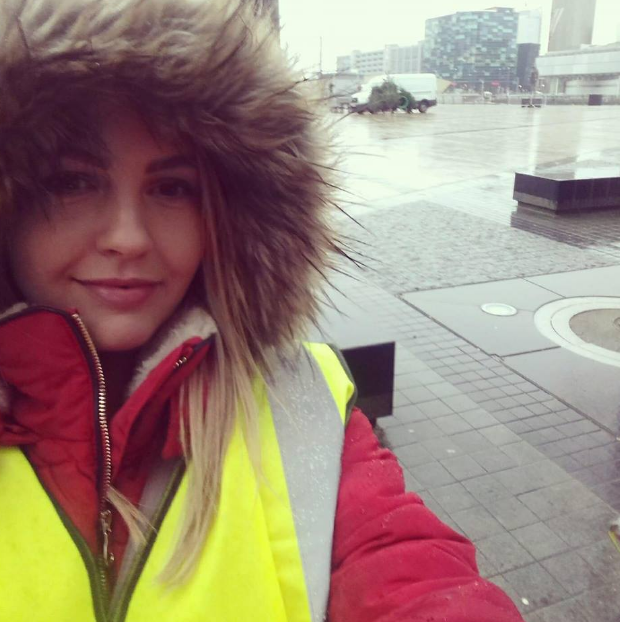 She explained to Politicalite that she was tired of sitting on her hands, complaining about the state of the country and doing nothing, so over the weekend she decided to get off her backside and do something.

Ashlea stated that she liked the idea of having a movement without a leader as such, just a group of like-minded ordinary people from all kinds of backgrounds coming together for the good of our country.

“Myself and a group of friends decided to get some Yellow Vests and head to the BBC in Media City to make our feelings known about several topics that we feel aggrieved about, we have had enough of our voices and our votes being ignored over Brexit with the will of the British people being ignored by globalist supporting elitist politicians”

“It cannot be right that Theresa May’ government can ignore democracy, if that happens I think democracy in this country will be lost forever. There shouldn’t be a second vote, the people have had the vote and we voted to leave the European Union”.

“We didn’t vote for a deal or a backstop and we didn’t vote to do what is right for the country economically, we voted to leave a political union, we voted to exit the customers union and to leave the single market. We voted for our sovereignty to be returned and to be able to control our own laws and immigration policies again”

“Doing the work I do in the city with the homeless, it angers me to see the government and councils bringing people in from abroad whilst we have people literally dying on the streets of our country”

“It’s utterly devastating to know that the Manchester bomber was allowed into our country as a “refugee” and went on to murder innocent children from around our region whilst he was “known” to the security services,” Ashlea said.

Ashlea explained she is tired of the politically correct direction our country is heading in with the police and the government more interested in tackling online “hate speech” than tackling actual crime.

“Just look at the murder and violence taking place in the capital,” she told us.

Within a couple of hours of setting up “The Yellow Vest” Facebook page for Manchester, the Facebook police had removed the group that she had set up and also restricted her own personal account.

This follows similar action against London-based Yellow Vest Activist James Goddard who was part of the Westminster bridge protest last Friday also had his account restricted by the social media giant for 30-days.

Before concluding the interview Ashlea took a swipe at virtue signalling Manchester Mayor Andy Burnham, claiming that he continuously tweets out contempt for the great work we do with the outreach, telling people not to donate to us and not to give to the homeless, instead asking for people to give to his “big change pot” instead, when, in fact he’s done nothing to help the homeless community in Manchester. All he does is dehumanise them and gets his big bully police officers to fine them and confiscate their possession when they are at their lowest point.

EXCLUSIVE: Sargon says “There should be no limits” when discussing Grooming Gangs