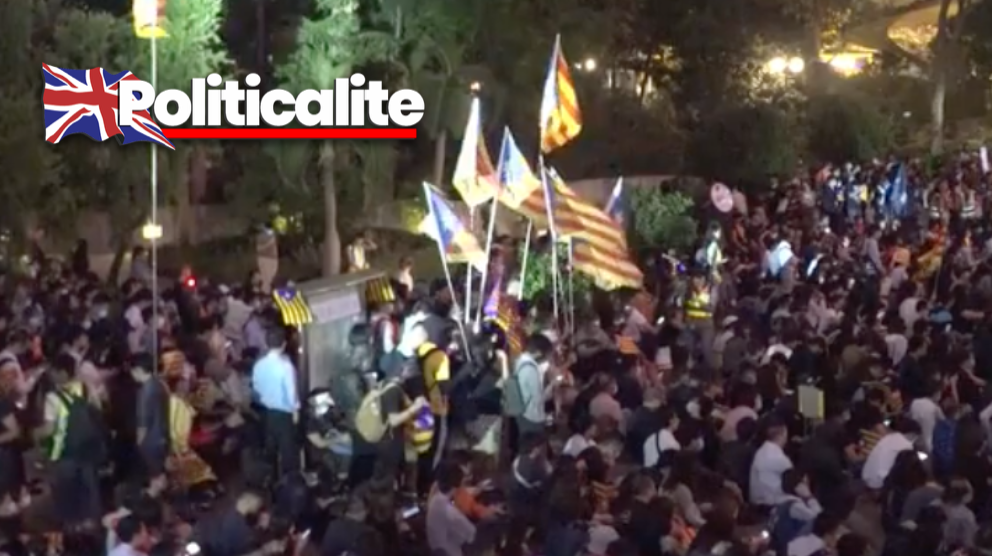 HUNDREDS of activists gathered in Hong Kong’s Chater Garden on Thursday, to show their solidarity with the Catalan independence movement.

A representative of the Catalan community in Hong Kong expressed his gratitude to the Hong Kongers for their solidarity and support. “When we see all of you celebrating the solidarity with Catalonia, it’s so touching you cannot imagine. Thank you very much,” he stated.

At the end of the demonstration, the participants raised lights and Catalan flags while singing protest songs.