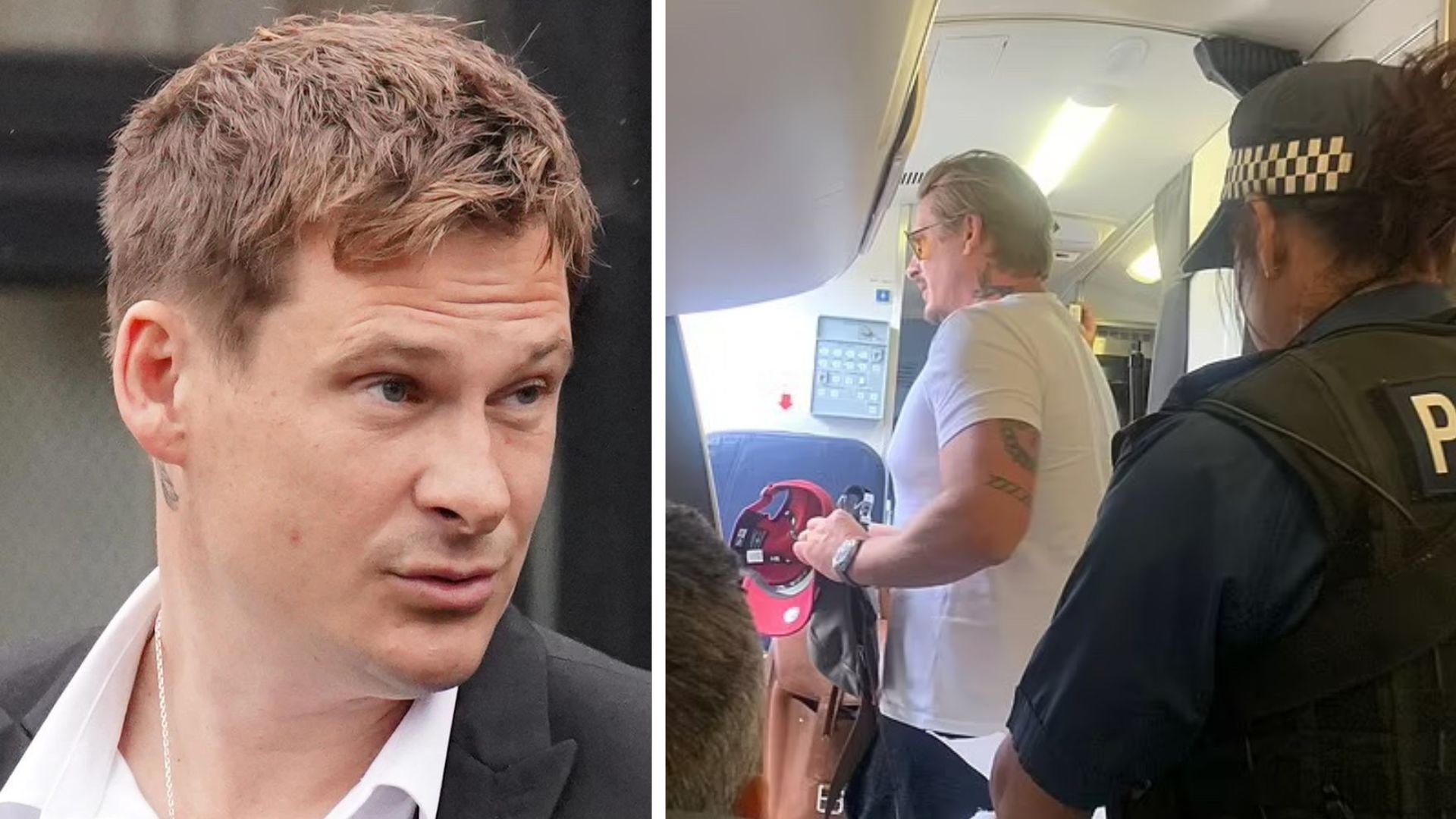 BLUE star Lee Ryan has been found guilty of racially aggravated assault after telling a black flight attendant “I want your chocolate children” while drunk.

The singer, 39, was “slurring his words and staggering around” after drinking a whole bottle of port before a British Airways flight from Glasgow to London City Airport on July 31 last year.

After being refused more alcohol on the plane and told to return to his seat, Ryan made comments about Leah Gordon’s looks, calling her a “chocolate cookie” before grabbing her wrists.

Giving evidence on Thursday, the flight attendant told Ealing Magistrates’ Court: “He was making comments about my complexion, you’re my chocolate darling, my chocolate cookie, and I’m going to have your chocolate children.

“It felt like he was saying I was beautiful for a black person because of the way he was describing my colour.”

She told him to “stay away” when he later approached her from behind and said: “Before I get off this plane I need a kiss from you.”

She claimed he then grabbed her wrists before passengers intervened.

She added: “He was towering over me, like he was leaning in to give me a kiss.

“He said to me ‘I want your chocolate children.’ I was intimidated, I felt a bit embarrassed like I wasn’t doing my duty properly.

“To get comments about my colour whether intentional or not, it was just unacceptable and so derogatory.

“I just felt like it wasn’t fair and I shouldn’t have to put up with it.

“I don’t go to work to be assaulted or harassed.”

The tearful singer told the court he had been “annoying” the passenger next to him by asking about the book he was reading, but had no recollection of anything after that.

“It was banter, just drunk banter I suppose, there was no malice or intention to upset anyone.

“I didn’t mean to cause any distress to anyone or be racist, it was just a poor choice of words I suppose.”

The ‘All Rise’ singer maintained his actions were “playful” and denied being racist with the use of chocolate.

Claiming he said “chocolate chip cookie”, he added: “They’re white, there was no malice in them.

“I am sorry that I touched her, but that’s all I did, touch her lightly, by her admission.”

Lee also expressed his remorse in an interview with police, which was read to the court.

He said: “I wish I could ring her up and apologise and offer her some Blue tickets for the next tour.”

Police claimed he tried to bite one of the officers when he was arrested at London City airport, but Lee said he didn’t “remember”.

Ryan was found guilty at Ealing Magistrates’ Court of being drunk on an aircraft, assaulting a police officer by biting him, racially aggravated common assault by beating and behaving in an abusive way towards the cabin crew member.

Ms Gordon said: “He was making comments about my complexion, you’re my chocolate darling, my chocolate cookie, and I’m going to have your chocolate children.”

Ryan, who was tearful in the dock before giving evidence, told the court his actions were merely “playful” and denied use of the word chocolate was racist.