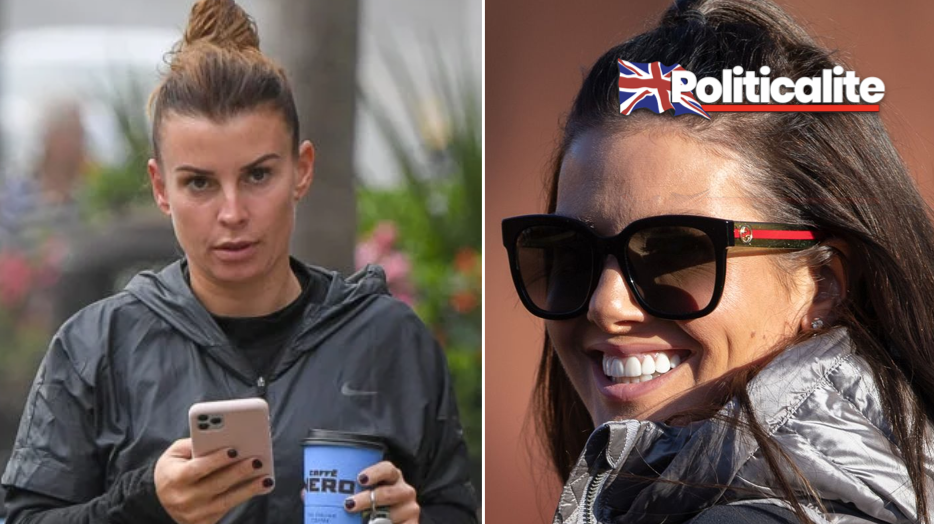 REBEKAH Vardy has won the first round of her libel battle against Coleen Rooney after she was accused of leaking stories about Rooney’s private life to the media.

On Friday, the High Court ruled the post “clearly identified” Mrs Vardy as being “guilty of the serious and consistent breach of trust”, following a hearing on Thursday.

David Sherborne, representing Mrs Rooney, had argued it was “true” that Mrs Vardy was “responsible for consistently passing on information about the defendant’s private Instagram posts and stories to The Sun”.

He said: “Mrs Rooney intends to defend these words as true in whatever meaning.”

Mrs Rooney wrote on Instagram and Twitter: “I have saved and screenshotted all the original stories which clearly show just one person has viewed them.

Mrs Vardy, who is married to Leicester City striker Jamie Vardy, denies the accusations and is suing Mrs Rooney for damages for libel.

In his judgment, Mr Justice Warby ruled that the “natural and ordinary” meaning of Mrs Rooney’s posts was that Mrs Vardy had “regularly and frequently abused her status as a trusted follower of Ms Rooney’s personal Instagram account by secretly informing The Sun newspaper of Ms Rooney’s private posts and stories”.

Announcing his decision, the judge said that the meaning he had determined was “substantially the same as the claimant’s meaning”.

In his ruling, Mr Justice Warby said Mrs Rooney’s message was “a considered post, using wording composed with some care”, adding: “It would be clear to the ordinary reader from the outset that it was meant seriously and intended to convey a message of some importance.”

The judge disagreed with Mrs Rooney’s claim that using multiple ellipses in the infamous final line of the post – “It’s…………….Rebekah Vardy’s account” –  diluted the meaning.

He wrote: “Indeed, the element of suspense introduced by the multiple dots seems to me designed to raise expectations of a dramatic revelation.

“It tends to emphasise the importance of the name that is then provided. It would be a poor denouement if all that was being said was that the named individual was to be suspected of the wrongdoing but it might be someone else.”

He also rejected Mrs Rooney’s contention that she simply referred to Mrs Vardy’s Instagram account rather than Mrs Vardy herself.

The judge ruled: “The reader is told straight away that the message is about bad behaviour by ‘someone who I trusted’. The post then takes the form of a ‘whodunnit’.”

He added: “I certainly do not think that the ordinary reader would take that single word (account), albeit repeated, to indicate that Mrs Rooney remains in doubt about who the wrongdoer was.”

He later said: “There is nothing in these words, apart from the word ‘account’, that in any way suggests that the behaviour of which Mrs Rooney is complaining might have been carried out by anyone other than the account holder, Mrs Vardy.”

“The usual order in these kinds of trials is that the losing party pays the costs,” Mrs Vardy’s barrister Hugh Tomlinson QC said.

During arguments on Thursday, Mr Tomlinson said Mrs Rooney’s posts were an “untrue and unjustified defamatory attack” which was “published and republished to millions of people”.

He added: “In fact she did nothing wrong. Whatever leaks there were did not come from her.”

She suffered extreme distress, hurt and embarrassment, her lawyers said, and felt suicidal.

The filing also detailed some of the ways Mrs Rooney’s post was reported and repeated on social media.

Following a tweet from Donald Trump about knowing who the new leader of the so-called Islamic State was, some users joked that it was Mrs Vardy.

While others later said she was involved in the disappearance of Madeleine McCann.

Mrs Vardy’s husband Jamie was also targeted with chants during football matches as opposition fans chanted slogans including “your wife is a grass” for up to five minutes at a time.

Mrs Rooney has denied any wrongdoing and liability for abuse received from third parties.

The court also heard both Mrs Vardy and Mrs Rooney had agreed for a “stay” of the proceedings until February so there could be “one final attempt to resolve the matter without the need for a full trial”.

He continued: “Coleen’s defence to this misguided action was filed last month.

“It sets out clearly the facts of her case, which remain the same irrespective of any decision on the meaning.

“The key issues of the case remain the three stories from Coleen’s private Instagram account published by The Sun and Rebekah’s relationship with the newspaper, including its ‘Secret Wag’ column.

“After three years of stress and anxiety about the leaks from her private social media account, Coleen is keen to see progress made on the real issues, beginning with what Rebekah has to tell the court.”