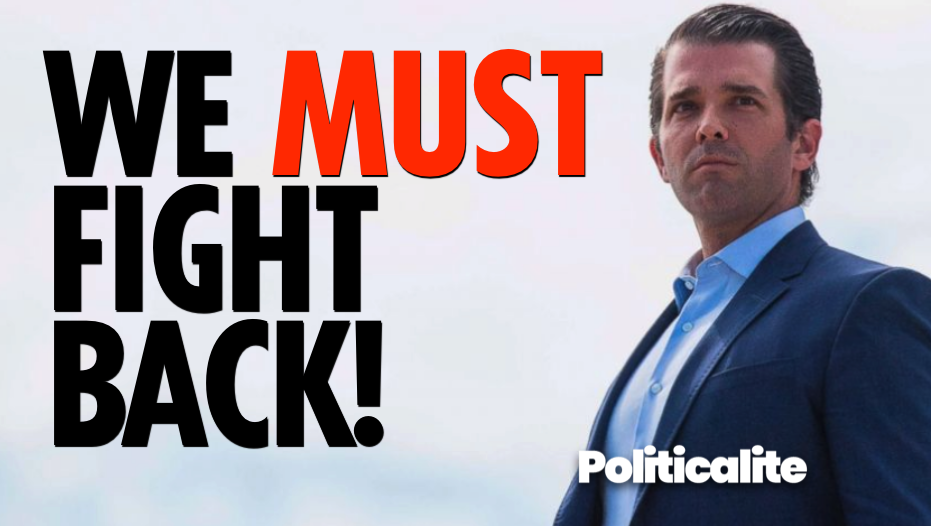 PRESIDENT Trump and his son, Donald Trump Jr. have both shown support for dozens of Conservative voices that were banned by Facebook this week, indicating that serious action against the ‘Tech Masters of the Universe’ could be coming.

The 45th President of the Free World Retweeted a tweet from Fox News’ host Maria Bartiromo. 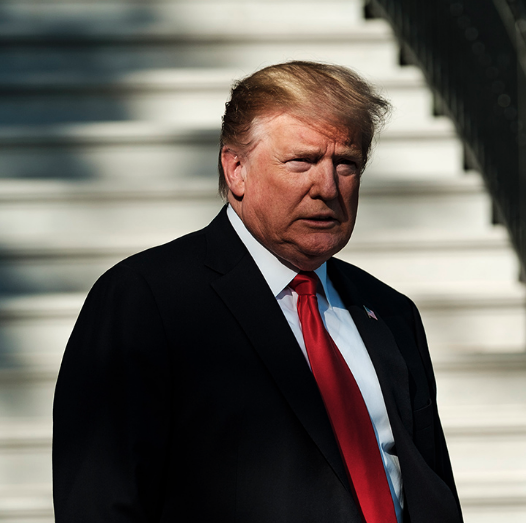 “This will become an imp & bigger story going into #2020 ⁦@GOPLeader⁩ ⁦@realDonaldTrump⁩ ⁦@MorningsMaria⁩ ⁦@FoxBusiness⁩ #voteharvesting.” said Maria, one of the few journalists covering the astonishing crackdown on political free-speech.

Paul Joseph Watson was among those banned by Facebook and he thanked the President for highlighting the struggle facing Conservatives online. 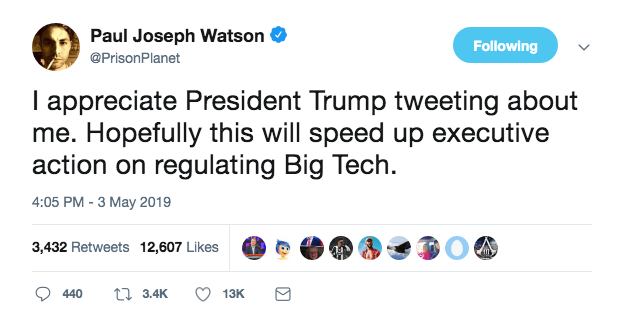 “I appreciate President Trump tweeting about me.” said Watson.

“Hopefully this will speed up executive action on regulating Big Tech.” 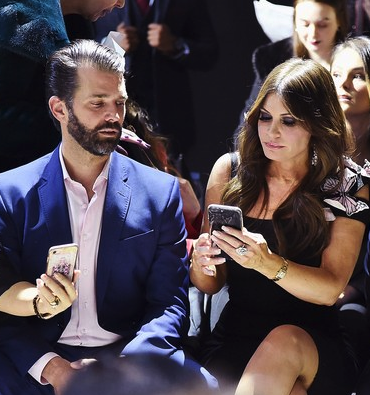 He said: “The purposeful & calculated silencing of conservatives by @facebook & the rest of the Big Tech monopoly men should terrify everyone.”

“It appears they’re taking their censorship campaign to the next level.”

“Ask yourself, how long before they come to purge you? We must fight back.” added Trump Jr. 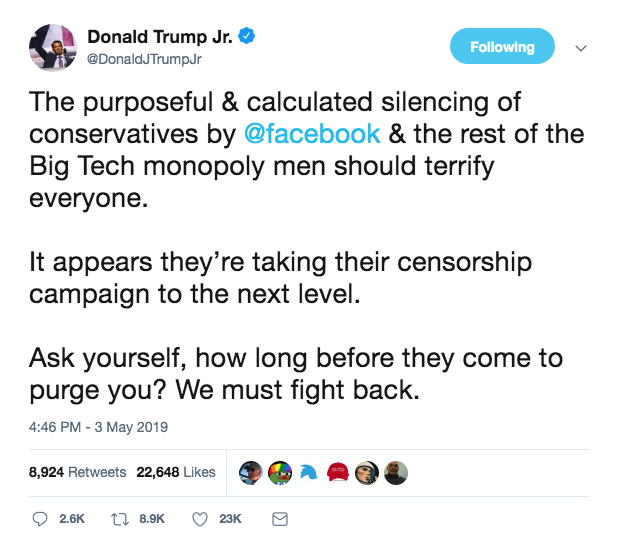 Watson slammed Facebook Thursday night after the social network doubled down on its mass-censorship of popular right-wing voices.

Dozens of U.S. and European online political voices stood up for Watson and demanded action on Facebook’s censorship that even saw the page of Politicalite UK get deleted for reporting on British MEP candidate, Tommy Robinson last week.

Breitbart Tech’s Allum Bhokari tweeted: “This is the key point. Facebook will ban you for sharing Infowars links now, unless you’re condemning them.”

It is openly punishing and rewarding users for their political opinions now.”

“This is a formula for censoring not just websites and personalities, but their supporters too”