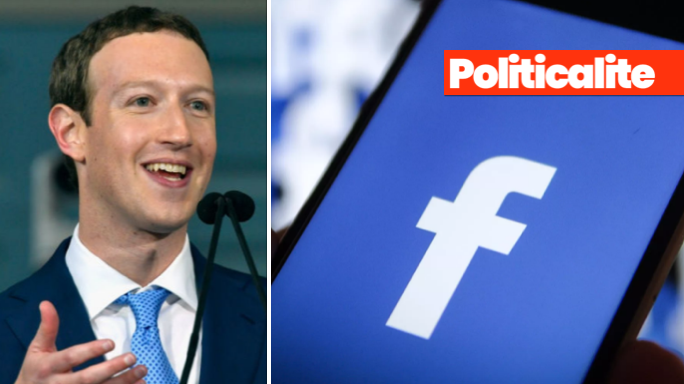 FACEBOOK has been accused of shadowbanning the page of British Alt News outlet, Goldfire Media, and has deleted a ‘West is Best’ political meme page, Politicalite can reveal.

Damien Taylor, of Goldfire, told Politicalite that “Censorship has been a big thing” for him since late 2017, when organisations like the Anti-Defamation League, Hope Not Hate declared war on free speech, censoring platforms like Facebook and YouTube.

“It goes without saying that we are not anti-Semitic or in any way collectively discriminant against anyone. However our content and content creators are under heavy fire.”

Within the last month one of his popular community Facebook pages called ‘The West Is The Best’ was banned by Facebook – which, according to Damien, scored over 10,000 followers on Facebook within six months of existing. 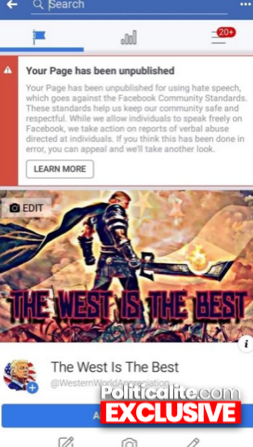 “It was permanently taken down without good reason.” says Damien.

“Moments afterwards, Juan Bibiano (our head of marketing, graphic designer, artist and a frequent writer for GFM) was banned permanently with no appeal. No reason was given by Facebook for either of these bans.”

Goldfire Media’s main page has been shadowbanned indefinitely, claims Goldfire and they say their reach barely scrapes 1% of their page audience.

Damien added: “I was banned on my profile a month back for making fun of a racist black woman, who was calling all white people unconditionally racist. I’m no stranger to being banned from Facebook myself so I’ve pretty much gotten used to it but it’s getting to the point where we are being removed and heavily censored for no reason.”

Another example of Facebook’s rampant censorship against the site was when Harry Goldsmith, the site founder was banned for a post he made years ago, when he asked his Facebook friends if they wanted to play video games with him.

Damien added: “I’m not going to pretend that censorship is only happening for us, it’s happening for the majority of outspoken conservatives across all major platforms. They came for Alex Jones, they’re coming after growing alternative media outlets us, then they will be coming after you.”

“We should probably let the left wingers know they’ll be coming for you next. It can just take one slip and then you fall into the category of ‘hate speech’, all because you misgendered someone or told a rude joke. This isn’t really about us, this is about all of you – we are just one level up from you.”

Damien urged users to Get on Gab, and said “it’s our next destination if Facebook steps up its game and bans us completely.”