A BLAST has rocked the U.S. Embassy in Beijing according to social media reports.

Smoke has been seen at the front of the Building along with a heavy Police presence northeast of the Chinese capital. 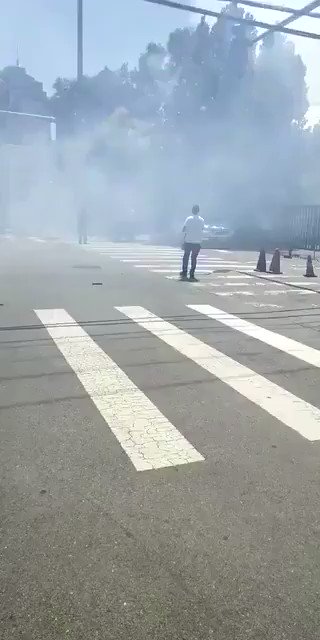 Police reportedly stopped a woman spraying petrol on herself in a suspected suicide attempt outside the embassy.

#BREAKING: Chinese state media say police stopped a woman spraying gasoline on herself in a suspected self-immolation attempt outside the U.S. embassy in Beijing. Witnesses say there’s been some sort of an explosion in the area. Videos keep getting deleted off social media.

A witness told Reuters that they have seen officers examining a vehicle outside the embassy.

TRUMP ON EUROPE: ‘Not one’ European country has been improved by influx of migrants