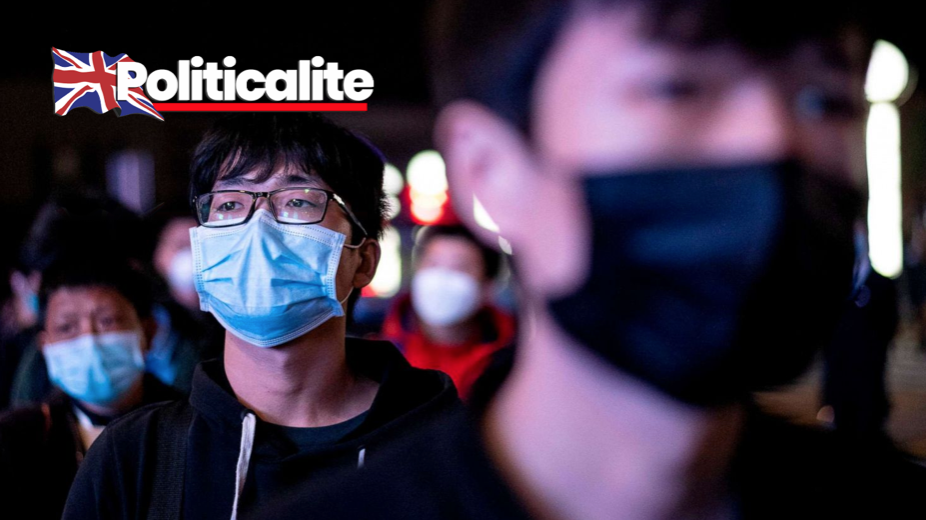 DESPITE The Chinese government telling the world in January that Covid-19 was not transferable to humans and that cases had only been recently recorded, freshly released data from the government now exposes their deceit – with some commentators suggesting this could just be ‘the tip of the iceberg’.

The first case of someone suffering from Covid-19 can be traced back to the 17th November, according to media reports on Chinese government data.

Yet bizarrely, the left-wing Guardian are among the very few media outlets to have so far reported on the damning revelation.

The shocking news comes after many in the UK have stated their belief that they may have contracted the virus at the end of last year – with members of the public reporting having experienced ‘severe flu-like symptoms’.

The report, published in the South China Morning Post, announced that Chinese authorities had identified 266 people who had contracted the virus in 2019 and were placed under ‘medical surveillance’.

The earliest of these recorded cases took place on the 17th November 2019, TWO MONTHS before the WHO – basing their information on ‘facts’ given to them by medical experts representing the Chinese Government – publically stated that the virus could NOT be transferred from human to human.

During ‘cover-up’ period, in an apparent effort to stop the true threat of Covid-19 from being revealed to the world – and directly endangering millions of lives – China’s communist government carried out a widespread crackdown on Chinese doctors attempting to warn of the presence of a new ‘SARS-like virus’ emerging in Wuhan.

The data, obtained by The Post, recorded a 55-year-old from Hubei Province being the first potential person to have contracted Covid-19 – the ‘invisible enemy’ that continues to claim lives and ruin economies.

Over the following month, up to five new cases were reported each day, reaching 20 new cases every 24 hours by December 2019.

Almost 81,000 of recorded Coronavirus cases to date have occurred in China, mostly in the province of Hubei. Yet Chinese authorities did not publicly concede there was human-to-human transmission until late January.

Upon being informed of the report, Jonathan Mayer, professor emeritus at the University of Washington’s department of epidemiology, told The Guardian that it was “entirely conceivable” there were cases as early as mid-November.

“We know that there are reports of early suppression of reports of cases, and the ‘whistleblowers’ dealt with rather severely” he added.

Despite growing calls for the Chinese Government to be punished, and in complete ignorance of mounting evidence, in recent weeks Chinese officials have pressed-on with an extensive propaganda campaign to wash its hands of any responsibility.

On Thursday, Zhao Lijian, a foreign ministry spokesman, stated – without evidence – that the US army may have brought the virus into China – contradicting the head of China’s Center for Disease Control and

Prevention who has publicly accepted that the virus originated in Hubei.

The actual cause of the virus is still under dispute, with the official narrative that Covid-19 originated from bats sold at a wet market in Wuhan now being widely questioned by politicians, scientists, and even world leaders.