THE CLASS DIVIDE: The report that reveals the 1% have controlled Britain for centuries
Advertisement

GRIM UP NORTH: Lancashire revealed as 'one of the POOREST parts of Europe' according to new data 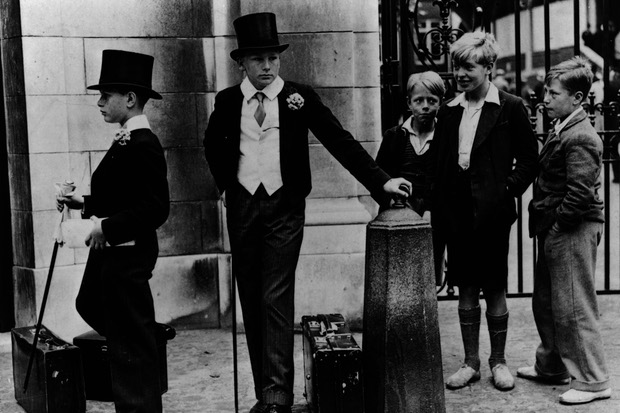 A group of local boys look on with curiosity and amusement at Harrow schoolboys Peter Wagner (left) and Thomas Dyson in their formal uniform at the Eton vs Harrow cricket match, held at Lord's cricket ground, London. (Photo by Jimmy Sime/Getty Images)
213
SHARES
Share Tweet

A STUDY by two economists using the educational status and surnames in England between 1170 and 2012 has revealed that the 28 generations of families have remained in Britain’s top 1% for centuries.

In 2014, Quartz reported that Surnames first adopted by the upper classes in England, mainly the Norman, Breton, and Flemish conquerors of England in 1066, that were recorded in the ‘Domesday Book of 1086’ – Britain’s oldest surviving record of Britons.

Many of these surnames reappear Baskerville, Darcy, Montgomery, Neville, Percy, and Talbot. Many of these have persisted at the very top of society for generations.

Oxford or Cambridge attendance has an even stronger link.

Oxbridge had its own special entrance exams until 1986, and until 1940, the exams for Oxford included a test in Latin.

“Social status is more strongly inherited even than height,” said Gregory Clark of the University of California.

Davis and Neil Cummins of the London School of Economics added “This correlation is unchanged over centuries. Social mobility in England in 2012 was little greater than in pre-industrial times.”

And before 1902, there was little public support for university education in England.

Most scholarships went to students from the elite secondary schools to help them excel in the scholarship exams and it wasn’t because they were poor and talented.

All the social and economic changes we take for granted haven’t made a lick of difference to the correlation between elite and best-educated surnames and social status.

“Even more remarkable is the lack of a sign of any decline in status persistence across major institutional changes, such as the Industrial Revolution of the eighteenth century, the spread of universal schooling in the late nineteenth century, or the rise of the social democratic state in the twentieth century,” they said.

GRIM UP NORTH: Lancashire revealed as ‘one of the POOREST parts of Europe’ according to new data