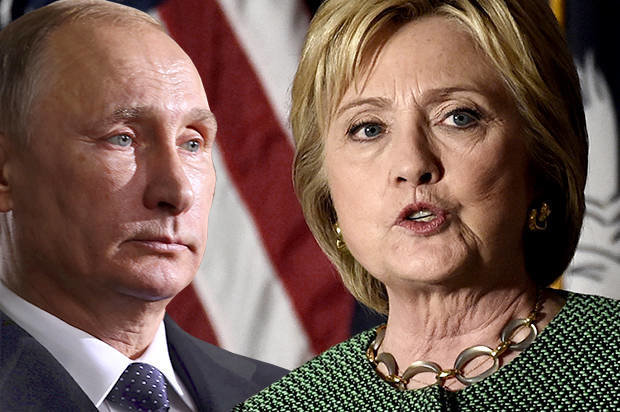 HILLARY Clinton and the Democratic National Committee (DNC) PAID for research that resulted in the infamous dossier that made allegations about President Trump and models in a Russian hotel according to The Washington Post.

A lawyer representing the Clinton campaign and the DNC, hired Fusion GPS, a Washington company, to conduct research on Trump.

After that, Fusion GPS employed dossier author Ex- British intelligence officer, Christopher Steele with ties to the FBI and the U.S. intelligence community, according to those people, who spoke on the condition of anonymity.

Elias and his law firm, Perkins Coie, worked with the company in April 2016 on behalf of the Clinton campaign and the DNC.

The Clinton campaign and the DNC, through the law firm, continued to fund Fusion GPS’s research through the end of October 2016, days before U.S. Election Day.

One person close to the matter said the campaign and the DNC were not informed by the law firm of Fusion GPS’s role.

The dossier has become a lightning rod amid the intensifying investigations into the Trump campaign’s possible connections to Russia.

Some congressional Republican leaders have spent months trying to discredit Fusion GPS and Steele and tried to determine the identity of the Democrat or organization that paid for the dossier.

After all the commotion, it turns out it was The Democrats who ‘colluded’ with Russia.