MICHAEL LEE: Yes! You A Nazi Because You Don’t Want To Have Sex With Me
Advertisement 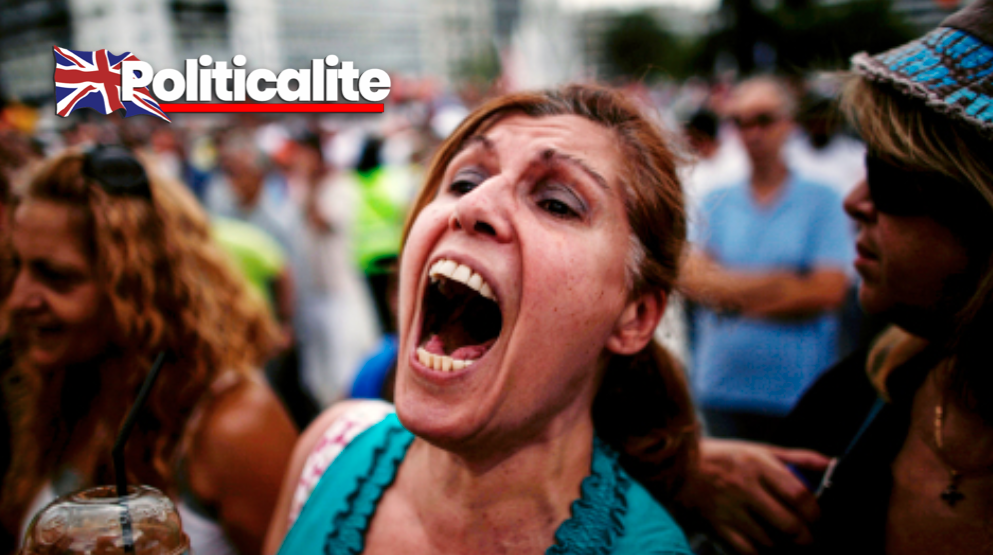 YES, you read that right. You are an intolerant and inconceivable bigot if you don’t want to sleep with me. And if you don’t accept my unwanted advances in your personal space, then you are just another narrow-minded homophobe who will be condemned and cancelled beyond comprehension for the entirety of the Twittersphere and the LGBTQ+ community to see.

Sound familiar? It should do. It’s funny that in recent years we have gone from leftists screeching ‘my body my choice’ to now, consensual choice being a form of ‘discrimination’.

These are very dangerous and politically correct times indeed. So dangerous in fact, that you can’t even have casual and meaningless sex with an incognito quick swipe to the right on Tinder without being accused of being a white supremacist hell bent on racial genocide.

That’s because in these highly sensitive social times of 100 genders and ‘incorrect’ pronouns that can cause mass
devastation on those inflected, you are all but a tweet away from causing a catastrophic nuclear war of apocalyptic magnitude, and all because you didn’t ejaculate the politically correct way in the politically correct progressive hole while adhering to the preferred pronouns of the pansexual progressionist person who wants to punish you for not pursuing them.

Dating should be pretty straight forward in theory. When it comes to sex and personal preference,having carefree sex with an anonymous profile on a dating app should be easy as a swipe and a click.

And when it comes to those who we find physically attractive, we all have a preference. If a girl has a
preference for Asian guys for instance, would you class that as racist towards white guys? No, of course not. Most normal, logical thinking people would say this is just a case of a physical preference.

According to those on the left and particularly the virtuous and holier than thou LGBTQ+ community, you are societal, institutional and ultimately… a bigot, for not wanting to have sex with someone who is not your preferred preference.

Indeed, you are an absolute Nazi for not wanting to sleep with a different ethnicity or gender that may not be of your own personal choice of sexual partner based on your own individual traits and characteristics that you look for in someone to have sex with.

On the authority of the left, you need to want to have sex with everyone under the kaleidoscopic of the diverse and inclusive rainbow, even if you are not physically attracted to them.

This means that you can literally be a deplorable bigot for not wanting to date anyone that isn’t your personal type or preference. This also includes heterosexual men being physical attracted to transsexual ‘women’ even if said transsexual still has a penis. Because, if you are a heterosexual man and do not find an adams apple and a penis tucked away in a frilly pair of Primark knickers sexually tantalizing, then you are a despicable ‘transphobe ‘and should be marched to the guillotine and off with your cis head.

But if like most people and you want your head in tack and still on your neck, then you need to be physically attracted to any kind of person that makes a pass at you for the sake of diversity, this includes anyone from a 6 ft transsexual who just smashed the all times women’s weightlifting record with one hand and barley a sweat, a non-binary amputee cross dressing sumo wrestler, and a pink haired gender-fluid butch lesbian with dyed armpit hair (who identifies as a multi-coloured zebra on the weekend).

Yes, it is now an offensive to have a personal physical attraction. In fact, leftists and the LGBTQ+ community claim that it is actually a form of discrimination not to choose who you want to share semen with. Unfortunately, in a society which is slowly becoming a minefield of causing offensive just for the sake of being offended, it seems that even casually sharing salvia with an unidentified one-night stand is now a political transaction, rather than just a quickie that you’ll inevitably regret in the morning.

However, there are many issues with this form of modern-day dating dictatorship, not to mention the slight issue of right of personal consent and choice. After all, isn’t part of sexual and physical attraction found in our individualism in what we like and dislike? Diversity is represented in the different assortment of views and opinions that we have.

Our personal taste demonstrates and shows that we all have a physical preference, and there is nothing wrong with that, nor should anyone be made to feel like they have an annual subscription to the Ku Klux Klan if they don’t want to have sex with someone outside of their race either.

People’s dating or sexual preferences should not be an ‘equal opportunity’ form.

Sucking anonymous penis is not about equal opportunities. Every person has the right to choose who they date and have sex with while using whatever criteria they see fit. It’s a personal and intimidate choice and not racism, transphobia, or any other type of ‘phobia’ and ‘ism’ if you don’t find a particular person attractive.

Choosing who to date or who to casually have sex with is fundamentally a process of discrimination. And during that process, there are simply some hopefuls that will not get selected, and that’s just the way it goes. Your feelings may get hurt, you may be trigged to the point of no return and retreat back to your safe space because some asshole on the internet didn’t want to have sex with you. But guess what, somebody else will.

That’s the thing about preference, we are always somebody else’s preference.

Ultimately, what is considered aesthetically pleasing lies in the eye of the beholder. As a society, we are constantly told that diversity is our strength, but when it comes to diversity of opinions and personal taste, it seems not so much.

This is not the world according to Alexandria Ocasio-Cortez where we all ride on pink unicorns and dine on socialist ice cream together. This is the real nitty gritty of reality, not everyone is going to like you or want to jump into bed with you, and that is OK.

In a world where having sex has now become politicised, can’t we just leave the virtue signalling out of the bedroom and just ejaculate in peace without being compared to the Third Reich, please!?

UNHAPPY MEAL: Northerners Are Not Lovin’ Ronald McDonald’s Re-Opening Plans, and They Won’t Forget It