A MESSAGE OF HOPE: Mancs teach us that Terror WILL NEVER defeat Great Britain
Advertisement 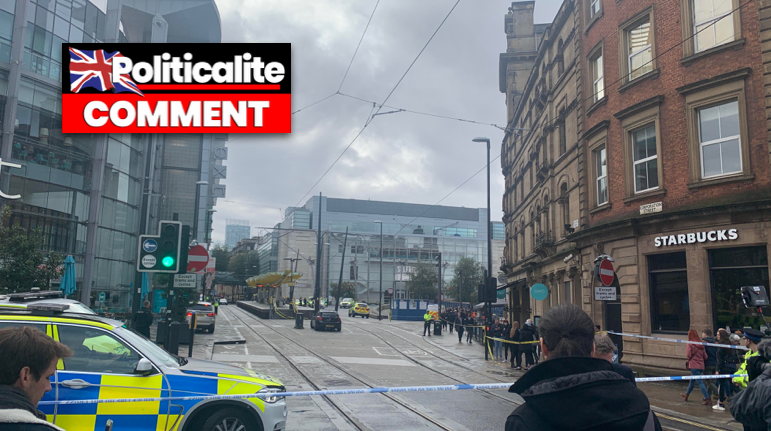 THIS WEEK the great city of Manchester endured yet another atrocity at the hands of a suspected terrorist, but what was striking was the spirit of ‘keep calm and carry on’ in the city in the aftermath of the knife attack.

Politicalite was on the scene following the incident, but what struck us the most was the cities strength to try to carry on as normal in the face of such horror.

We are all too sadly used to these incidents now – it has become the ‘new normal’ – but Britain has always been able to endure attacks. Just look at the Blitz.

While we must not become complacent in the fight against terror – we must also try to avoid becoming like the terrorists themselves in our reactions to such events. If we do, they win.

It is all too easy to succumb to hate, anger and racism that is fuelled by fear and a distrust of those that harm us, but we must also remember our own Christian values. After all, Great Britain is a Christian country.

To change the world, we must do good in the face of those who do bad to us – that doesn’t mean forgiving terrorists or becoming soft touches on those that do us harm, we must hunt down and fight those that intend to harm us – but we must also understand the reasoning behind such attacks and try our best to be the better man than the terrorist.

They believe that the ones that love them are evil Terrorist organizations that preach fear and hate and use them to advance their own agenda. These people are brainwashed and radicalized, and they lose all sense of reality and family.

Britain is a country that once put family at the forefront of our great nation, and there was a time in Britain when it was all about ‘faaaaaamily’ – and I hope you read that in the voice of the iconic EastEnd matriarch Lou Beale.

Family is something that can have one of the most significant powers in the universe — a group of people who share not just an identity but a common goal to stick together in the face of adversity.

As youngsters, most of us fortunate enough had a strong family unit around us, and if you didn’t – you still had your friends family who you classed as your own – that is a working-class trait.

We all may have argued with our siblings over the remote, until one cried-out ‘MAAAAM’, then we tried to gag the younger sibling who was grassing on us with a scatter cushion, and those bygone Christmas’ round at grandmas house all sat around the table at uneven heights, because we used every spare chair we could find.

The fights in the school playground when someone else picked a fight with one of our own – the point is here is that when we come together as one in the face of evil – we have a power like no other.

Great Britain is a bit like a family – a bloody dysfunctional one at that. We all have our differences, but together — if we unite against hatred as one big family against the evils of the world, we can defeat the evils of terrorism once and for all. 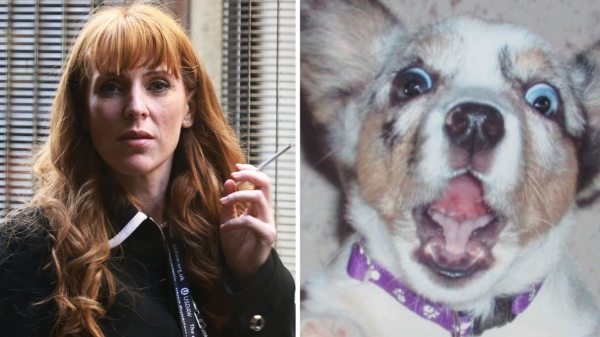 CRUELLA DE-LABOUR: Angela Rayner admits she once RAN OVER a dog

DEPUTY Labour leader Angela Rayner once ran over a dog, she has admitted The Manchester MP said she ran over the pooch during a...