RICHARD STRICKLAND: Why 2018 could be the year of Trump
Advertisement

TORY FOUR SCORE: Channel 4 failed to stick to its remit, no wonder it's being privatised 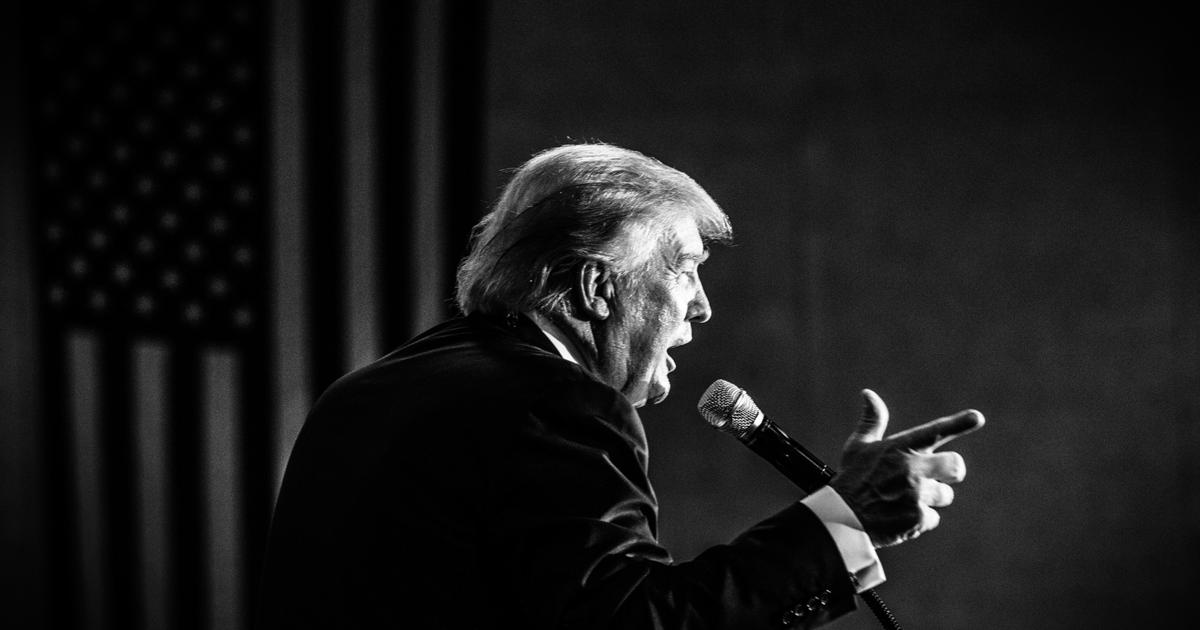 ROCHESTER, N.H. — Republican presidential front-runner Donald Trump declined Thursday to correct a questioner at a town hall event who incorrectly stated that President Barack Obama is Muslim and said he’d be “looking at” claims of terrorist training camps on American soil. Trump, who has a history of making controversial remarks about immigrants and other groups, was kicking off a town hall event in Rochester, N.H. – his first since Wednesday evening’s second Republican primary debate. “We have a problem in this country. It’s called Muslims,” said the first man Trump called on to ask a question. “We know our current president is one. You know he’s not even an American.” Trump, who was a driver of the “birther” movement that claimed Obama wasn’t born in the U.S, first responded with feigned exasperation – “We need the question,” he said, to laughs – but let the man continue. “We have training camps growing where they want to kill us. That’s my question,” the questioner continued. “When can we get rid of it?” Trump did not dispute the man’s assertions and said he’d heard others raise the issue. “We’re going to be looking at a lot of different things. And you know, a lot of people are saying that, and a lot of people are saying that bad things are happening out there,” said Trump. “We’re going to be looking at that and plenty of other things.” Read more here: http://www.sunherald.com/2015/09/17/6420650/trump-declines-to-correct-man.html#storylink=cpy
643

MANY lefties have been hoping that 2017 was a low point and they look forward to 2018 with dreams of impeachment, disastrous Trump approval ratings and Democrat victories at the midterm elections to diminish Trumps’s power.

There is trouble ahead for these Lefties, Globalists and supporters of No Borders as 2018 could see Political Novice Trump figure out how the wield the levers of power and get things done more than ever before. You have to remember Trump is a true outsider and is learning how to get the system to work. This applies to both Domestic Politics and also International Diplomacy.

In addition, the tax cuts will kick in and normal people will see their incomes improve and stocks continue to rise. This will drive Trump’s favourability ratings to higher levels, levels which will give the Republicans a good shot at keeping a majority in both Houses.

In fact, 2018 could be a nightmare for the left for a variety of reasons.

Trump has come to the realisation that China will not help with North Korea. They’ve even been caught red-handed breaking sanctions and trading oil with North Korea. While he had hoped they would help solve the North Korea problem he had to hold off on placing tariffs on Chinese goods.

Now we can expect the tariffs he has always promised on certain Chinese goods such as Steel, Aluminium and certain manufactured goods. It will be another promise delivered and have an immediate impact on jobs in the industrial areas that produce these goods – the ones that also voted him into power.

Trump has also asserted on several occasions that he will solve the North Korea problem, unlike his three predecessors. It is rumoured that he is a supporter or decisive action and that no options are ruled out on how to deal with North Korea. It is very likely that 2018 will be the year where he shows that his words are not empty and that he is willing to back them up with military action.

The NAFTA re-negotiation should come to an end in March. It’s very likely the re-negotiation will be unsuccessful and Trump will withdraw the US from the agreement and put tariffs on Mexican manufactured goods. This could be tied to The Wall. The wall has not gone away and the tariffs he places on Mexico will be part of how he gets the cash for the wall to be built. He may offer to reduce high tariffs to more moderate levels if Mexico contributes towards the building costs. That will be another promise delivered and another boost for the industrial regions as the production of some products – such as cars – switches back to the US.

The UN voting down Trump’s decision to move the American embassy to Jerusalem will lead to Trump withdrawing funds from this corrupt organisation. This will go down well with his supporters and be a popular move. No doubt most European leaders – such as our Prime Minister – will condemn this, but the public will support this.

The realisation that Pakistan and other supposed allies (the Saudi’s amongst others) are playing a double game in America will result in big reductions in Foreign Aid and support to these nations. Another move that will result in many protests from Europe and our own

Theresa May, but another move that will be popular with the Trump electorate, and the people in the street.

The Democrats will either have to agree to the end of Chain Migration, The immigration Lottery and support the funding of The Wall or the DACA initiative will be suspended. Either way Trump wins.

Once Trump makes some moves on tariffs against China and Mexico, there is also a great chance that tariffs may be placed on some manufactured goods from Germany – probably cars. Germany has a large trade surplus with the US and benefits from an artificially weak euro.

Also Merkel criticises every decision Trump makes on the International stage while at the same time not delivering the 2% GDP spending on defence that NATO members sign up for. Along with big differences between Trump and Merkel on how to deal with Islamic Terrorism, it makes it likely Trump will want to reduce these imports of German cars – another popular move that will give a boost to the car producing regions.

Finally, the Russian investigations will not amount to anything, and embarrassingly for Clinton and the Democrats, there will be a focus on her links to Russia, especially through Huma Abedin.

With mid-term elections in November, there will be a big incentive for Trump to take a lot of action in the first quarter or half of the year, so that his actions can have a positive impact on the ground by the election.

If he can get his base out to vote at the mid-term elections the Republicans will do much better than anyone expects. Many of the moves above will help do this, as he continues to deliver one promise after another.

Expect to much wailing and sobbing from ‘The Resistance’.