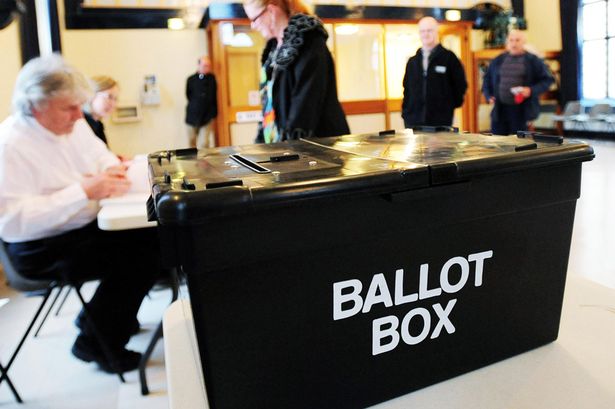 THE BREXIT referendum has shown that the Political Elite hate referendums, And that’s why we should have more.

It has become very clear since the EU referendum that our elected and appointed officials, along with many of their media chums, feel that referendums get in the way of their vision of a ‘true’ democracy and how things should be run.

The trouble with referendums is that the population actually get to say what they want. They get to implement the power of their sovereignty without it having to go through the filters and manipulations of the parliamentary system and parties that control it.

They get to give an answer to a simple question and then expect the elected representatives to get on and implement their decision.

The political elite doesn’t like the public having power because the result is outside the political establishment’s control.

The Political Establishment look down on the electorate with disdain and see them as too stupid and unable to understand the complexities and finer details of the issues at hand.

These elected representatives see themselves uniquely as more intelligent, with higher moral standards and having the knowledge and understanding to make decisions on our behalf. Once they are voted in, they would prefer not to have to listen to the voters until the next election.

The elite betrays how they see the population below them, they discredit any big movement that they don’t control as ‘populism’, ‘the tyranny of the masses’ and ‘mob rule’.

They have also learnt from the left, that it is also useful to tag any popular movement as promoting hate and intolerance, even ’racist’ or ‘facist’ or ‘far right’ instead of arguing why the views of the people are so wrong.

Often the interests of the electorate and the elected are not aligned. The electorate is voting for things that they judge will be in both their own, their families and communities and country’s best interest.

These voters make this judgement based on what they experience in their own lives in the towns, cities and villages across Britain. This angers the Politicians as they feel the people should take all the facts from the establishment’s media and from the government.

The elected are often looking at a career that could involve some final lucrative years in the House Of Lords, the EU or as a lobbyist – sometimes working directly against the best interests of the people.

When you combine the first-past-the-post system with the party system it facilitates, it is very difficult for a wide range of popular opinions to be heard.

Even then, if you were lucky enough to stand you would have to fight the establishment media and the political elite every step of the way, as they do their best to keep the outsider outside.

You could form your own party, but the last 100 years show that very rarely do new parties break through, and even when they achieve a decent voting share they often end up with no seats. (2015 UKIP achieved 12.6% of the vote and 0% of the seats in Parliament).

An introduction of more referendums would make our country more democratic. It would allow the voice of the people to be heard.

If the use of referendums was introduced to our system, it is very likely the death penalty would be restored, Islamic Immigration curtailed or ended completely, foreign criminals would be deported

whether they had family ties in the Uk or not, UK soldiers would not be open to prosecution under International Human Rights laws, there would be a ban on new Mosques and Foreign Aid spending would be greatly reduced.

This is exactly why the political class will do their best to stop the people having referendums and having their say.