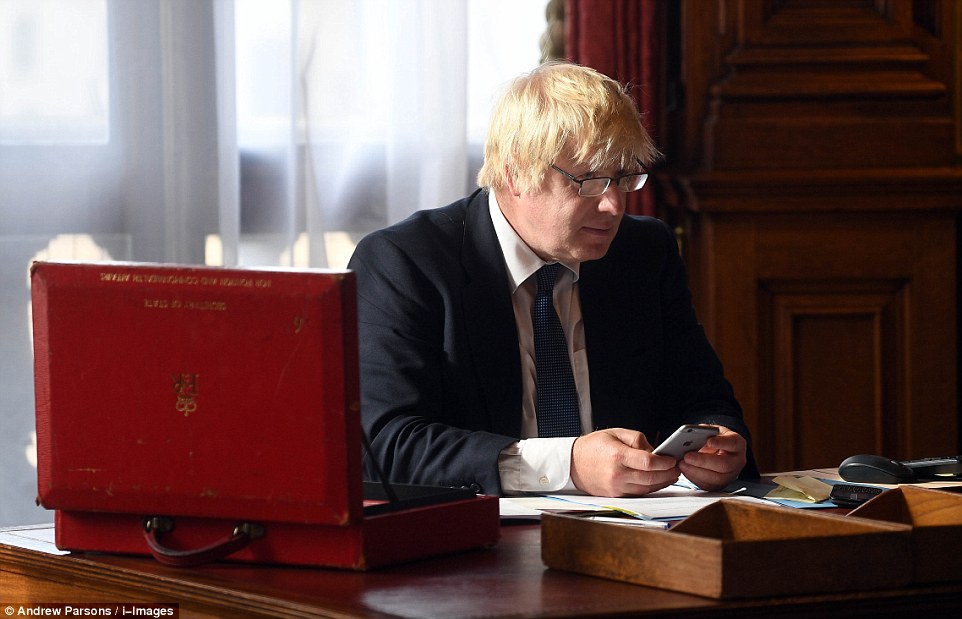 The group attacks firms who advertise in newspapers that have the “wrong kind of politics”, They class these groups as The Sun, The Daily Mail and The Daily Express.

Yesterday we reported on the groups latest attack on children’s charity, the NSPCC and now the foreign secretary has launched his own scathing attack on Stop Funding Hate by penning a piece in one of the papers being attacked by the left-wing hate group.

Writing in The Sun, Boris says: “It is one of the most worrying features of the modern world that free speech is coming under attack – even in societies that claim to be liberal and tolerant

We in this government believe that free speech is an integral part of a free society.

We believe that a free press is not only morally right; without a free press any society will eventually suffer from corruption and economic decay.

We can rightly be proud of the British tradition of free speech – dating from the triumphs of John Wilkes in the 18th century – that was part of the reason this country rose to economic and political greatness.

So it is incredible to find that this freedom of expression is now under vicious attack – in our own country.

A small but dedicated group of left-wing activists has launched a campaign to undermine the financial base of some newspapers whose views they dislike.

They have attacked the advertisers who help to fund those newspapers, and who make it possible for reporters to bring new facts into the public domain.

The tactic of this campaign – misleadingly called “Stop Funding Hate” – is to urge a boycott of all companies who place advertisements in the Sun, the Daily Mail or the Daily Express.

This week they even attacked the NSPCC – a much loved national charity – for the sin of running a promotion in the Sunday Express.

It is deeply disturbing to learn that this campaign is beginning to have an effect. Last year Lego dropped all advertising in the Daily Mail, and actually apologised to its customers.

In recent weeks Paperchase and Pizza Hut have followed suit.

I believe that these decisions are sad and mistaken and indeed cowardly.

It is not as if this internet campaign commands overwhelming public support. Despite all the noise and virulence of their campaign, there are said to be fewer than a thousand people who are actively involved.

And these companies should realise that they are bowing to a ruse – the attack on advertisers – that comes straight from some of the worst authoritarian regimes in the world.

As for those who are mounting the campaigns, they do not seem to appreciate the irony of what they are doing.

They may not like the editorial line of these publications, or the way in which they cover certain issues.

But this country has the world’s strongest laws against libel and defamation.

We have highly progressive legislation against hate speech and the whipping up of prejudice of any kind.

Parts of this article courtesy of The Sun

Run and hide is what we do during a Terror Attack, it’s not how we deal with Terror