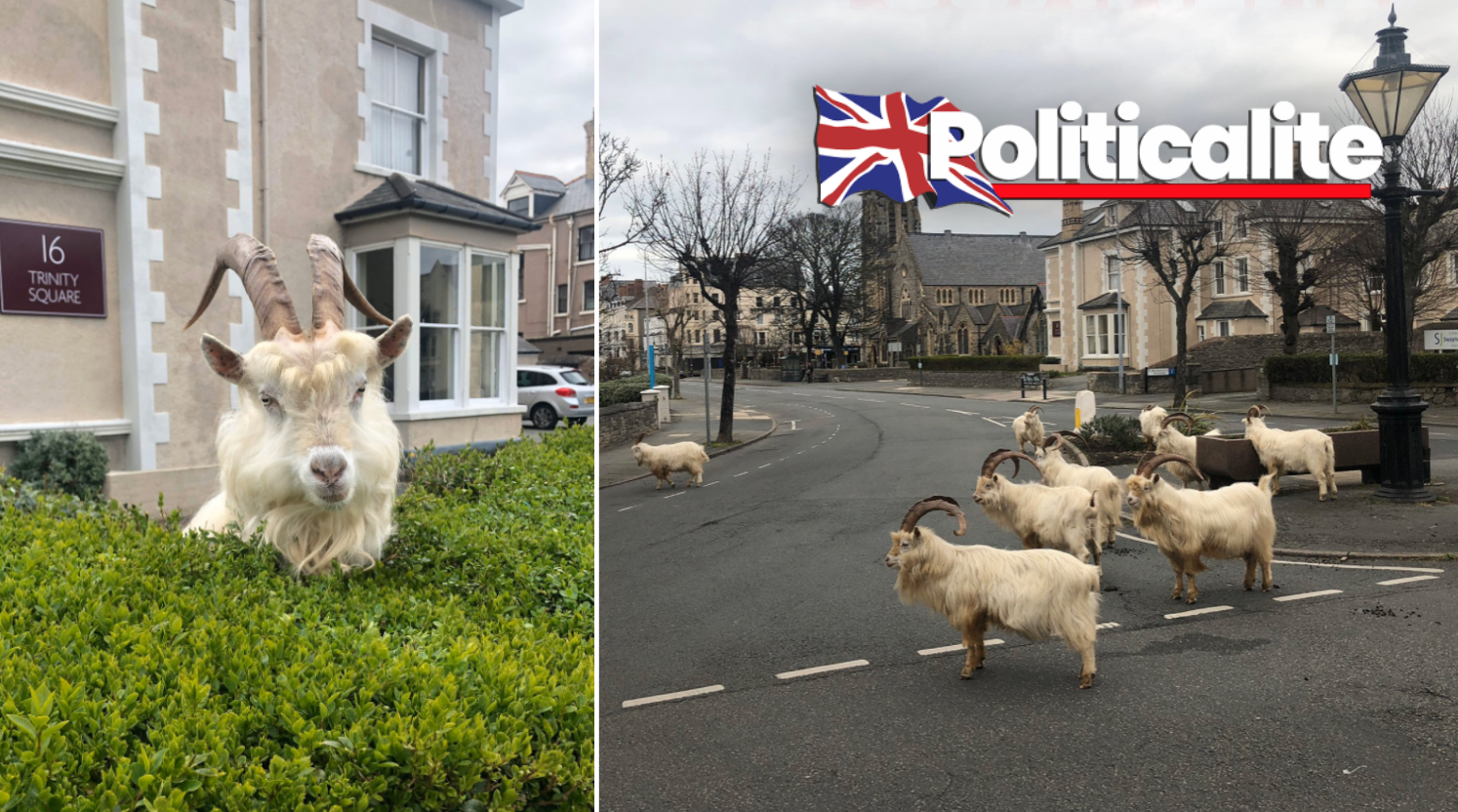 WE BRING you this emergency report from Politicalite’s nuclear bunker as an Army of goats overtook Wales in a surprise attack.

Kid Force division were not kidding around when they stormed the Welsh town of Llandudno.

They tried to intimidate locals by climbing onto hedges and staring Covid-hit citizens in their homes.

Goat update: they’re back, and they’re gathering in groups of more than 2 ? pic.twitter.com/Bc2N42SPGo

The Welsh town of Llandudno has now completely over-taken and sources tell Politicalite that they can’t even leave their homes twice a day to buy food.. due to the Goat army.

Police are said to be building checkpoints and are currently editing a drone film to shame the goats back into Isolation.

COMMENT: The Left Is Pretending ‘Not To Understand Boris’ Lockdown Exit Plan
To Top