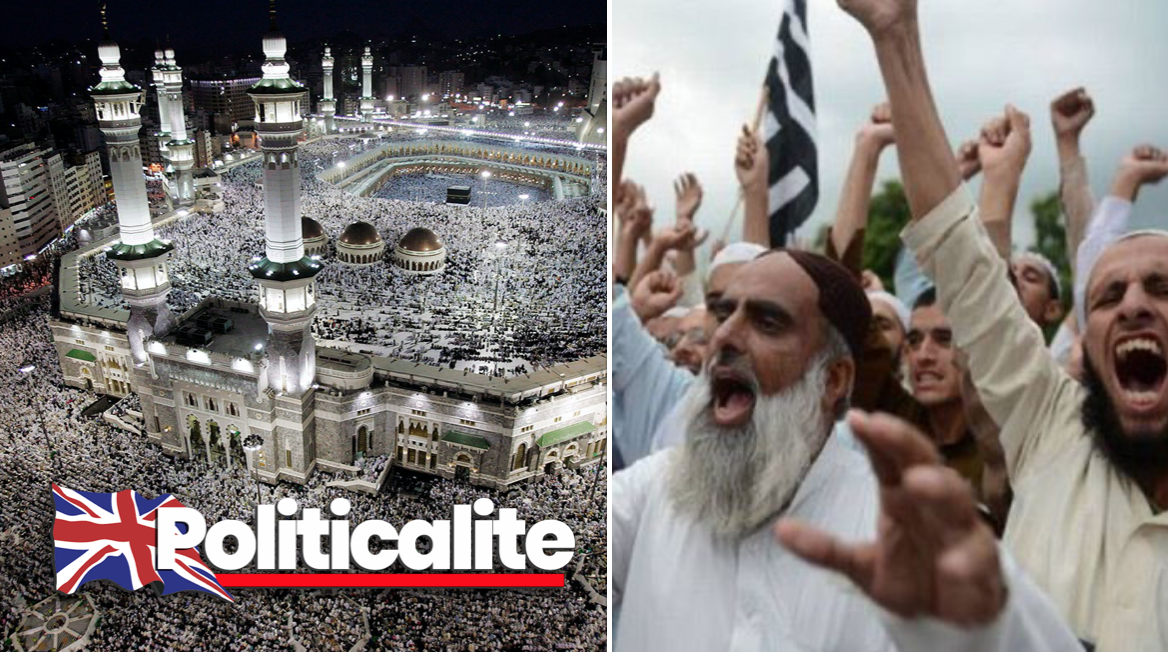 COVID-19 has disrupted Islamic worship in the Middle East, as Saudi Arabia BANNED its citizens and other residents of the kingdom from performing the pilgrimage in Mecca and Corona-hit Iran cancelled Friday prayers in major cities.

The decisions in Riyadh and Tehran affected both Sunni and Shiite Muslims alike.

The Saudi move expands a ban last week on foreigners visiting Mecca and Medina, home to the holiest sites in Islam.

The decision disrupted travel for thousands of Muslims already headed to the kingdom and potentially affects plans later this year for millions more ahead of the fasting month of Ramadan and the annual hajj pilgrimage.

Even after the announcement on February 27, people already in Saudi Arabia could still travel to Mecca’s Grand Mosque, where pilgrims circle the black, cube-shaped Kaaba that Muslims around the world pray toward five times a day.

The crowds were far smaller than usual before Wednesday’s statement from an interior ministry official, that was carried by the state-run Saudi Press Agency.

Millions attend the annual hajj, which this year is set for late July into early August, and many more visit the kingdom’s holy sites year round.

Those other pilgrimages are referred to as the umrah, which drew 7.5 million foreigners in 2019 alone. It remains unclear how the ban will be enforced.

The government described the suspension as “temporary,” but gave no hint at when it will be lifted.

The ban also appeared to encompass the Prophet Muhammad’s Mosque in nearby Medina.

The decision seeks to “limit the spread of the coronavirus epidemic and prevent its access to the Two Holy Mosques, which are witnessing a permanent and intense flow of human crowds, which makes the issue of securing these crowds of utmost importance”, the Saudi government said.

In Iran, authorities halted Friday prayers in all provincial capitals amid the country’s growing coronavirus outbreak, which has killed at least 92 people amid 2,922 confirmed cases.

Iran and Italy have the world’s highest death tolls outside China.

“This disease is a widespread one,” Iranian President Hassan Rouhani told his cabinet, according to a transcript.

“It encompasses almost all of our provinces and is, in a sense, a global disease that many countries in the world have become infected with, and we must work together to tackle this problem as quickly as possible.”

The announcement came a week after a similar order affected Tehran and several other major cities.