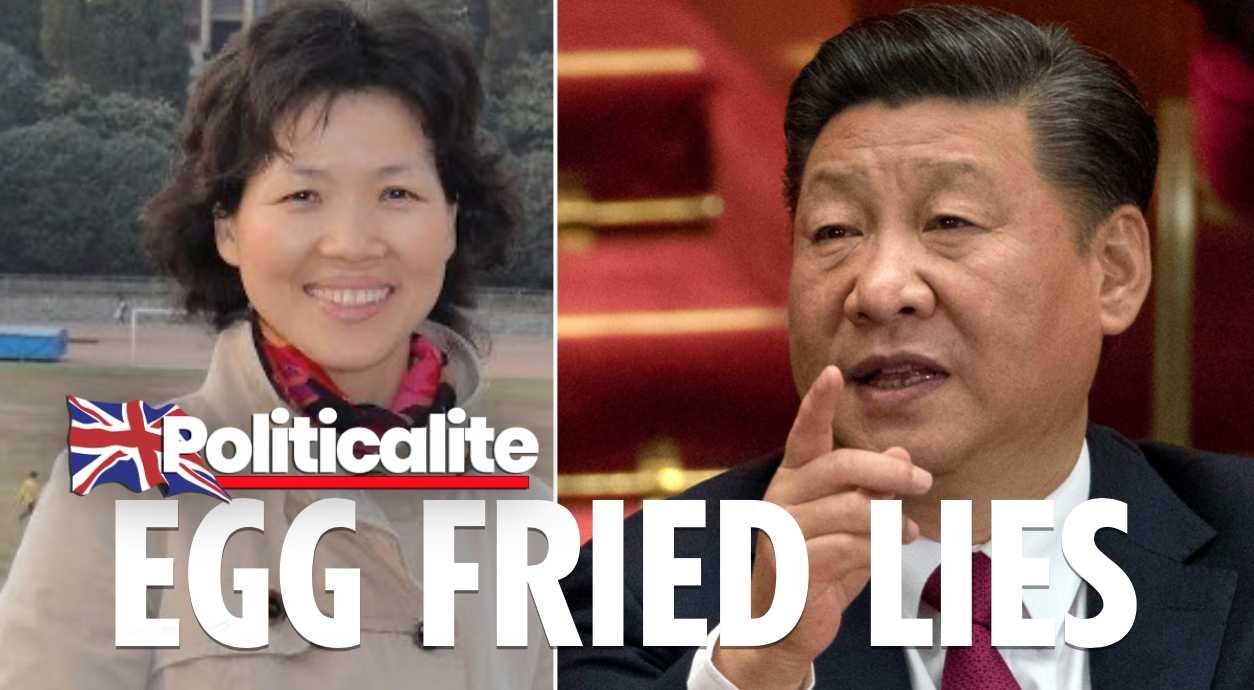 SO FAR so good, as an exercise in crisis management by the totalitarian Chinese Communist Party.

The disastrous pandemic of the Wuhan coronavirus is a major challenge for Beijing, possibly bringing the dramatic rise of China as an economic power to an abrupt halt, and shattering its modernising image. Searching questions will be asked of why the regime silenced doctors who raised the alert in December 2019, why human-to-human transmission was denied until mid-January, and why it opposed international travel restrictions. However, the CCP knows that the West will be too busy dealing with the economic carnage to conduct an urgent and comprehensive inquiry.

The official story of the viral source has hardly been queried by Western media or politicians. The blame is on backward folk who eat freshly-killed bats, among other creatures, at a traditional market. Yet as these markets exist throughout China, few have asked why the coronavirus erupted in Wuhan, or whether it is simply coincidence that this city has two institutes engaged in coronavirus research.

As with any major adverse event, conspiracy theories abound. But the true story of the origin of the pandemic has not been told. If there is any conspiracy, it is the attempted cover-up by the Chinese authorities. The likelihood is Covid-19 began not in a humble market but in a highly-sophisticated research laboratory.

A prolific researcher at Wuhan Institute of Virology is Shi Zhengli, known as ‘Bat Woman’. 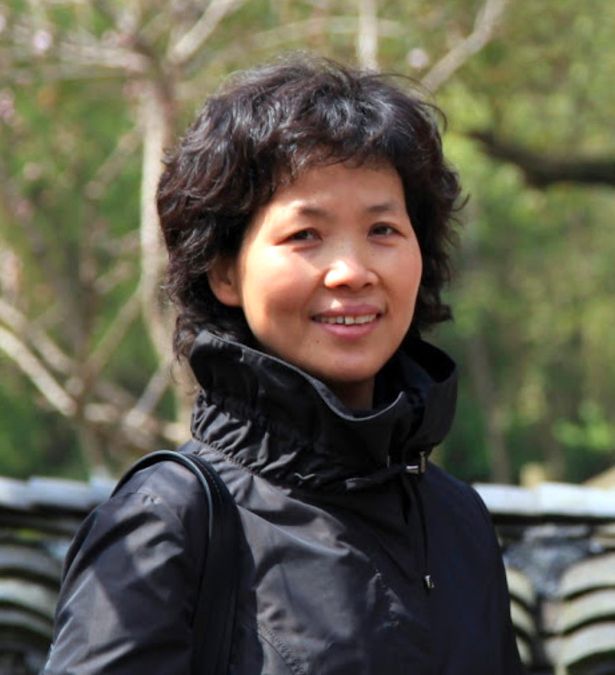 In 2015 Zhengli was one of the authors of a scientific report in the journal Nature Medicine, titled ‘SARS-like cluster of circulating bat coronaviruses shows potential for human emergence’. This study combined a coronavirus from bats with a SARS-like pathogen in mice. Some virologists expressed concern, Simon Wain-Hobson of the Pasteur Institute in Paris warning that ‘if the virus escaped, nobody could predict the trajectory’. With this synthetic coronavirus, Zhengli and associates showed the pathway for transmission from bats to human beings.

Contrary to the accepted narrative, bats are not sold at the market in Wuhan. Those widely-shared videos of people eating vampire bat soup were not filmed in Wuhan, or indeed in China, but in Indonesia.  The Covid-19 coronavirus is derived from the horseshoe bat, which researchers take from caves a thousand miles south of Wuhan. Furthermore, in a study of 41 early cases of Covid-19 published in the Lancet, 17 had no history of exposure to this market, indicating that the outbreak had another source. 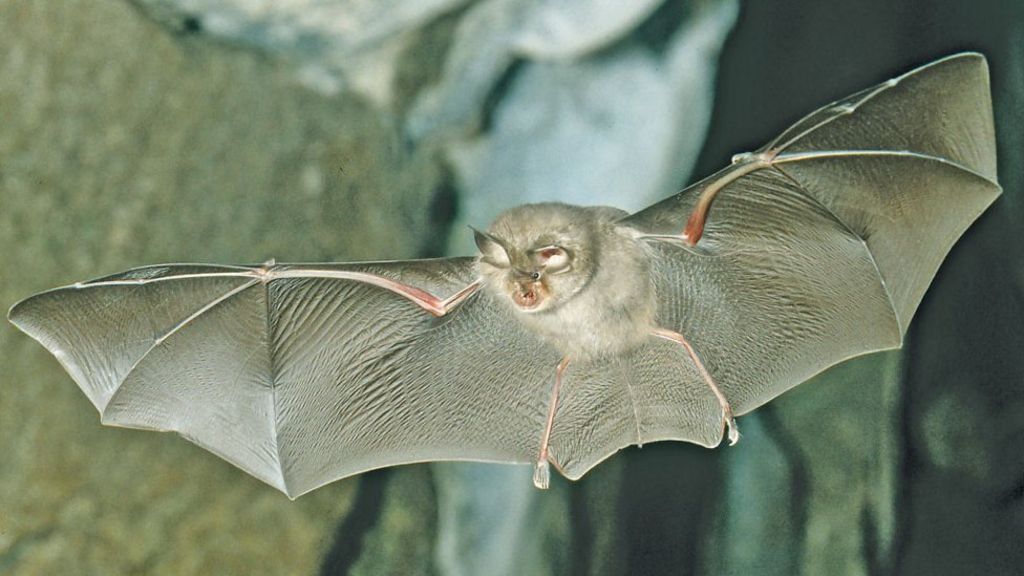 A scientific paper by South China University of Technology, now deleted, stated that ‘the killer coronavirus probably originated from a laboratory in Wuhan’. Bats are sharp-clawed creatures and the mechanical gripper is often splattered with blood and urine, potentially infecting a careless worker. ‘Patient Zero’ could have been research graduate Huang Yanking, whose research papers were removed from the institute’s website.  Zhengli vehemently denied rumours of the virus coming from her laboratory, but she could be acting on orders. The stakes are high, and anyone who fails to toe the party line risks disappearance.

Covid-19 is highly similar to a SARS-like bat coronavirus previously discovered by the Nanjing Military Research Institute. In an Epoch Times documentary, molecular biologist Judy A Mikowitz doubted that Covid-19 was transmitted directly from bats: ‘I certainly believe that the 100% amino acid similarity says it can’t possibly be a natural mutation. It almost certainly is a recombination event that was laboratory driven’.

While ‘Bat Woman’ appears to have been muzzled, in February Chen Wei, the top biochemical weapon expert in China, and a major general in the People’s Liberation Army, took over as head of the supposedly biosecure laboratory in Wuhan.  A specialist in genetic engineering of vaccines, Wei led a team that developed a vaccine against ebola, saving countless lives. However, this appointment raised suspicions of military involvement in viral research. Dany Shoham, a former Israeli military intelligence officer who studies Chinese biological warfare, suggested that Wuhan Institute of Virology is linked to Beijing’s covert bio-weapons programme.

A secretive state leaves much to speculation. But it seems that the mainstream media are preparing for the terrible truth. The Guardian is tentatively asking whether Covid-19 originated somewhere other than a bat stall, with a recent article citing molecular biologist Richard H Ebright’s remark that a laboratory leak cannot be ruled out.

Like the Chernobyl disaster, when the totalitarian USSR desperately tried to hide the horror by clamping down on experts and witnesses while minimising the risk to citizens over a vast area, the CCP was more concerned with propaganda and censorship than preventing the spread of the virus. This would be bad enough if Covid-19 was caused by misfortune in a poorly regulated market. But it would be a much more serious indictment if the deadly germ was created by Chinese scientists. And if so, why? 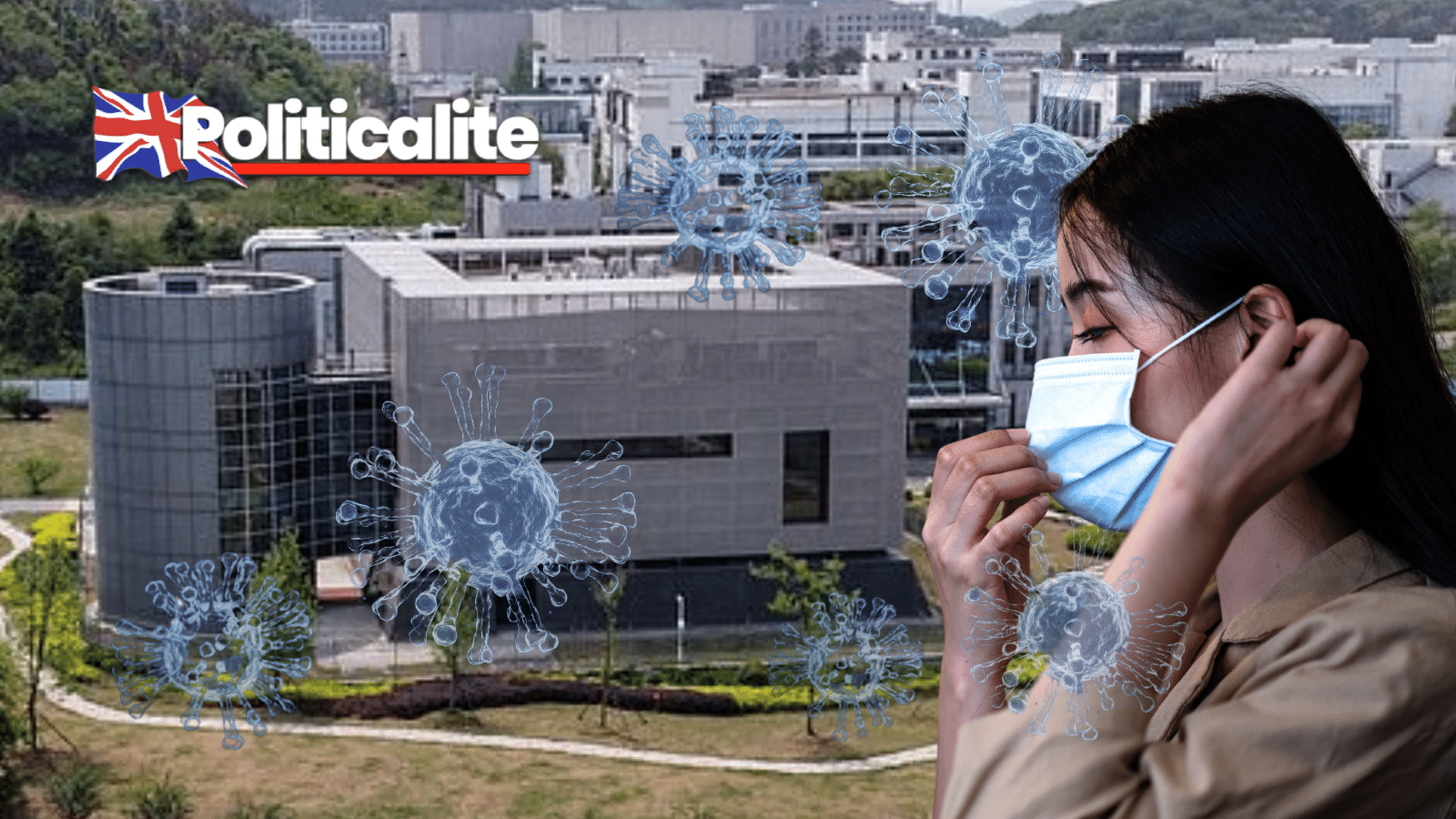 WORLD Health Organisation investigators are not ruling out claims that the Coronavirus escaped from a lab in Wuhan. Dr Peter Daszak, part of the... 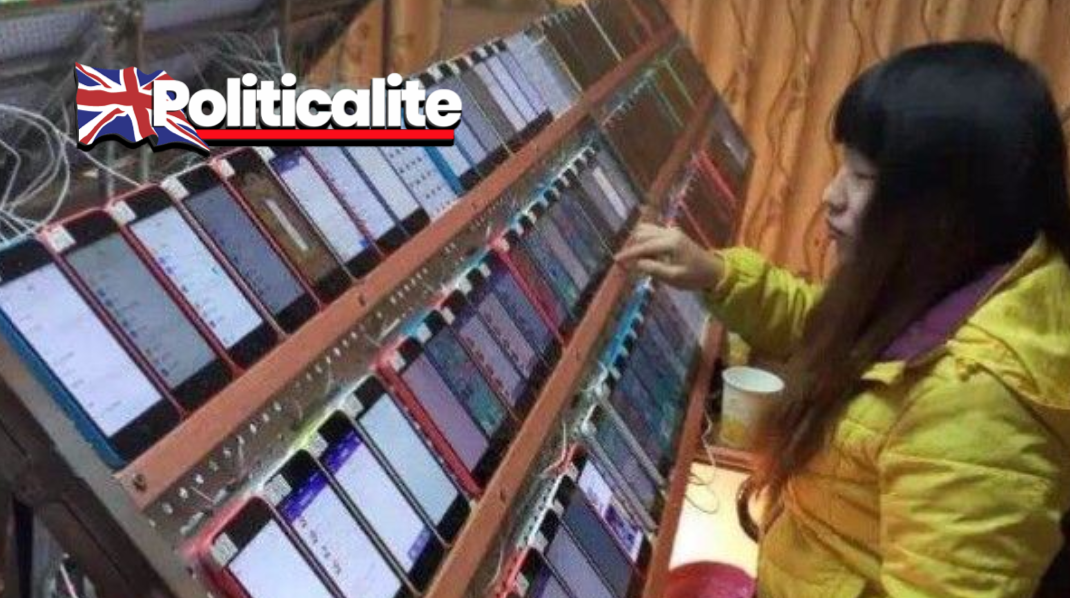 THE US State Department said Friday that they have uncovered evidence that the Chinese government is using social media bots to spread disinformation about... 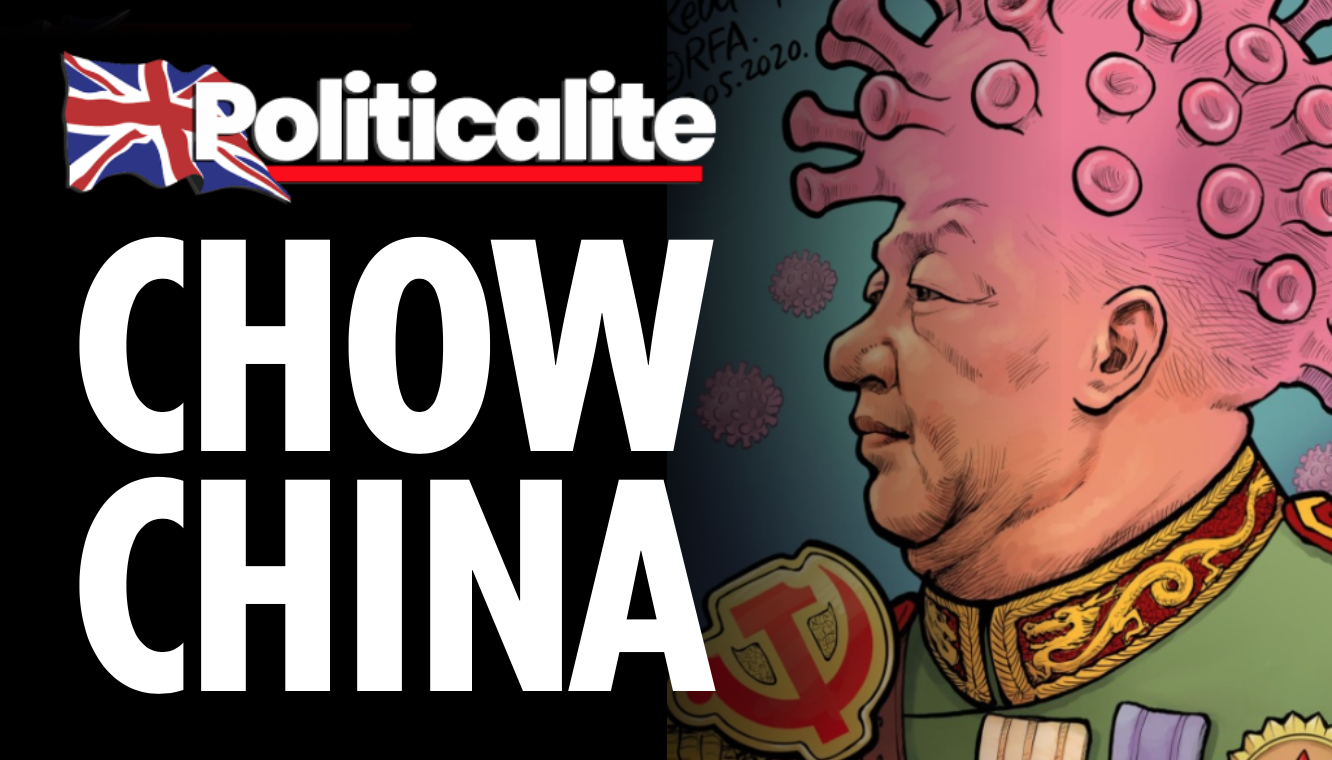 THE COVID-19 coronavirus pandemic would not have been as damaging had the so-called People’s Republic of China not covered up the early development of... 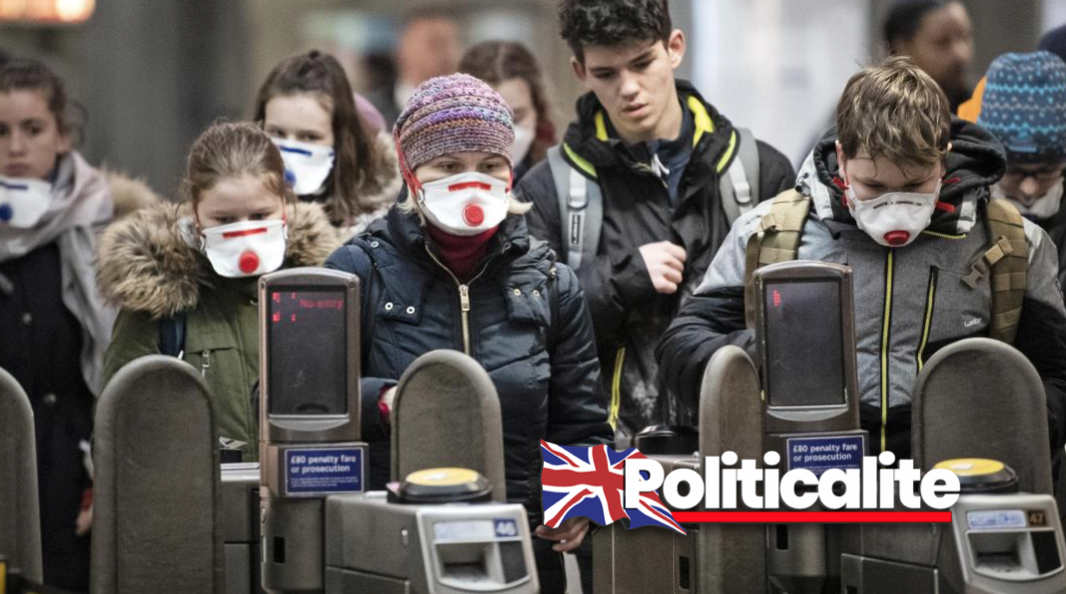 WE WILL MAKE IT: UK ‘Could Enter Lockdown Within Two Weeks’ as Italy death toll hits 631

ITALY was placed in total lockdown amid fears over the deadly Coronavirus that has already killed hundreds and infected over 7,000 – and Britain...