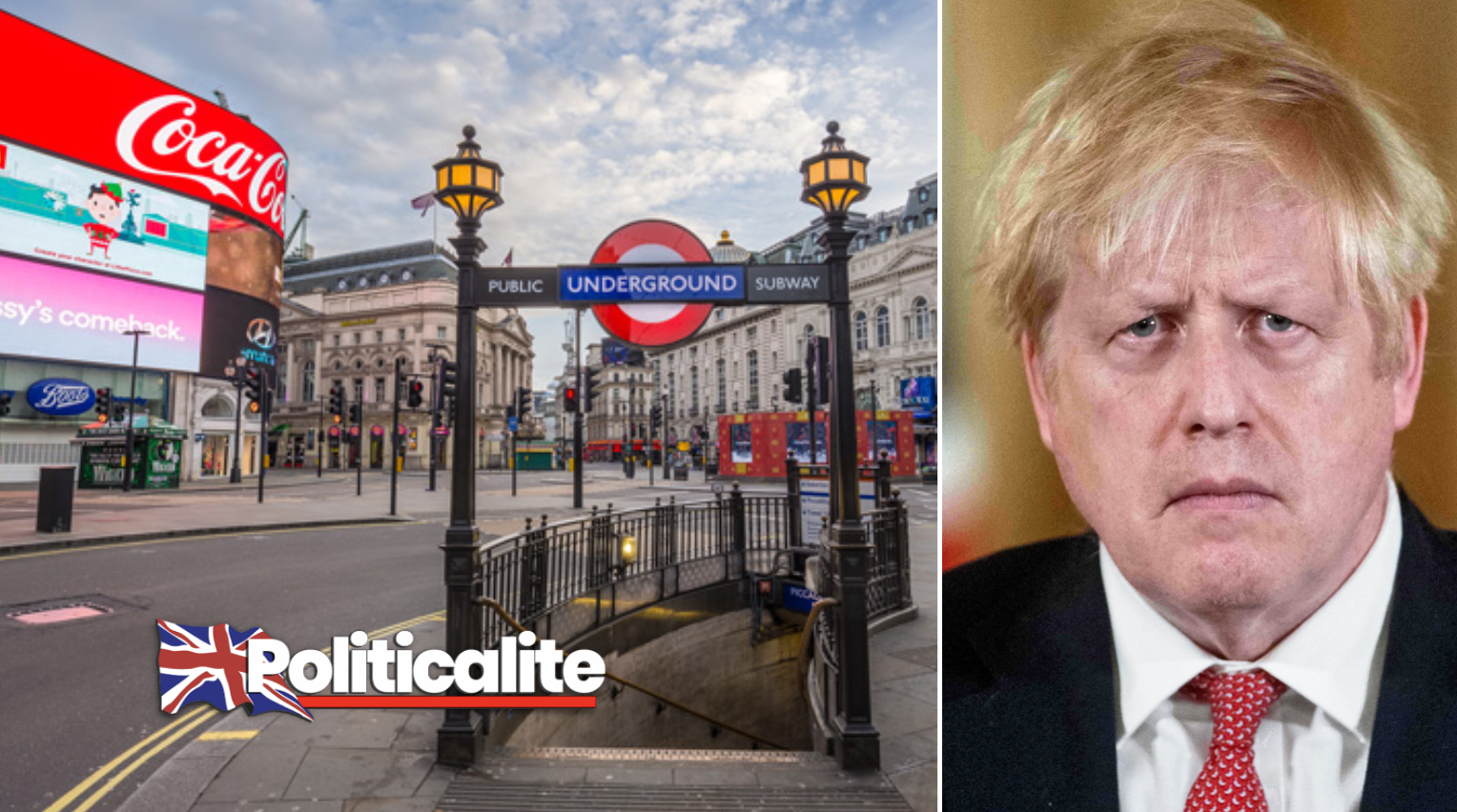 BORIS Johnson’s national lockdown is opposed by a whopping 72% of Politicalite readers, as he battles to get his restrictions to control the virus through Parliament.

In a televised address to the nation on Monday night, the Prime Minister told the nation to stay indoors other than for limited exceptions, with measures expected to last until mid-February. The Prime Minister bowed to significant pressure to order primary schools, secondaries and colleges to move to remote teaching for the majority of students from Tuesday.

Mr Johnson’s statement came after the chief medical officers for the first time raised the UK to the highest level on the Covid-19 alert system, but in a poll of 1,240 of Politicalite readers, 72% say the do not agree with the lockdown restrictions. 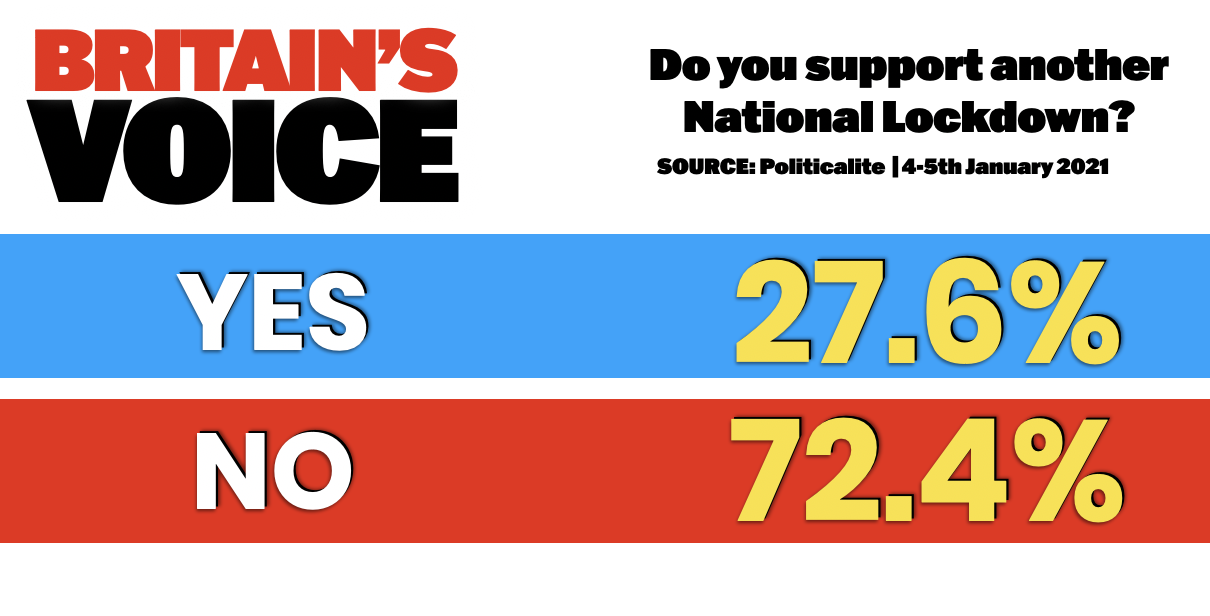 MPs will return to Westminster to vote on regulations enforcing England’s national lockdown.

The Commons has been recalled from its Christmas recess for the second time, to debate and retrospectively vote on the measures announced by the Prime Minister on Monday.

Boris Johnson will update MPs on the new controls – which include the closure of schools to most pupils and a return to the stay at home order – before a vote due in the evening.

The measures are expected to pass with ease, with Labour set to support the motion.

It comes as the World Health Organisation said it would not recommend witholding the second dose of the vaccine for up to 12 weeks, insteading suggesting the interval should be between three and four weeks.

Meanwhile, Education Secretary Gavin Williamson will outline a package of support for young people, after students in England were told this year’s GCSE and A-level exams would be scrapped.

The regulations enforcing a national lockdown in England came into effect at 00.01 on Wednesday, as new figures suggested one in 50 people had coronavirus last week.

Data from the Office for National Statistics suggested 1.1 million people in private households in England had Covid-19 between December 27 and January 2.

His comments came as the number of daily confirmed cases of coronavirus in the UK topped 60,000 for the first time, while a further 830 people died within 28 days of testing positive for Covid-19 as of Tuesday.

But in a sign of progress, the Prime Minister said that more than 1.3 million people have been vaccinated against the virus across the UK so far, including 23% of all the over 80s in England.
Prof Whitty, speaking alongside Mr Johnson at a Downing Street press conference on Tuesday evening, said the vaccine timetable was “realistic but not easy”, and that the NHS would have to use “multiple channels” to get it out.