MASK OFF: Face Coverings and Social Distancing to END for Brits on July 19
Advertisement 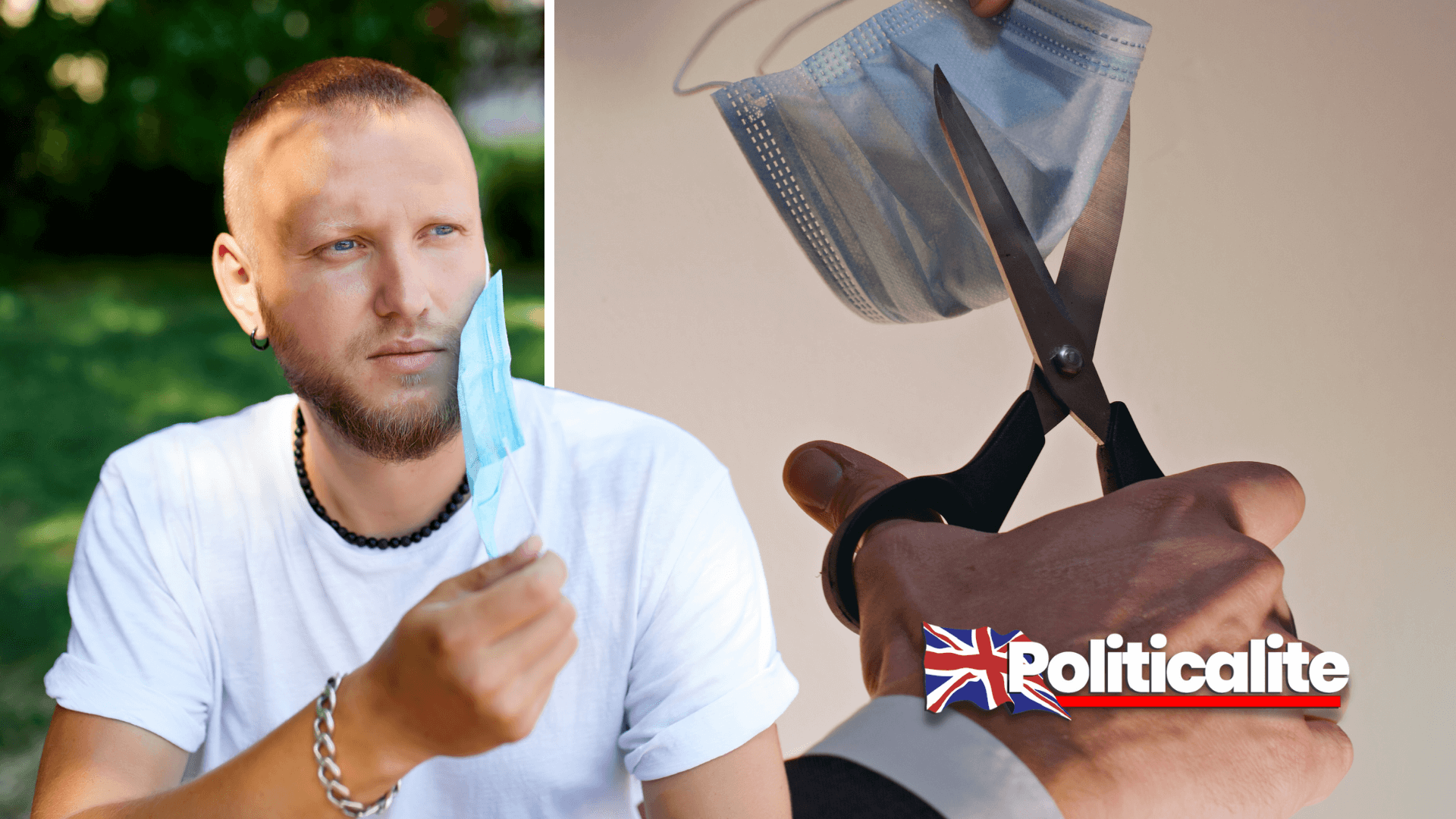 MASK wearing will end and social distancing will no longer be required as part of “freedom day” unlocking on July 19, according to Downing Street sources.

Boris Johnson is understood to be preparing to update the nation this week on his plans for easing coronavirus restrictions in England, with multiple newspapers suggesting the Prime Minister believes a host of domestic measures can end on his “terminus date”.

The Sunday Times claims that hated mask wearing will become voluntary in all settings and the one metre-plus rule in hospitality venues will end, meaning a return to drinking at the bar without the requirement for table service.

Mass events, including festivals, will also be allowed under the proposals for the final stage of the road map out of lockdown, the paper said.

The Government also expects to receive the results of the taskforce reviews into the use of so-called vaccine passports and the future of social distancing to be made available this week, the Sunday Express said.

It comes as Health Secretary Sajid Javid wrote in the Mail on Sunday: “The economic arguments for opening up are well known, but for me, the health arguments are equally compelling.”

“The pandemic has hit some groups disproportionately hard.

Rules that we have had to put in place have caused a shocking rise in domestic violence and a terrible impact on so many people’s mental health.”

Meanwhile, Downing Street on Saturday confirmed proposals to scrap quarantine requirements for those who have received two doses of a coronavirus vaccine are under “consideration”.

A No 10 source said it was looking at whether to drop all legal self-isolation measures for fully vaccinated people who come into contact with someone who is infected as a possibility for life after Stage 4 of the road map.

The hospitality industry, however, said such a move would not lift pressures it is currently under as a result of the NHS Test and Trace app, which bosses said was “casting the net quite wide” in terms of who it pings as a close contact of a positive case, leading to mass shutdowns of venues.

But reports have suggested the call for action from the trade has been heard by ministers, with The Sunday Times stating that the need to scan a QR code before entering bars, restaurants and other venues, such as museums, will become a thing of the past after July 19 – a change that would mean less chance of punters and staff being told to self-isolate by Test and Trace.

The newspaper quoted a Downing Street source who said that while modelling predicted that unlocking would lead to more cases, the success of the vaccine rollout meant the Government was “confident there will be no risk of additional pressure on the NHS”.

The possibility of a wholesale easing of restrictions will come as a blow to senior doctors, who had petitioned for some measures to remain in place to arrest the “alarming” rise in Covid-19 cases in England.

The Government confirmed that, as of 9am on Saturday, there had been a further 24,885 lab-confirmed Covid-19 cases in the UK, while a further 18 people had died within 28 days of testing positive.

The British Medical Association (BMA) had said that keeping some protective measures in place was “crucial” to stop spiralling case numbers having a “devastating impact” on people’s health, the NHS, the economy and education.

Asked about the reports of lockdown easing, a Downing Street spokeswoman said: “No decisions have been made but more details will be set out soon.”