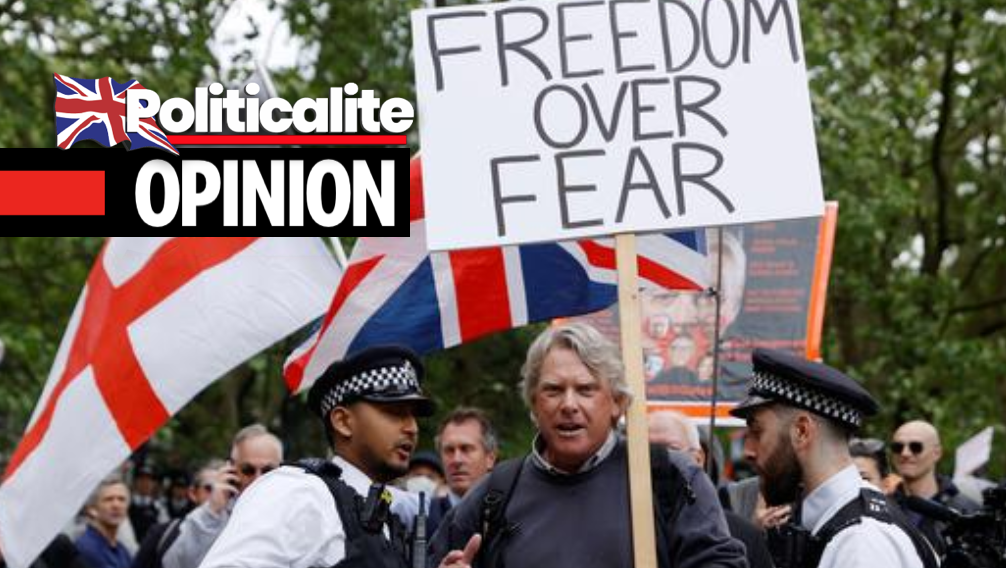 COVID-19 IS A THREAT TO LIFE. STAY ALERT.

YOU would think that an Englishman and his mate deciding to take a walk to Speakers Corner on loose talk that other Lockdown sceptics were going to be sitting down on the grass eating picnics would be an uneventful day out. Alas not for me on 16th May 2020.

My day resulted in being cuffed with no warning and locked up in Police custody for 6 hours at Charing Cross nick, with a charge handed to me of “contravening requirement to not participate in a gathering in public of more than two people”. Of course, the location of this disputed crime makes for deep and sinister implications. Implications that thoroughly justified my making an A1 sized placard, just in case needed and appropriate, saying “Freedom Over Fear” on one side and “I am a free man, I am not a number “on the other. The placard was placed in a big bag until I arrived and soon judged that the mood of the scene around me, made up with a typically eclectic mix of strangers, was appropriate to display.

As soon as I raised the placard up above my head we received attention. Interest, questions and conversation from fellow passers-by and journalist’s alike. Noticeable though was the lack of British mainstream media, where are the old hacks!? Most were internet-based reporters or otherwise foreigners. I was interviewed by Israeli and Persian TV. In fact I had just spoken the words akin to “we have become a Police state in England” when 3 or 4 cop’s swooped on me cuffing me. Perfect timing from the agents of the state.

This is the first time I have been arrested. Not an experience I had bargained for or wish to repeat. I was one of the first if not the first to be arrested. I do not think my large placard with a direct message, combined with my loud voice helped protect me here! But hey I am an Englishman, I can go to Speakers Corner and say my thing yes? !

I gather Piers Corbin, brother of socialist Jeremy, was the next to be arrested, but not before we had the opportunity to exchange pleasantries together earlier. 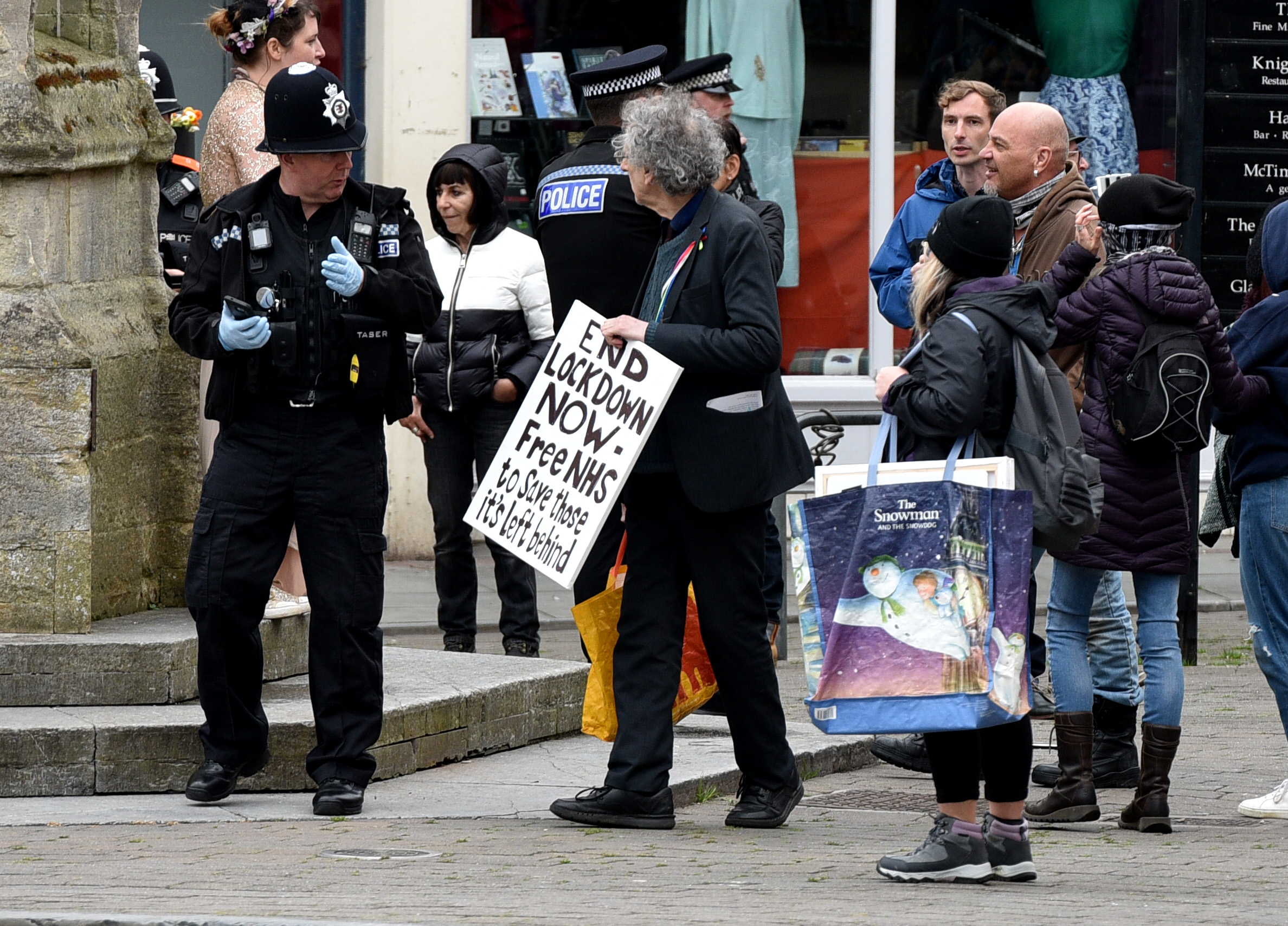 The crowd of mingling people just hanging around talking and listening was a delight to witness, men and women, old and young, right left and centre politically. A true Speakers Corner sight. The essence of Britishness?

But what was not a true Speakers Corner sight were the 150 or so well briefed intimidating Police officers.

The charge I have been given is under regulations that are being challenged in the Courts by two men separately, Robin Tilbrook of the English Democrats and businessman Simon Dolan. The significance of a possible judicial review on these regulations has not gone unnoticed by me. I will be keeping an eye on proceedings.

The disproportionate economic and social lockdown we are enduring in our country is based upon unsound, unproven and disputed science and justified by data that is being manipulated, twisted and worse. I believe we are being fed the biggest hoodwinking exercise of our lives. And I am not alone in these thoughts. Many hundreds nay thousands of expert doctors and scientists around the world are questioning these very things. In the meantime, I cannot go to the pub, the theatre, the hairdresser or to work. The financial prosperity of everybody is withering away daily and the social norms we have all come to take for granted have been taken away from us at breath-taking speed by the executive ruling us.

I cannot help but to think that there are double standards going on on a grand scale in this country today. The day I get 6 hours of my life taken away from me and summoned to appear before Westminster Magistrates in July, some 150 planes flew into London full of foreigners who may or may not have Covid -19, as nobody is checked. These people were all together, in close proximity to each other during their journeys. They landed in the country and were welcomed with open arms, no testing, no interest from the Police on their gathered community, a community just like the one I got arrested for, an eclectic mix of strangers.

This coming Saturday it is the Muslim festival of Eid. I am told these people like to gather in open spaces to celebrate, fair enough, but let’s hope that they do not go to Hyde Park hey, because no doubt they will be greeted by 150 plus intimidating Police officers trying to prevent them doing their thing, won’t they?

DISCLAIMER: Neither Politicalite or News Worldwide Limited or its advertisers support or endorse the views expressed in this article by the author, but give fair coverage to differing political views.