ROGER WATSON: If they silence Kate Shemirani who will they come after next?
Advertisement 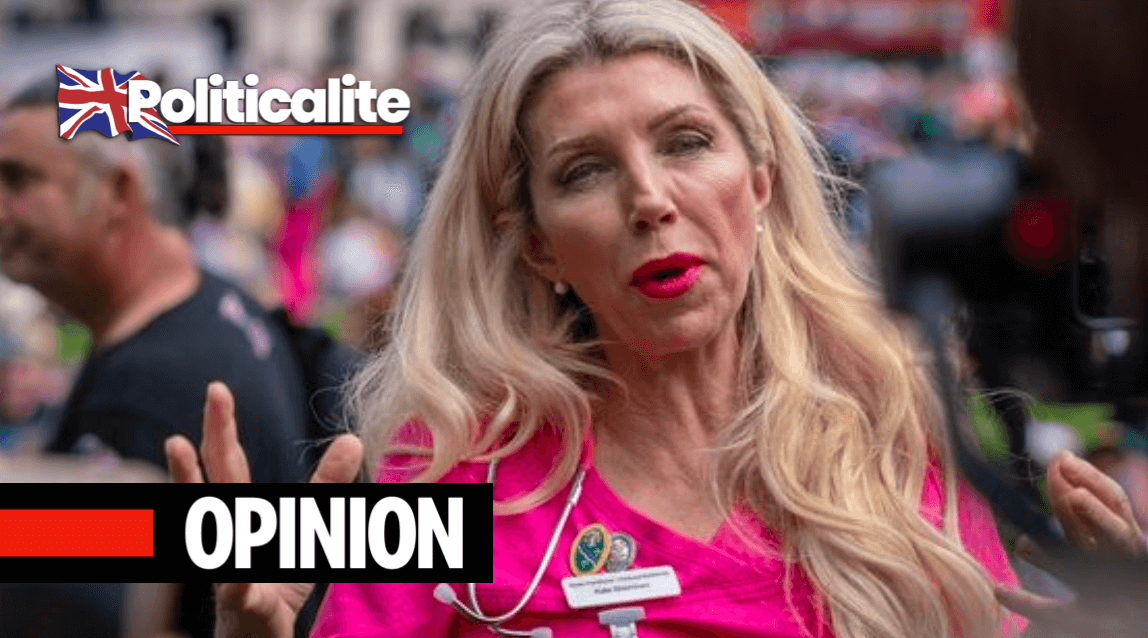 KATE Shemirani, a woman with whose views I profoundly disagree and whose style of oratory I find unpleasant has, according to the UK press been ‘struck off’ the nursing register; even the Nursing Times reported this.

In fact, she has not been stuck off, she has had her interim suspension extended for another 18 months in a letter to her from the Nursing & Midwifery Council (NMC). If she does not lodge an appeal within 28 days of receiving the letter—dated 28 May—she will then, indeed, be struck off.

This seems like the last in a litany of appalling treatment meted out to Ms Shemirani by the police, the press and now her profession. She has had her house raided and her computer removed. She has been arrested and detained in police cells and she is estranged from her son on the basis of an interview he gave to the press.

She has not been dealt with this way due to any clinical malpractice, however, but for expressing her anti-vaccination views. Specifically, she has been taken to task for posting comments and videos on social media, speaking at public protests (I have shared a virtual platform with her) and giving interviews. While these views are in contradiction of current public health advice and do cast her nursing colleagues in a bad light and could clearly be a matter of concern for our professional nursing body, the issue at stake here is quite simple: free speech.

It is a glaring example of how our basic freedoms, assumed as subjects of Her Majesty the Queen, have been eroded in the wake of the tremendous overreaction by the government and public health bodies to the COVID-19 pandemic. Along with the freedom to express our views, provided they do not incite to violence or hate, our freedoms of movement and association have also been curtailed.

As explained by Peter Hitchens once freedoms are removed, they can never be restored; they may be returned to us as rights. But then they are no longer our freedoms, merely rights that can subsequently be removed by the government again whenever they consider it necessary.

Moreover, this can and has been done by decree and not by the usual democratic processes.

I do believe that Kate Shemirani peddles inaccurate opinions and does her own cause no good in the process. She claims, for example, that no vaccine has ever been proved to work. This is demonstrably untrue. She also says that the government want to kill us by means of vaccines and even that the vaccine will kill us. As a recipient of both doses of one of the COVID-19 vaccines and knowing dozens of others personally who have also been vaccinated, this is another wildly mendacious claim.

Therefore, while I simply cannot and do not support Kate Shemirani’s views on vaccines and many other aspects of her world view such as naturopathy I do, along with Voltaire, defend her right to express them. If Kate were to be struck off for endangering the public by specifically, in her nursing practice, providing patients with misleading or dangerous information I could understand her being investigated by the NMC and, indeed, have written to that effect. We are an evidence-based profession and expected to practice based on evidence.

My distinctions here may seem subtle, but they are not. If we stifle opinion, then we lose the opportunity to argue. If we silence, then we merely suggest to those on the fence that we have something to hide. If they silence Kate Shemirani then who will they come after next?