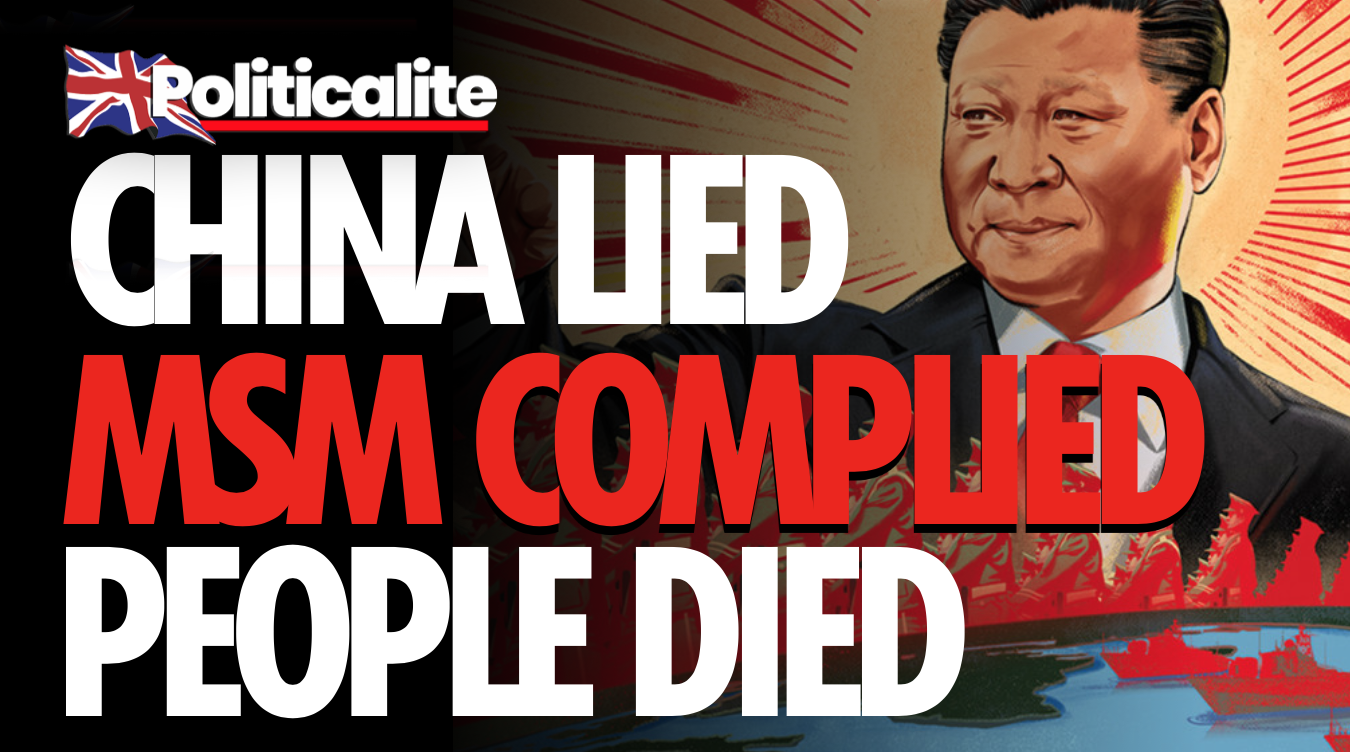 A NEW report has slammed China and accused the communist state of trying to “cover up” the Coronavirus.

The report by cross-party think tank Civitas: titled; Year of the Bat: Globalisation, China and the Coronavirus, academic experts Dr Niall McCrae and Professor M.L.R. Smith argue that, as the virus proliferated, China tried to cover up the contagion and did little to stop its worldwide spread from the initial source in Wuhan.

Faced with the US administration ceasing funding for the World Health Organization (WHO) and conducting “serious investigations” into Beijing’s handling of the coronavirus outbreak, the report’s authors suggest that the claim that the infection began at a traditional ‘wet market’ could be a convenient narrative for the Chinese authorities, possibly masking an alleged accidental leak from a laboratory.

The Australian government is already calling for an independent inquiry into the origins of COVID-19. In contrast, UK government sources were unable to confirm or deny questions that it had given China assurances about the way it refers to the pandemic and its cause. In this report, the authors urge for China and the WHO to be investigated for the handling of Covid-19, particularly in the early stage of the contagion.

The new Civitas report finds that while the pandemic was made in China, the conditions that gave rise to what they call the ‘Year of the Bat’ also arose from the assumptions of globalist thinking in the West. Globalist approaches have underpinned extraordinarily poor policy choices, and a weakening of sovereignty and its democratic basis. A resetting of the international order is now needed.

The report holds that in the absence of proper scrutiny and accountability, international organisations like the WHO have become captured by the interests of authoritarian states. Beholden to Beijing, the WHO was complicit in failing to pass on adequate warning of the seriousness of the pandemic.

Dr Niall McCrae told Politicalite: “Covid-19 is when globalisation, literally, went viral. This crisis shows the folly of the West’s post-nation ideology of a world in harmony.”

“The Chinese Communist Party will never accept liberal values, free speech or basic human rights. Its response to the coronavirus outbreak in Wuhan, probably from a virology lab, illustrates how a brutal totalitarian regime works. We should choose friends more carefully.”

There is now increasing scrutiny on the role of WHO and the complacency within the multinational order, including the current allegations of an EU report on disinformation over Covid-19 being altered under Chinese pressure. As McCrae and Smith argue, it is clear that the pandemic has exposed the underlying flaws of globalisation.

In Britain, the current government has suffered only one significant rebellion since it came to power – by its own MPs who wanted to prevent the Chinese firm Huawei from having any involvement in the UK’s 5G network. McCrae and Smith recommend that the government should abandon the decision to allow Huawei to participate in the development of the nation’s 5G network.

Britain’s intelligence community and an influential parliamentary group have already urged the UK to reassess its relationship with China after the outbreak. Recent comments by the International Trade minister that we “cannot cut off those trade links” with China because of an unquestioned, blanket “free trader at heart” pledge seem wide of the mark.

The report’s authors argue that British economic relations with China should be subordinated to the maintenance of key values of national security and humanitarian ethics. Given the mounting regional scepticism towards the scruples and actions of Beijing, closer relationships should be nurtured with China’s neighbours in south-east Asia.

In considering ‘where to go’ in the aftermath of the Covid-19 crisis, the report argues for Britain to adopt a mix of practical policy responses in order to sustain a multilateral liberal international system, rather than one consisting of multinational authorities able to override nation states.

The report says the UK government should consider introducing counter-interference laws similar to those in Australia that force politicians and private bodies (including media companies and universities) to register all links with, and funding received from, foreign entities.”

That “Incentives should be provided for the broader repatriation of manufacturing capacities to the UK.”

Says Universities should cease links with, and/or dissociate from all Confucius Institutes and calls for the WHO should to be pressed into redeeming itself by enquiring into organ harvesting in China and clearly stating that such human rights abuses cannot be tolerated.”

TAP TO READ THE FULL REPORT