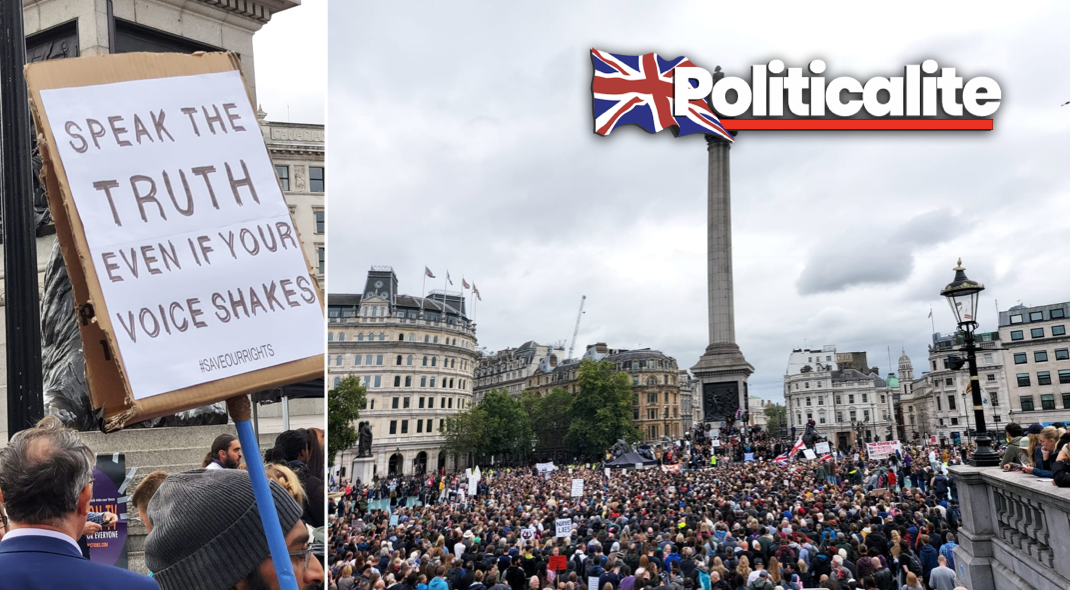 Prominent conspiracy theorists including David Icke spoke at the event in which thousands of angry Brits including women and children marched down Whitehall demanding an end to the COVID cover-up. 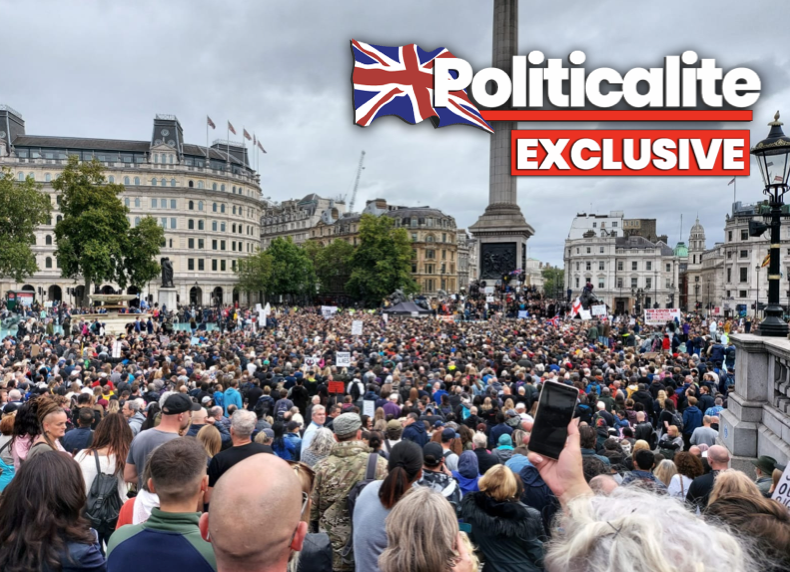 Protesters claimed “terrorists who are waging a war on the people of this country:. Some held placards blaming Bill Gates for planned ‘mass vaccinations’ that will ‘control the population’. 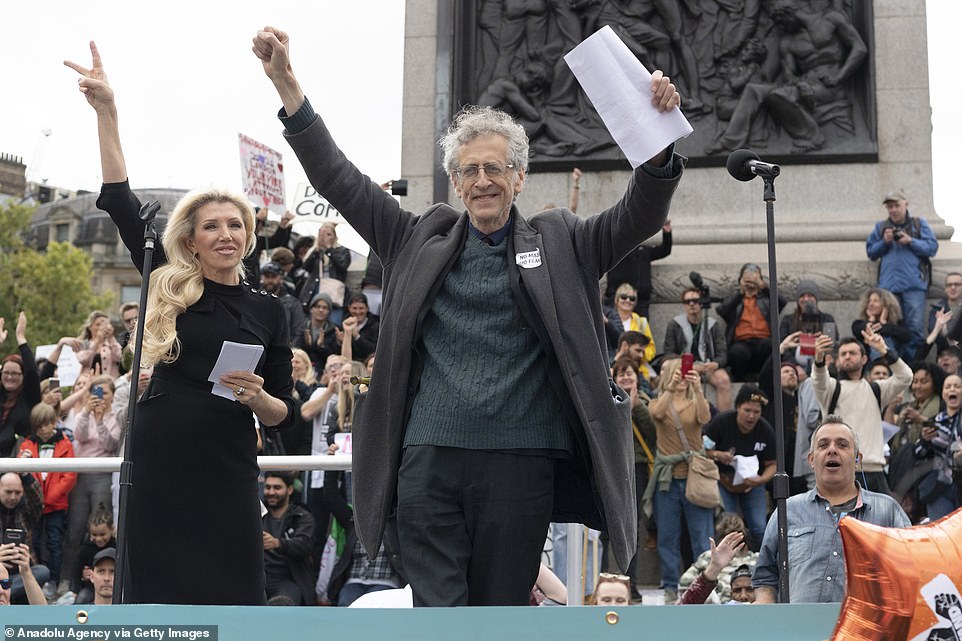 Jeremy Corbyn’s brother Piers was also attending, though he was arrested by Met Police and taken away in a van. 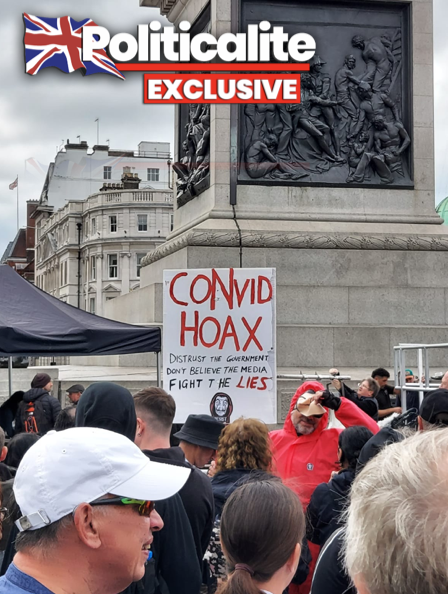 The event was part of a number of global protests against lockdown and forced vaccinations. They took place in Berlin and Paris.

They also chanted “DO NOT COMPLY” and held banners with numerous messages claiming the COVID-19 measures are a ‘hoax’ by a ‘secret world government’, though the claims cannot be verified. 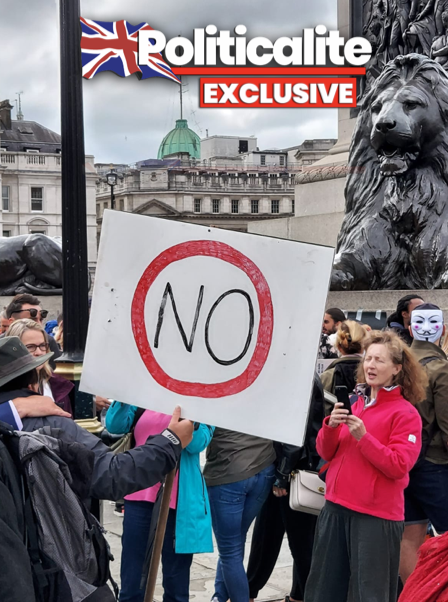 One man claimed: “This is a political agenda to commit mass genocide on the population. That is their agenda.”

The ‘Unite For Freedom’ rally began at 12pm Saturday and urged the Government to end “government lies” and “return to normal”.

The protesters refused to wear masks and did not engage in social distancing.

The protest was one of the largest by the silent majority and saw factions from both the left and the right unite for freedom.