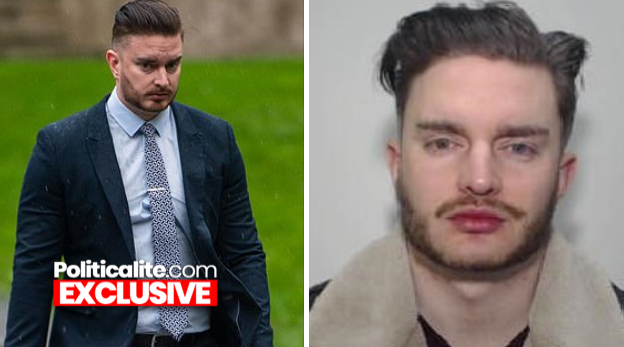 A PERVERT jailed for two-and-a-half years after spending the night with a 12-year-old he met on a dating app has faced further accusations of sexual abuse online.

Carl Hodgson, 27, took the underage girl to his Manchester flat after he met her on a dating app, he claimed he did not realise she used a fake profile which said she was ‘experienced’.

He admitted to carrying out a sex act on the girl and took an explicit image of her in a body stocking, writing: ‘Mine was decent, nailed that bird, unreal bod.’

He was arrested a month later after the girl’s mother found her daughter had logged onto his home WiFi and told police.

Hodgson admitted engaging in sexual activity with a child, making and distributing indecent images and was ordered to sign the Sex Offenders Register for life.

He was banned from contacting girls under 16 without permission of their parents for seven years, and disqualified from living and sleeping in same household as child under 16. His not guilty plea for rape was accepted.

One woman named Siobhan alleged Hodgson “chased her down the street.” following a date.

“He chased me down the street” the woman alleged he attacked her. 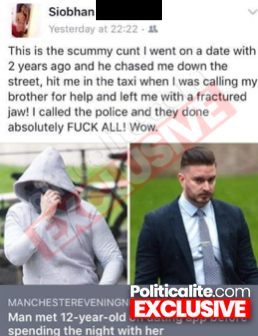 Another victim, Shannon wrote: “No shock here at all!”

“This is the vile human being that spiked my drink with date rape on our first date and demanded I came back with to his flat.” 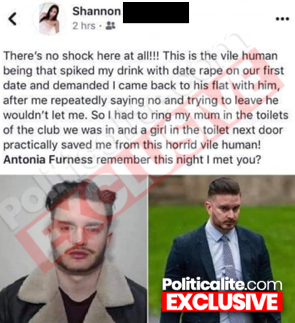 “I had to ring my mum in the toilets of the club.”

MOWN DOWN: Serving Soldier RUN DOWN On New Years Eve