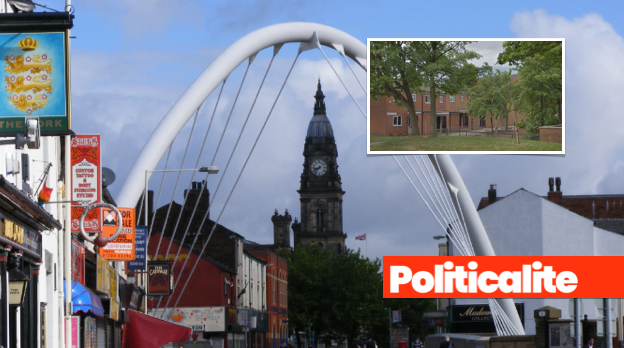 A MIGRANT has been spared jail after threatening a young family with a KNIFE at their home in Bolton, Greater Manchester.

Somalian thug, Yasin Ismail, 32, threatened neighbours with a knife and a metal stick, but was spared jail after a judge claimed he had “post-traumatic stress disorder.”

Bolton Crown Court heard that the thug had ‘post-traumatic stress’ and had become’ hypersensitive ‘as a result of the abuse he experienced. His defence counsel described him as “crying out for some assistance.”

Ismail appeared in court on Friday after pleading guilty to affray and possession of a knife in public at an earlier hearing.

In September 2017 Ismail was living above Dean Goodwin and the court was told there had been disputes between Mr Goodwin about noise and a water leak.

In 2017, Mr Goodwin got on a bus from the town centre to go home and sat down on the upper deck. Ismail also got on and sat in front of him.

The court heard that Ismail had seen Mr Goodwin and begun to walk towards him on the bus and Mr Goodwin had heard “things” about Ismail leading him to tell him to “**** off”.
The prosecution told the court Ismail said: “You’re finished, your finished, last day today.”

He was also described as having drawn his finger across his throat.

Ismail got off in Market Street, Farnworth and Mr Goodwin got off a stop later.

Both men met again at Hesketh House where Mr Goodwin was meeting his partner Ebony Morris and her father David Morris.

Ismail was holding a white stick and banging it against the wall and door of Hesketh House, he broke a window in the door of the the young family.

Mr Goodwin and Miss and Mr Morris were in Miss Morris’ flat and Mr Goodwin decided to confront Ismail outside.

Ismail dropped the stick and instead pulled out a “cutlery knife” from the side of his jeans, said the prosecution, and ran at Mr Goodwin.

Mr Goodwin ran away to the Post Office pub in Higher Market Street. There three men looked outside and told him when it was safe to leave.

At Hesketh House Miss Morris had rung the police and they arrived to arrest Ismail.

They found the stick he had been waving but the knife was never recovered.

Ismail’s defence counsel told the court his client had been acting in self defence banging the stick on the ground after being sworn at on the bus and being told Mr Goodwin wanted to fight him.