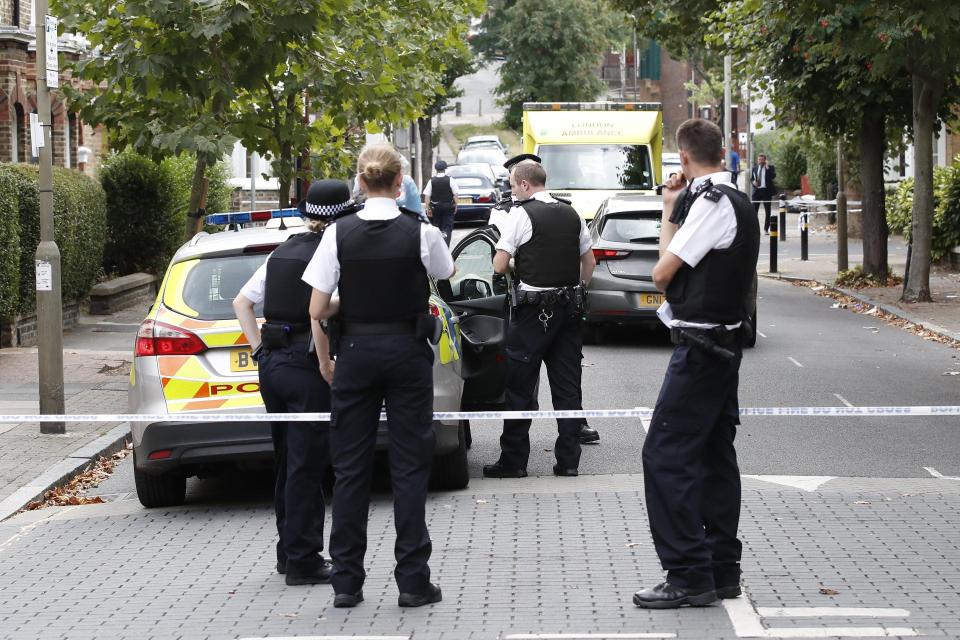 A MUM who stared on Britain’s Got Talent was knifed to death in her London home this week in another chilling case of knife crime.

Simonne Kerr, 31, appeared on ITV’s hit talent show as part of the NHS choir B Positive.

On Wednesday armed cops smashed down her door after a 999 call but despite the efforts of paramedics she was pronounced dead at the scene in Battersea just after 1.40pm on Wednesday.

Scotland Yard said Desmond Sylva, 40, has been charged with her murder. He will appear before magistrates in Wimbledon tomorrow morning.

A spokesman for Britain’s Got Talent spokesman said: “We are deeply saddened and shocked to hear that Simonne Kerr has died. Our thoughts and condolences are with Simonne’s family and friends during this difficult and devastating time.”

The death of Ms Kerr, whose son Kavele died from sickle cell disease in 2015, is the 90th homicide investigation in the capital this year.

A neighbour who didn’t want to be named said: “The police went in with a battering ram at 12.40pm.

“Armed officers took him out a minute or so later and had him sitting in an unmarked Astra.

“He was very calm when they took him away – they didn’t need to put him on the floor or anything.

“It’s just shocking. It’s a shock to the system and a very sad outcome.

“There are lots of kids and young mums round here, it’s very Nappy Valley and Yummy Mummy territory.”

The Met’s Homicide and Major Crime Command are leading the investigation into her death.

A statement from Scotland Yard said police are not looking for anyone else in connection with their investigation — and a post-mortem was due to take place today.

Article Courtesy of The Sun