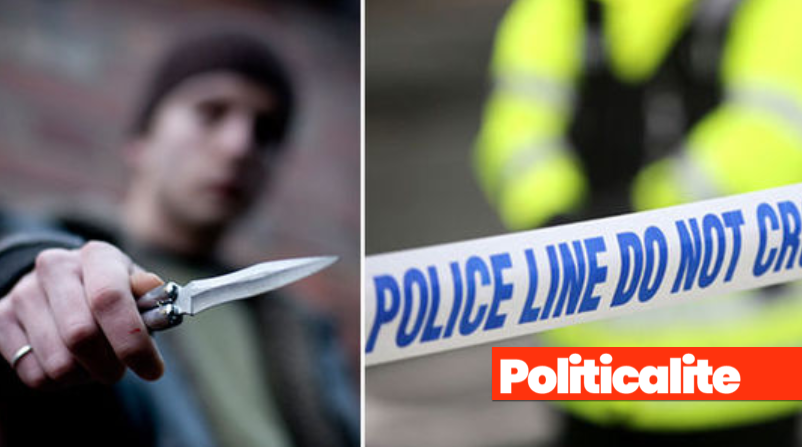 BRITAIN is being plagued by a knife-crime epidemic and offensive weapon offences are at their HIGHEST level in a DECADE new figures reveal.

Last year more than 21,000 offences of possessing or making threats with blades or offensive weapons resulted in a conviction or caution in England and Wales.

One in five of the culprits was aged under 18.

The statistics also showed that almost two-thirds of cases did not result in an immediate prison term.

However, the Government insists offenders are now more likely to go to jail for knife or offensive weapons crimes.

The findings come as police and ministers attempt to face down a knife crime “epidemic” following a spate of fatal stabbings.

Diana Fawcett, chief officer at charity Victim Support, said: “It’s horrifying to see knife crime offences at the highest levels in a decade, which is yet more evidence that violent crime is an increasing problem that must be tackled urgently.

“Families and communities are being devastated by knife crime and it is the responsibility of all agencies to come together to solve this.”

The statistics showed that in 2018, the criminal justice system dealt with 13,555 offences of possession of an article with a blade or point.

In addition, there were 7,016 cases where an individual was found with an offensive weapon, and 913 where a blade or weapon was used to make threats against others.

A Ministry of Justice report said custodial sentences for knife or offensive weapons crimes are at the highest level since the statistical series started in 2008.

Nearly 4,000 offences were dealt with by a suspended sentence, while just over 5,000 resulted in a community punishment.

The figures also showed repeat offenders are more likely to go to prison, although over a third of those sentenced under a “two strikes” regime were spared immediate custody last year.

In 2015, minimum sentences were introduced for those aged 16 and over who are convicted of a second or subsequent charge of possession of a knife or offensive weapon.

The punishments are at least six months imprisonment for adults, while young offenders face a minimum four-month detention and training order.

Courts must impose the minimum penalty unless it would not be “in the interests of justice”.

Last year 82% of those punished under the rules received some form of custodial sentence, with 64% receiving immediate prison terms.

The proportion sent straight to prison has risen from around half before the introduction of the legislation.

Justice minister Rory Stewart said: “Knife crime destroys lives and shatters communities, and this Government is doing everything in its power to tackle its devastating consequences.

“Sentences for those carrying knives are getting tougher – they are more likely to be sent straight to prison, and for longer – than at any time in the last decade.”

A string of recent deaths has prompted intense scrutiny of efforts to combat spiralling knife crime and serious violence.

In the 12 months to March last year, the number of fatal stabbings in England and Wales reached the highest level since records started more than 70 years ago.

On Wednesday, Chancellor Philip Hammond announced a £100 million cash injection for forces to tackle the problem.

The powers could be used to impose curfews or restrictions on social media use on anyone aged 12 or over who police suspect of carrying a blade.

This story courtesy of PA