COUP? WHAT COUP? Jacob Rees-Mogg and Hard-Brexiteers pledge LOYALTY to Theresa May
Advertisement 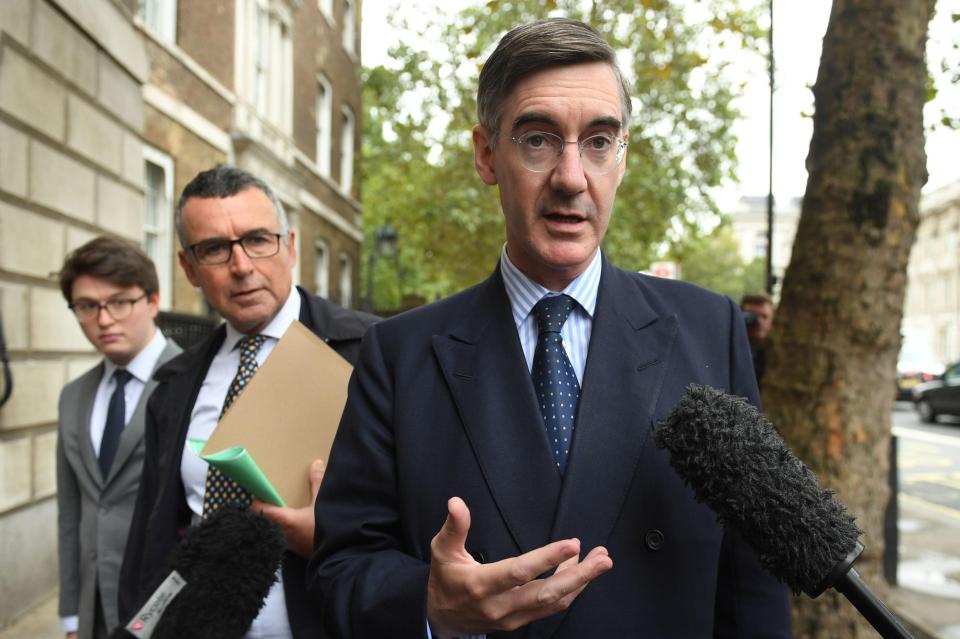 JACOB Rees-Mogg and hard Brexiteers have pledged loyalty to Theresa May after the ERG ‘coup’ to oust her from power.

Rees-Mogg and David Davis swore loyalty to Theresa May, with Mogg even saying she had “enormous virtues,” after reports yesterday said they attended a meeting in which ousting the PM was openly discussed.

A press conference of the hardline Brexit faction, the European Research Group (ERG), was overshadowed by reports that 50 Tory MPs had met to discuss how and when they could force May to stand down.

Rees-Mogg, who chairs the ERG, and former Brexit Secretary David Davis, who walked out of the government over May’s soft-Brexit, Chequers deal, gave the PM their support.

“I have long said, and repeated again and again, that I think the policy needs to be changed but I’m supporting the person,” said Rees-Mogg, adding: “Theresa May has enormous virtues. She is a fantastically dutiful prime minister and she has my support. I just want her to change one item of policy.”

In turn, Davis meanwhile stated that he has made it clear he thinks May is “a very good Prime Minister”.

“Like Jacob, I disagree with her on one issue, and it’s this issue,” he said, in reference to her proposed deal with the EU.

“And she should stay in place because we need stability and we need decent government as the backdrop to what we’re doing in the accompanying six months.”

At least 48 letters of no confidence need to be submitted to 1922 Committee chairman Sir Graham Brady to trigger a vote on her premiership, and Sky sources suggest it could arrive within just a few weeks.

On Monday Politicalite reported that Boris Johnson was ready to launch a leadership bid in the ‘coming days or weeks.’

Yesterday it was claimed that the MPs would be “shocked” if a vote did not occur after the Tory party conference in Birmingham, which runs from 30 September to 3 October.

Government ministers have reportedly confided to members of the European Research Group (ERG) of Tory eurosceptics and said that Mrs May “has to go”.

Boris Johnson is the likely favourite to replace failed Mrs May. 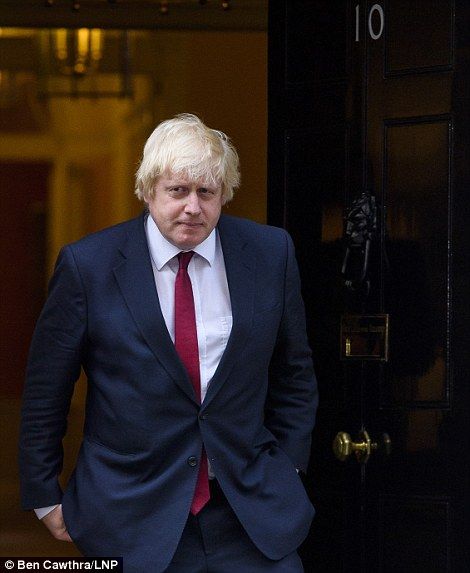 Mr Johnson is working with Lynton Crosby and they have a ‘timeline to power’ that will ‘torpedo the PM’s Chequers plan for Brexit.’

Team Boris has reportedly compiled the required 48+ names to send to influential 1922 Committee.

On Monday, reports in May backing papers such as The Sun and The Daily Mail attacked Boris further and details of Boris’ private life were leaked in a ‘Dirty Dossier’ compiled by Theresa May’s team at Number 10.

A sign of a dying Prime Minister with only ‘dirty protests’ left in her amoury.