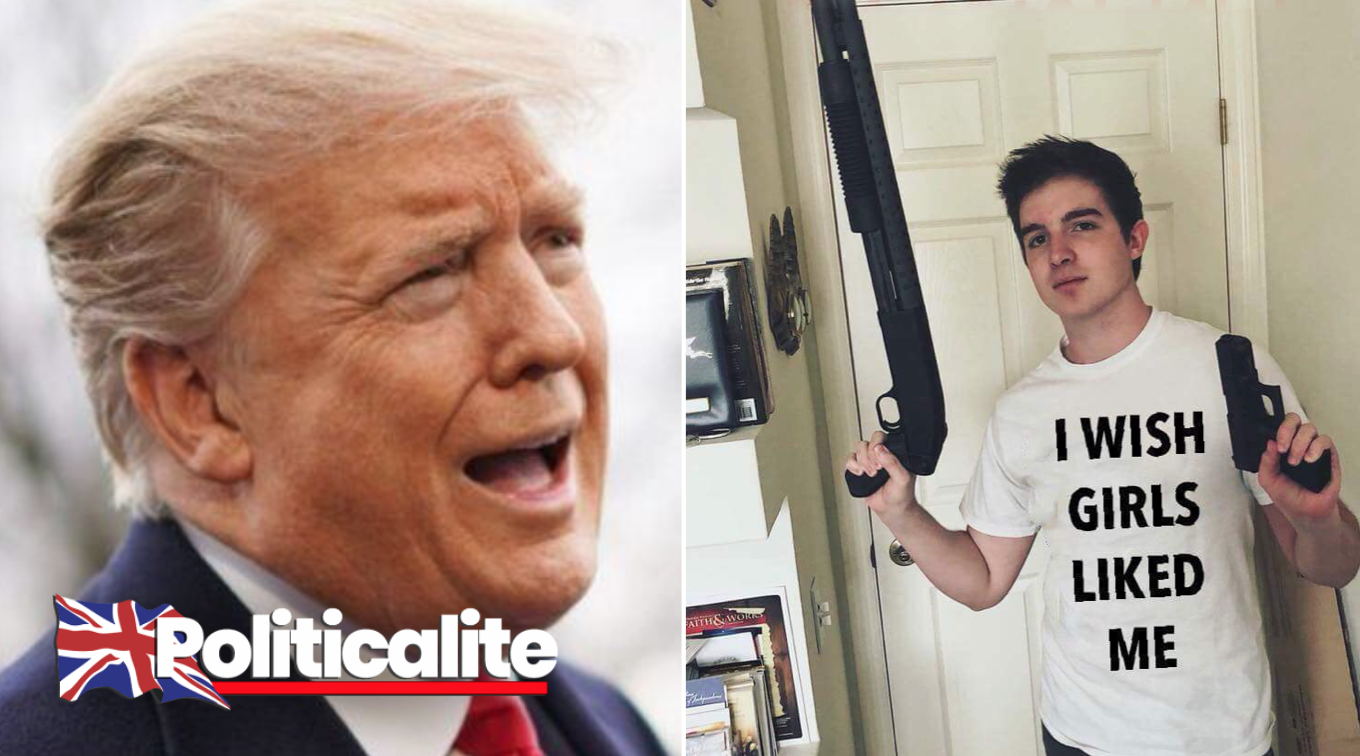 A ‘RIGHT-WING’ YouTuber has ‘left the right’ in the continuing culture wars in the United States.

Hunter Avallone has released a video, claiming to have left the right, of which he was never much a part of anyways.

The clip starts with Avallone discussing his life with his wife and child and admitting how previously horrible he’d been to her, mainly by breaking up with her while she was his girlfriend upon finding out that she was pregnant with his child. This was while he was suffering from heavy anxiety. It later made him question what he’d been ‘right’ about, leading to this journey.

He cited the main impetus for his decision as a debate between him and the far-left YouTuber Vaush – who has openly denied the existence of Pakistani grooming gangs and has called conservative commentator Ben Shapiro (a man with Jewish heritage) a Nazi, with other leftist YouTubers denouncing him as ‘ridiculous’ – whereby he got ‘wrecked’ and shown him some facts about the LGBT movement he was previously unaware of, and couldn’t ‘refute’. Vaush has since claimed that he managed to ‘help’ Avallone leave the right.

He then claims that the right has ‘flaws’, hence he left it as a political movement. He bemoans how the conservative movement in the States has moved away from ‘limited government’ and ‘living freely’ (which are more libertarian values than conservative ones, something he then acknowledges) to that of ‘conserving tradition’ (which, duh seems obvious). He then argues that doing so doesn’t ‘make the world a better place’ and restricts other people’s liberty (without any evidence). He then argues that tradition and ‘conserving hierarchy’ is what he was against from the start, and that implies that conservatives hate liberty and freedom.

He says that his theories are based on those from the Enlightenment (of whose gifts to the world were the French Revolution, Napoleon Bonaparte and arguably Marxism), and claims that is what America is ‘all about’. Conservatives don’t care about ‘truth’, the rightwing press in America is simply an ‘echo chamber’ (again, without any evidence) how the right pushes ‘mediocrity’ (which explains Hunter’s channel and its popularity), Avallone argues. He also slanders the right claiming that many of them believe that black people are ‘genetically inferior’, while producing no evidence to support this accusation.

He concludes his polemic by stating that he was simply ‘changing his opinion’ and rejected claims that he was a grifter (as in a fraud). He called critics of his ever-changing stances (including many former fans and subscribers) out, claiming that nothing would ‘change their minds’, and that they already hate him, and cursed at them (classy). He admitted that he was triggered, stating that he was ‘irritated’ by such accusations and that he would only be so by ‘regurgitating right-wing talking points’, showing utter contempt for his former fans and the movement he was once a part of. He now self-identifies as a centrist and a libertarian, and begs for his audience to accept him, after being rude and sneery at those who complained, and although now he apparently feels a lot ‘better’. The main good news from this is that an obvious grifter of the movement has now left it, allowing true conservatives to fill that space. The more, the merrier from here on in.

Avallone has been heavily criticised by many in the conservative movement in the last few months, mainly through his tone-deaf views of big tech censorship of conservatives, claiming that a ‘victim’ mentality was behind the concern, and slandered people like Project Veritas’ James O’Keefe who exposed much of this bias. He has also been strongly criticised for other positions, like supporting dangerous chemicals for children if they are transgender.