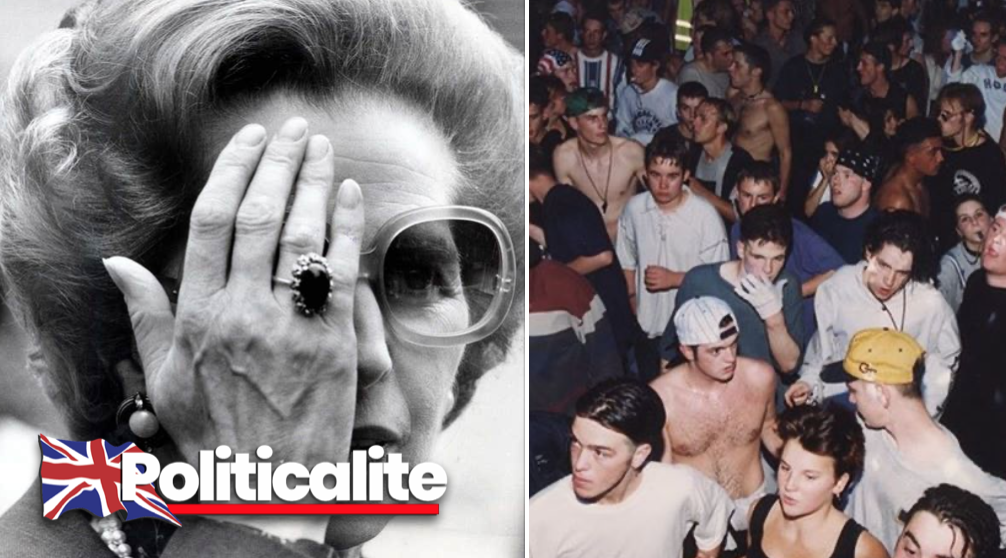 ILLEGAL raves are on the rise across Britain showing young Brits are once again promoting ‘Enterprise’ and the ‘Free Market’ on a level not seen since the late Eighties.

The number of planned unlicensed music events in London recorded by the Metropolitan Police nearly doubled between 2016 and 2017 according to figures and plans for 133 illegal raves was identified by the Met in 2017.

The last time Britain saw such a ‘rave revolution’ was during the glory days of the Acid House parties in the late 1980s were up to 4,000 people attended illegal raves in the graveyard of Thatcher’s economic medicine that left warehouses and factories deserted.

With punters “Living for the weekend” full of drugs, dancing and love from Ecstasy.

In the late 80s the British government made it a criminal offence to hold such an illegal party along with a massive fine of up to £20,000 and six months in prison.

In the 1990s raves began to expand into a global phenomenon and around 1989-1992 enterptising Young brits began setting up ‘promotion companies’ in each region of the UK to organize their own parties, often making thousands through ticket sales… and more ‘illegal’ sales.

After sensational coverage in the tabloids, culminating in a particularly large rave near Castlemorton in May 1992, the government acted on what was depicted as a growing menace.

The soundtrack to the Thatcher years involve the sounds of the illegal rave scene and the rise of Thatcherism. 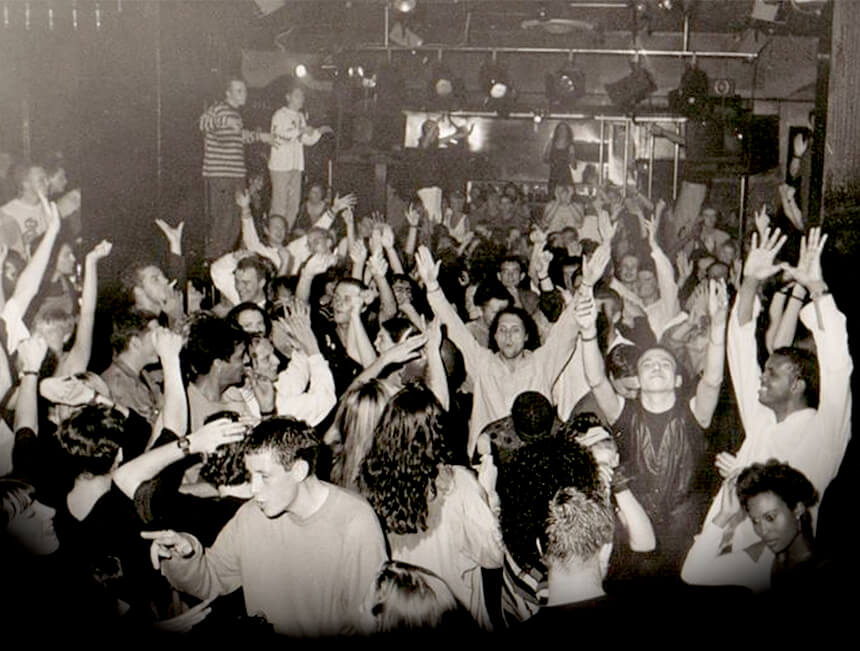 Acid house music made its way into the UK club scene in the mid-1980s from the states.

Acid house became a phenomenon from around 1987 to 1991, before morphing into various strains of rave music in the early 1990s.

The rise of acid house coincided with the opening of new wave of clubs across the UK and beginnings of the warehouse and open air ‘raves’, situated against a backdrop of pure free-market Thatcherism, which included heightened deindustrialisation and the growth of the high finance capitalism in the City of London.

Thatcher was returned to office in 1987 after her third electoral victory and this could be considered the high point of Thatcherism as a hegemonic project.

With emergence of MDMA (or ecstasy), the acid house and early rave scene became the focus of a moral panic about out of control youth on drugs and gathering en masse to celebrate this fusion of drugs and music.

Unlike punk or reggae (or even rap), this subculture was seen to have no redeeming socio-political features and was viewed as just an excuse to indulge in social drug experimentation.

Many viewed acid house and early rave culture as hedonistic and the pretext to (publicly) waste a lot of money of partying. This was probably true to some degree in the south, where the more affluent young people could indulge in this hedonism and spend a considerable amount of money on weekend activities.

But in the north, acid house also exploded – in Manchester, Liverpool, Sheffield and other cities. In the northern acid house scene, it was not just hedonism, fuelled by a large disposable income, but a chance to escape from dreary post-industrial world that had been delivered by nearly a decade of Thatcherism. Not sites of resistance to Thatcherism, but a withdrawal from engagement with it.

Furthermore, with the decline of heavy industry in the north, factories and fields, once the sites of a booming industrial sector, were transformed from empty spaces into potential venues for clubs and raves – the economics of putting on a show was merely finding a suitable sound system. An enterprising person, the kind of whom was praised under Thatcherism, could hire (or buy) a large PA system, bring in some local DJs and with a little promotion, make a lot of money from those entering (and possibly the selling of illicit drugs).

Unlike punk, reggae or folk music, acid house and early rave culture did not really get political and for most, was more an apolitical rejection of the Thatcherite status quo, using music (and the drugs) to collectively cast off the burden that Thatcherism brought down on young people in the late 1980s.

Parts of this Article Courtesy Of Hatful Of History

TRUMP SHADE: Eminem ‘regrets’ his anti-Trump freestyle and even had a visit from the Secret Service