TRUMP SHADE: Eminem 'regrets' his anti-Trump freestyle and even had a visit from the Secret Service
Advertisement 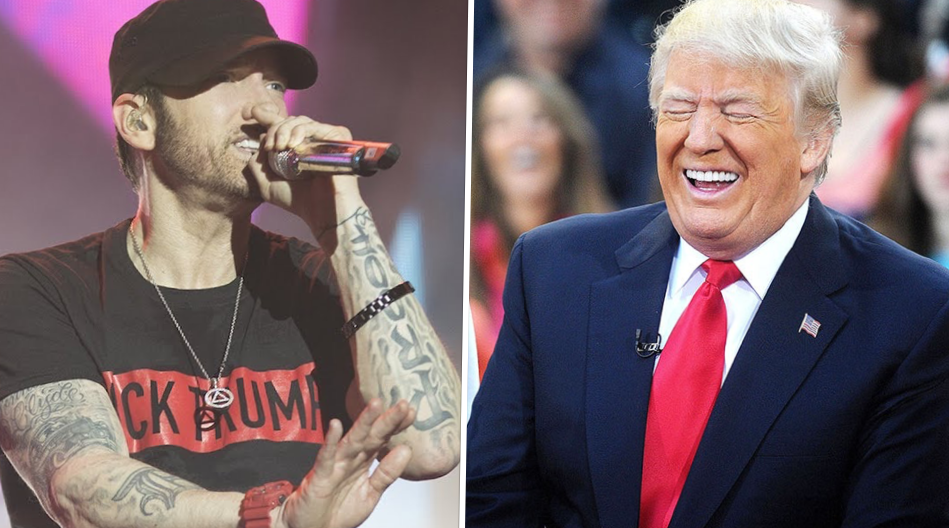 On “The Ringer,” the first track on his album that dropped without much fanfare last Friday, Slim, now 45, seems to express regret for going after the new anti-establishment hero of the United States and his supporters at the 2017 BET Awards.

“But if I could go back, I’d at least reword it / And say I empathize with the people this evil serpent / Sold the dream to that he’s deserted,” he raps on the track.

In his original Trump freestyle, Eminem called Trump a “racist” and suggested he’d plunge the world into a nuclear holocaust… you know, like CNN.

Eminem also challenged fans of his that also support the president to pick a side, rapping, “Any fan of mine who’s a supporter of his / I’m drawing in the sand a line, you’re either for or against.”

Surprising really – after all, Eminem’s original fan base was the left behind young white American men – the ones most likely to have grown up and voted for Trump.

Eminem grew up in a trailer and on poverty, and he’s self-described himself as ‘White Trash’ in multiple tracks – most of his aging fanbase are the same people that vote for Trump – the left behind American’s who are against the Establishment.

Eminem makes clear he hasn’t changed his mind about the President, (He’s the Establishment now) but it seems he is a little worried that his “line in the sand” comment may have hurt his fan base.

“That line in the sand, was it even worth it? / ‘Cause the way I see people turning is making it seem worthless / It’s starting to defeat the purpose / I’m watching my fan base shrink to thirds / And I was just trying to do the right thing,” he spits.

The rapper also suggests that a hit to his popularity wasn’t the only unexpected consequence of the freestyle – it also earned him a visit from the Secret Service which was confirmed by the New York Post’s Page Six.

“But I know at least he’s heard it / ‘Cause Agent Orange just sent the Secret Service / To meet in person to see if I really think of hurtin’ him / Or ask if I’m linked to terrorists,” he raps.

In the late 90s, Eminem was against Hillary and the Clintons and even dissed the then First Lady when they were the Establishment.

In 2002, in ‘White America’ directly addresses Eminem’s never-ending fight against censorship… THE IRONY.

It seems money and fame has made Eminem – part of the Establishment he once hated.

KARMA IS A B*TCH: Most HATED Woman In Britain Roxanne Pallett FIRED from TWO jobs