BAD VLAD: Russia to West: "We don't give a SH*T about sanctions" amid Ukraine Tensions
Share Tweet

It is one of two new aircraft carriers and comes at a cost of around £3bn. 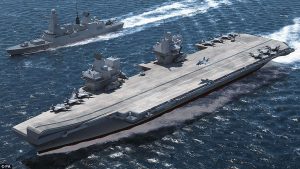 It is the largest warship ever built by the Royal Navy, its flight deck is the size of three football pitches and will be able to hold a crew of 1,000 and 40 aircraft including fighter jets.

The carriers launch for sea trials will mean it is the first time since 2010 that Britain has had an aircraft carrier after the previous Government scrapped it during spending cuts. 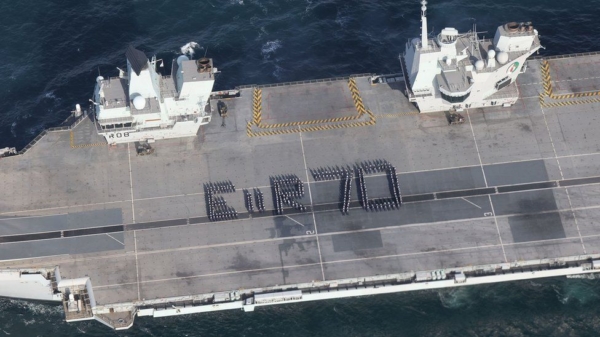 ROYAL Navy sailors have spelled out a giant Platinum Jubilee greeting to the Queen on the flight deck of the aircraft carrier HMS Queen...