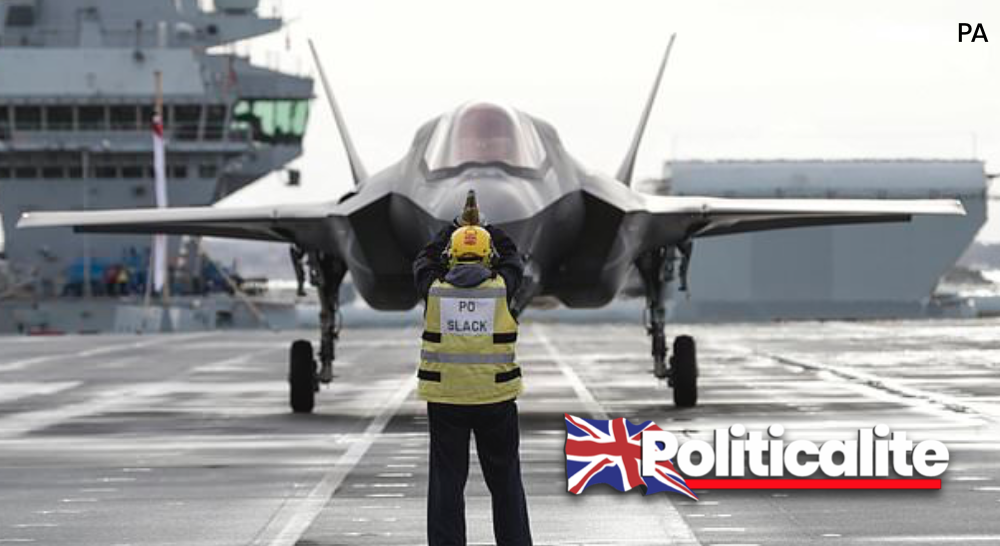 STATE-of-the-art jet fighter jets have taken off from the Royal Navy’s aircraft carrier HMS Queen Elizabeth for the first time while in the UK.

The roar of the F-35B Lightning’s engines could be heard as it launched from the “ski ramp” on the flight deck of the carrier while it was docked at its home base in Portsmouth.

The aircraft was kept on board the 65,000-tonne carrier as it returned from the US where the ship recently carried out flight trials with the new jet fighter.

A Royal Navy spokeswoman said the aircraft did not return with the other British jets because of “repair and maintenance” work that needed to be carried out but it would now return to RAF Marham – the UK’s F-35 base in Norfolk.

The spokeswoman said: “Following completion of successful flying trials in the US, one F-35 Lightning remained embarked on HMS Queen Elizabeth in order for repair and maintenance work to be completed.”

The planes were deployed for the first time by the UK in reconnaissance missions over Iraq and Syria in the battle against Islamic State in June this year.

The Queen Elizabeth arrived in Portsmouth earlier this month where it docked alongside its sister ship, HMS Prince of Wales, which was officially commissioned into the Navy last week by the Duchess of Cornwall, accompanied by the Prince of Wales.

“A great effort from the ship, the naval base and the Lightning Force. We look forward to welcoming our jets and helicopters back in the New Year.”