Size Matters: Britain and Russia in spat over the size of their vessels
Advertisement 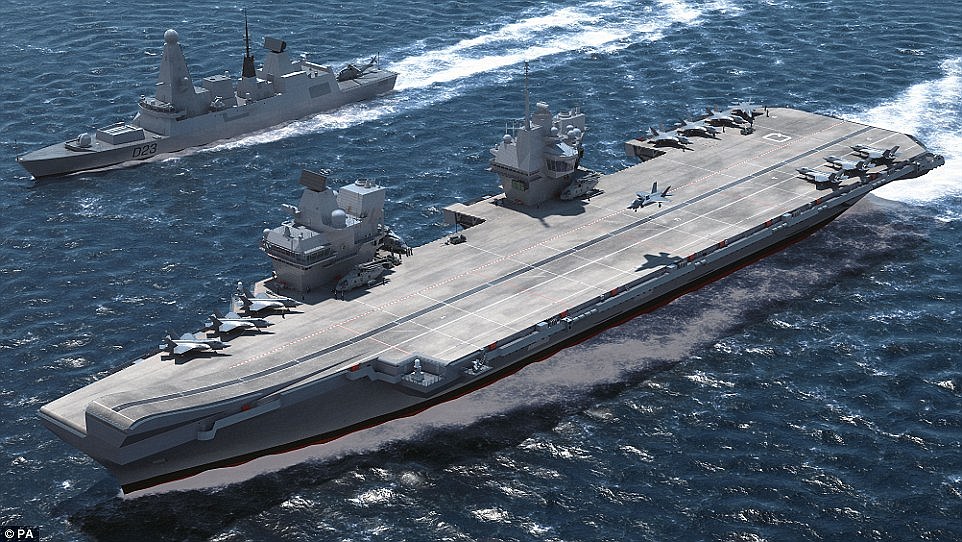 BRITAIN and Russia have had a war of words over the size of the two naval powers’ vessels.

“When you saw that old, dilapidated Kuznetsov sailing through the Channel a few months ago, I think the Russians will look at this ship with a little bit of envy.”

To Secretary Fallon: “Kuznetsov” helped to defeat terrorists in Syria,it’s a real asset.What is the British record and who has to envy whom? pic.twitter.com/XQEqU2UFwe

“The rapturous statements of the British defence minister Michael Fallon regarding the superiority of the external beauty of the new aircraft carrier over the Russian aircraft cruiser Admiral Kuznetsov demonstrate his absolute ignorance of naval science.”

He then described HMS Queen Elizabeth as:

“nothing more than a convenient, outsized marine target, As with [queen] bees, the British aircraft carrier is only capable of releasing planes from its womb while surrounded by a swarm of protective warships, support vessels and submarines.”

Well, it seems the battle for who has the biggest ‘vessel’ will continue for decades to come.