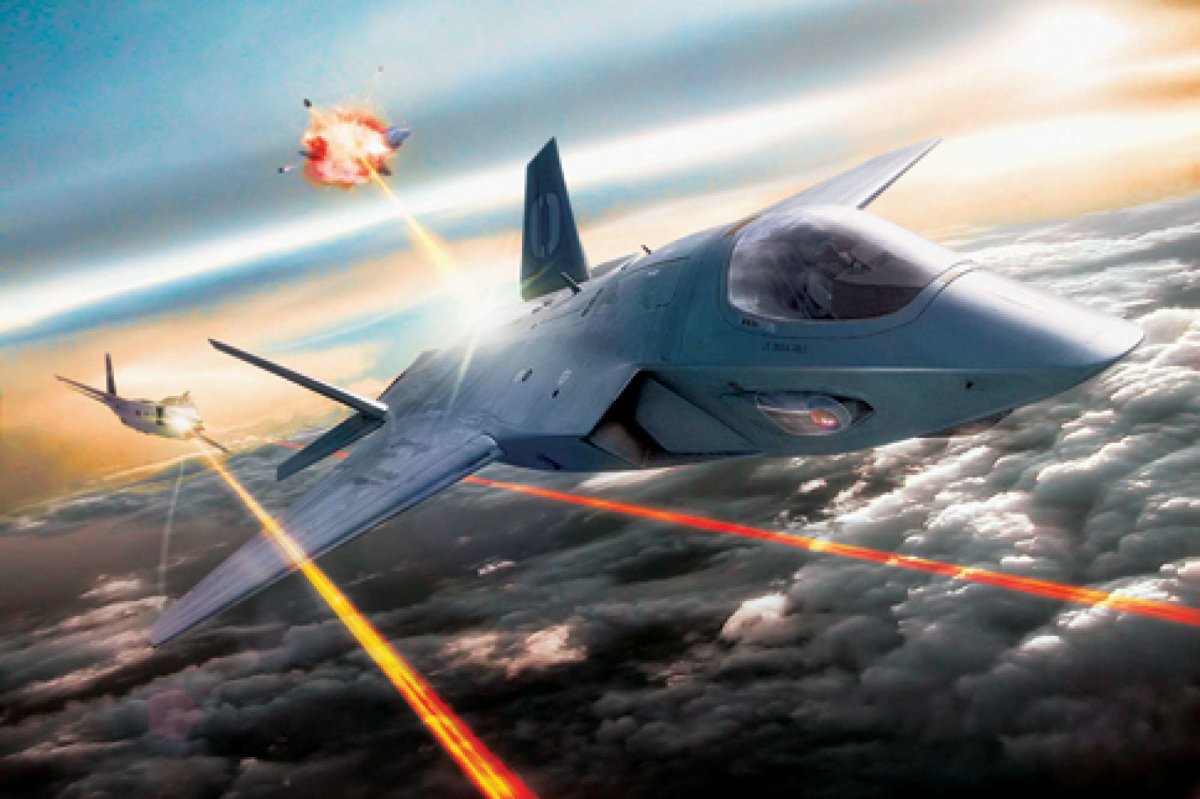 FIGHTER JETS with LASERS could soon become a reality after a $26.3 million contract was awarded to Lockheed Martin – a US aerospace, defense, security and advanced technologies company – by the U.S. Air Force Research Laboratory.

Lockheed Martin will design and produce a directed energy system for aircraft, with plans to test the technology by 2021.

The move comes after a series of successful tests with similar systems in ground-based platforms – but, the experts say developing a laser for a smaller, airborne design will be a challenge.

This program includes three subsystems, addressing beam control to direct a laser to the target, a pod mounted on the jet to cool the laser, and the laser itself.

The new laser system would allow fighter jets to take down targets from the air, in contrast to previous systems, which were mounted on vehicles or ships.

‘We have demonstrated our ability to use directed energy to counter threats from the ground, and look forward to future tests from the air as part of the SHiELD system,’ said Dr Rob Afzal, senior fellow of laser weapon systems at Lockheed Martin.

The Laser Advancements for the Next-generation Compact Environments (LANCE) aims to be a high energy laser that can be trained on, and disable, an enemy target.

The LANCE contract will build upon the technology used in other recent projects, including the Athena system and Aladin laser.

“The development of high-power laser systems like SHiELD show laser weapon system technologies are becoming real. The technologies are ready to be produced, tested, and deployed on aircraft, ground vehicles, and ships,” said Lockheed Martin.

In this article:donald trump, Lasers, Planet Trump, US Air Force