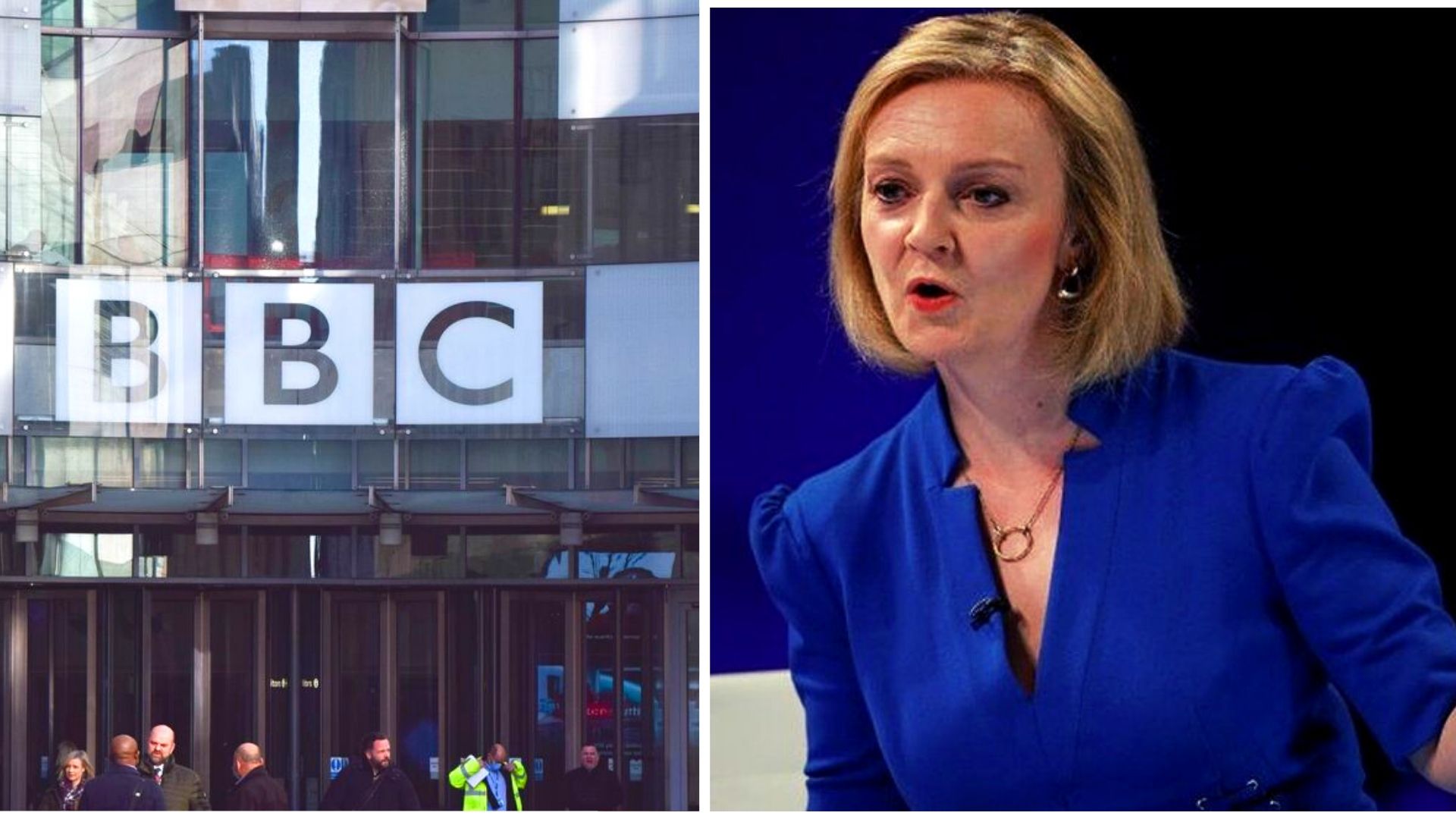 LIZ Truss has vowed to order a review into wether it should be an offence to not pay the BBC licence fee.

Current Culture Secretary Nadine Dorries previously announced the fee will be frozen for the next two years and said she wants to find a new funding model for the broadcaster after the current deal expires in five years.

But the criminal offence is still a key issue for voters and Truss has shared her views on the matter.

In an interview with The Mail+ she said that she will ‘look at all the options’ to overhaul the licence fee system if she becomes prime minister, including decriminalisation.

She told The Mail+: ‘What I’m very concerned about on the TV licence fee is how many women have ended up in prison for non-payment, a disproportionate number.”

‘I want to look at how we can make sure that we reform the TV licence fee, so we don’t end up with those punitive results.

‘I’ll look at all the options… I do want to reform the way it works.’

Her leadership rival Rishi Sunak has suggested he could look at abolishing the licence fee altogether.

But supporters of Miss Truss have accused him of blocking such a move during his time as chancellor.

In an article for The Mail+ at the weekend, Culture Secretary Nadine Dorries said he been a roadblock to reviewing the licence fee.

She wrote: ‘It was a policy enthusiastically supported by the Prime Minister and the vast majority of Conservative MPs.

‘However, Rishi and the Treasury refused to sign off the review and blocked it for many months. It meant we would be stuck with the ever-increasing and outdated BBC licence fee for ever.

‘I appealed to Rishi but he refused to budge. I spoke to him again just after Cabinet on the morning of the day he launched his coup.

‘He flashed me that smile and said something which amounted to nothing. I was obliged to write to the Prime Minister asking him to intervene – unaware there was no time left as Boris would be forced to step down.

‘Imagine my utter amazement when one of Rishi’s first policy announcements as a leadership candidate was a review of the BBC licence fee! A policy he had previously been unwilling to engage with.’