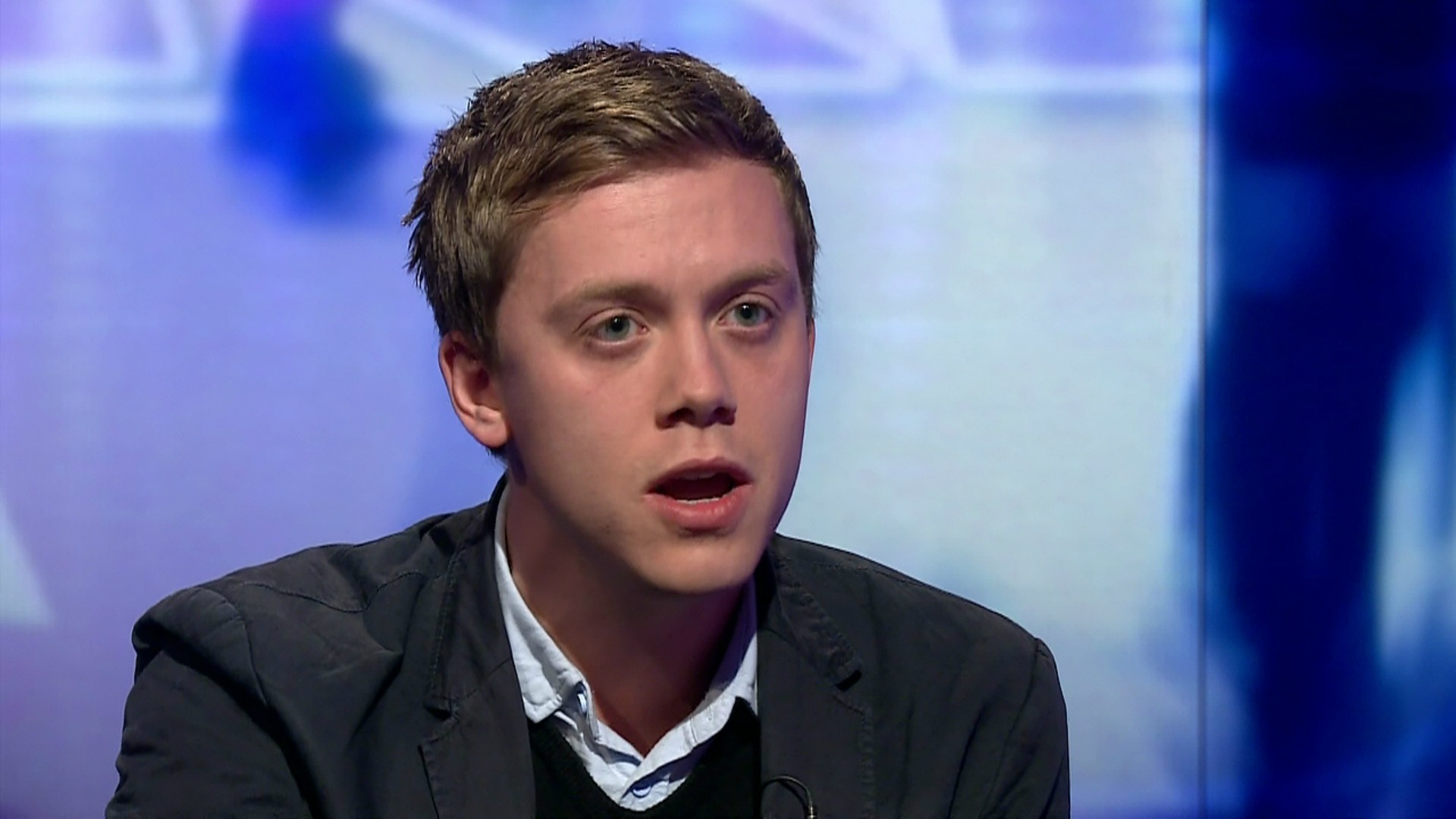 Owen Jones speaking to 'Newsnight' after Douglas Carswell was returned as UKIP's first Member of Parliament following his defection from the Conservative Party. Shown on BBC2 HD. Featuring: Owen Jones Where: United Kingdom When: 10 Oct 2014 Credit: Supplied by WENN **WENN does not claim any ownership including but not limited to Copyright, License in attached material. Fees charged by WENN are for WENN's services only, do not, nor are they intended to, convey to the user any ownership of Copyright, License in material. By publishing this material you expressly agree to indemnify, to hold WENN, its directors, shareholders, employees harmless from any loss, claims, damages, demands, expenses (including legal fees), any causes of action, allegation against WENN arising out of, connected in any way with publication of the material.**
750
SHARES
Share Tweet

SATURDAY is here, the 13th of October and Owen Jones, the man who has plenty to do now his show was cancelled due to lack of interest, or as I call it, “I got so fucking bored with his self importance and spoilt brat like ravings I covered my testicles in fish paste, dipped them in a piranha tank singing “here fishy fishy!”” to alleviate the painful boring whinge tone of Jones.

So Owen has delved into the world of philosophy to ask a vital question:

“Fascism is on the march and we will be asked what did you do to stop it?”

Now this intrigued me so I went up to Huddersfield University to ask.

So I asked the same question to various students and here are the replies I got:

“Not heard of him”

“Does he play upfront for Cardiff? “

“from a Student who was 19 “He prefers men, why would you prefer men to what I got baby?” just wow, she was foxy to be fair.

“Yes, he was the baker in Ivor the Engine”

So I decided to change tact and ask specifically “Owen Jones, journalist in the Guardian said Fascism is on the march and we will be asked what did you do to stop it?”

Guardians of the Galaxy was awesome, but never heard of Owen, was he the Racoon? “

Yeah mate, cool, Power Rangers and that!” (not sure about that)

“We are new to town and do not want to get involved in nihilistic neo-fascist politics.”

“Isn’t he the gay bloke on crime watch?”

“My nan is called Jones!”

“Mate, I got munchies severe, need a kebab”

“you manarchist! I will call police, enough of your sexist questioning! “

Now I did find 4 E in a bag outside bus station and dispose of them responsibly. Honest I did, but as to Owen and his raving question about fascism, sorry mate, but no one knows who the fuck you are.