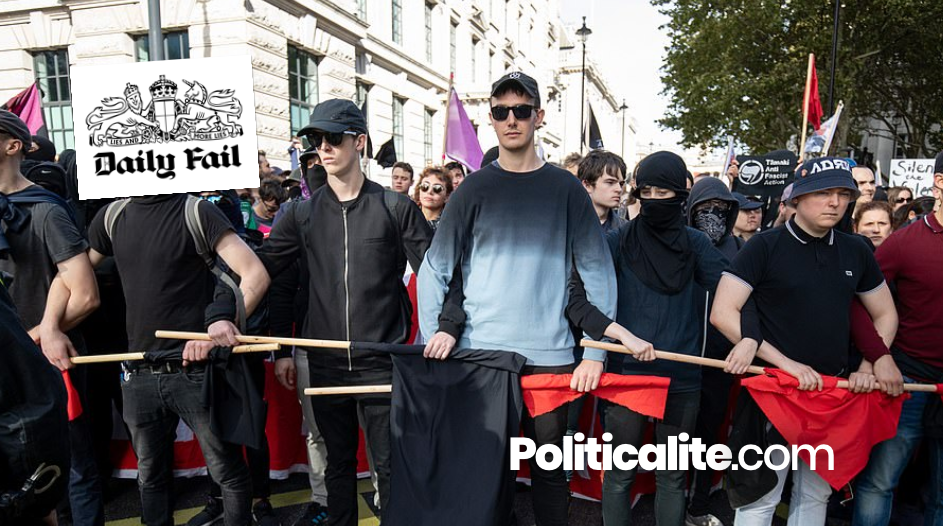 THE DAILY Fail has been left red-faced after the fake news outlet smeared the working-class Democratic Football Lads Alliance and used pictures of Antifa to push a false narrative against the working-class organisation. 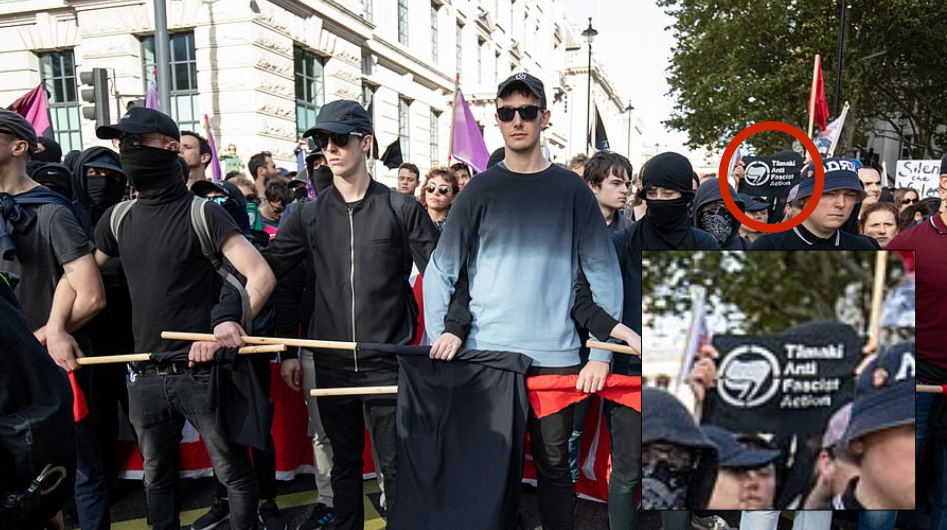 The Mail ran the slanderous headline to smear the DFLA: “Nazi salutes in the heart of London: March by ‘far-right anti-Muslim football supporters’ turns violent as dozens fight with officers and marcher yells ‘I’ll kill you’ at police” and included pictures of opposing Antifa rally. 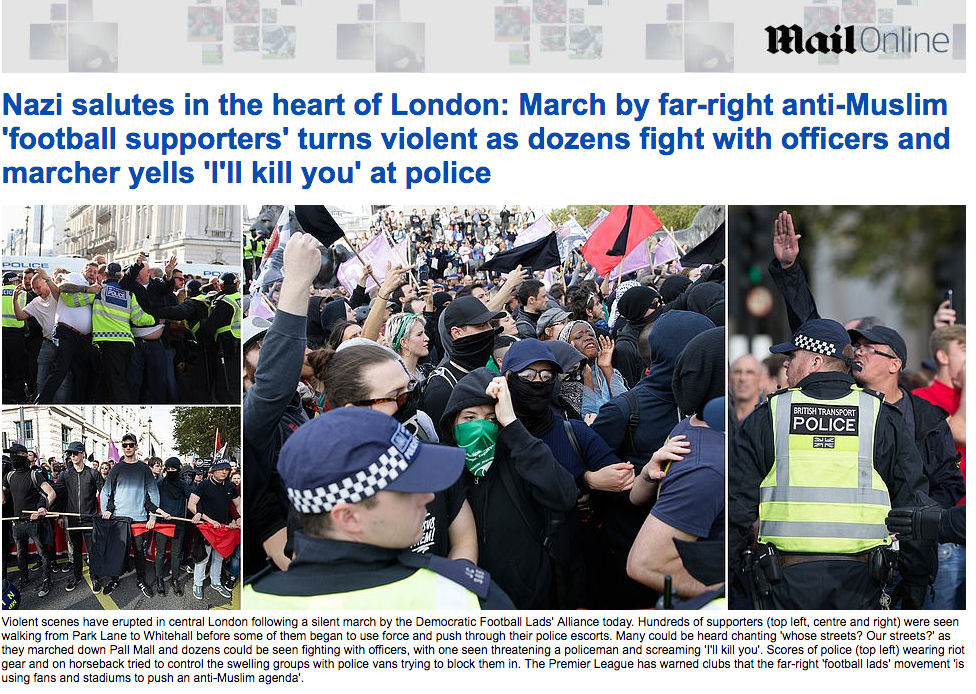 So-Called ‘journalist’ Bhvishya Patel penned the hit piece and got many things wrong about the event and included pictures of Antifa which had the capition: “Violent scenes have spilled across central London today following a silent march by the Democratic Football Lads’ Alliance” without using pictures of the DFLA – who were mostly peaceful bar a few incidents were some members tried to break a Police line. 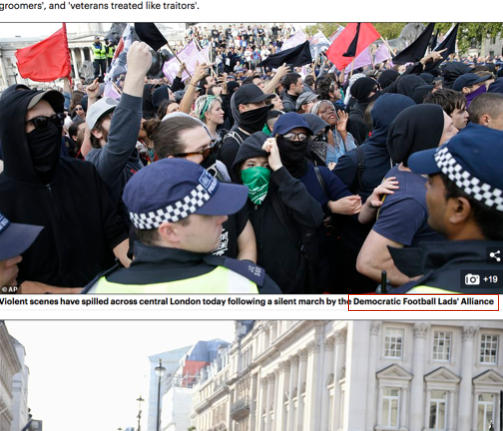 Mail Uses Pic of Antifa and Then Describes ‘Violent Scenes’

A DFLA source told Politicalite that the Demo was about the plight of women and children of all races and beliefs, supporting them and raising awareness of the alarming rise of rape and abuse by perpetrators from all backgrounds.” 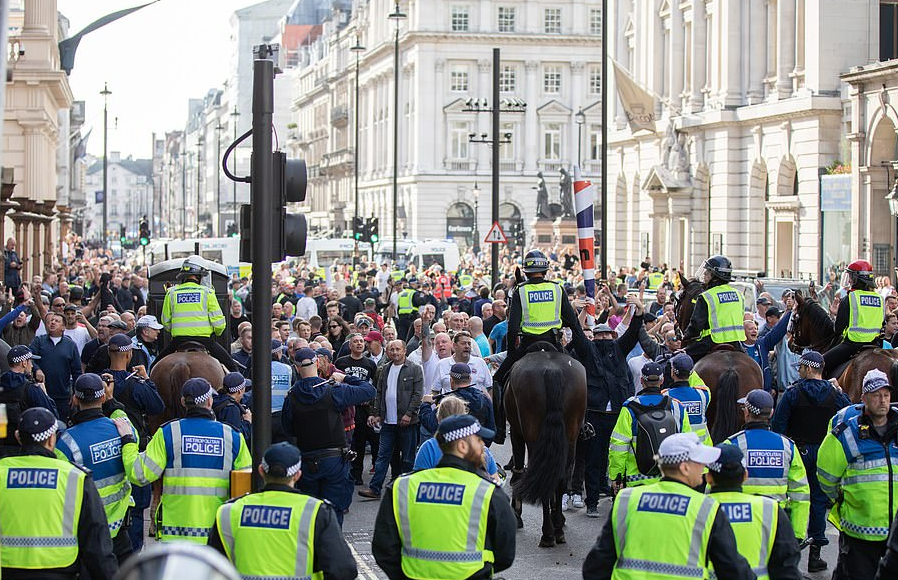 “We are supporting the justice for children and women cause, and the demo also focuses on what we’ve been covering all year such as the epidemic of knife and gun crime carried out by gangs in the capital.” said the DFLA.

Adding: “We are also backing Homeless Veterans suffering from PTSD, Justice for the 21 victims of the IRA bomb in Birmingham and fighting against police cuts and the threat of returning jihadists and soon to be released hate preachers.”

The group has raised money and help the homeless, are currently refurbishing a women’s refuge for recovering addicts in Wales and have raised £80,000 for justice of the 21 victims of IRA pub bombings in Birmingham. 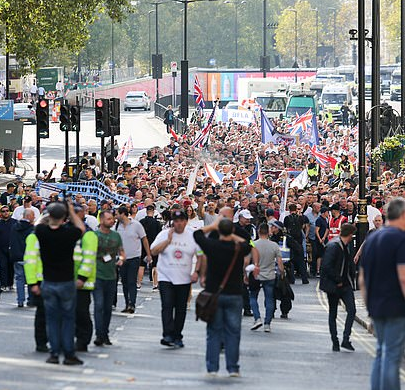 Most DFLA marches include ordinary working-class men, women and children fed up of the Establishment’s failure to tackle Grooming Gangs, Gang Crime and Islamic Terrorism.

Earlier this month Politicalite asked the group why they thought the press labelled them Far Right, a spokesman said: “We were labelled ‘Far Right’ as soon as our feet hit the ground on the first march peaceful march in June 2017”

“We were born out of the succession of terror attacks in London, and then Manchester being the final straw,” said a DFLA spokesman. “We felt the establishment wasn’t doing enough against Islamic Extremism and we needed to make a stand.”

They slammed the mainstream media and said: “They will label anyone as ‘Far Right’ if you criticise Islam, even though we criticising Radical Islamic Extremism, it doesn’t matter to them we were pigeonholed straight away.”