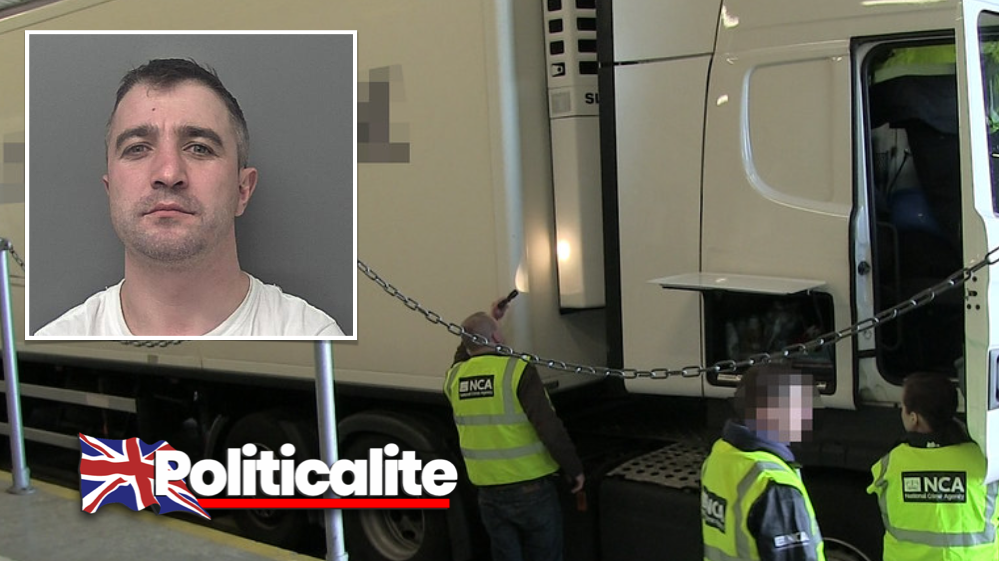 A LORRY driver stopped at the Port of Hull with cocaine worth £1.7 million has been jailed for 8 years and 8 months today following an NCA operation.

Mihai Ciceu, aged 34, a Romanian national with no fixed address, was sentenced at Hull Crown Court, having pleaded guilty to importing Class A drugs at an earlier hearing.

The National Crime Agency investigation started on 22 January when Ciceu, a lorry driver of ten years, tried to enter the UK at the Port of Hull on board a ferry from Zeebrugge, Belgium. He was stopped by Border Force officers who found three packages, concealed within the floor of the lorry trailer, which contained approximately 21 kilos of cocaine.

When questioned by NCA officers, Ciceu denied all knowledge of the packages. He claimed he arrived at his delivery destination two days ahead of schedule, and during that time had left the vehicle unattended for long periods of time.

However, Ciceu was unable to offer explanation about anyone who would have the knowledge, time and opportunity to conceal the drugs and then retrieve them once he was in the UK.

Ciceu was also found to be in possession of multiple mobile phones, two of which he tried to destroy whilst his vehicle was being searched.

“Cocaine in these quantities has a lot to answer for – fuelling gang violence, exploitation and violence on the streets.

“Individuals like Ciceu play an important role in the supply chain and enabling of other crimes, making our job to stop people like him ever more vital.

“We will continue working with our partners to stop the flow of class A drugs into the UK.”

“This was an excellent detection that took a substantial quantity of cocaine out of circulation.

“Ciceu’s lorry had been specially adapted for the sole purpose of smuggling. Criminals will always look to find new ways to evade detection and the challenge we face is to stay one step ahead.

“Every year Border Force officers operating at the UK border seize Class A drugs worth hundreds of millions of pounds. Working with law enforcement partners like the National Crime Agency we are determined to prevent drug trafficking and to bring those responsible to justice.”