BREAKING BAD: Meth Kingpin To Be THIRD Man Executed in US this week
Advertisement 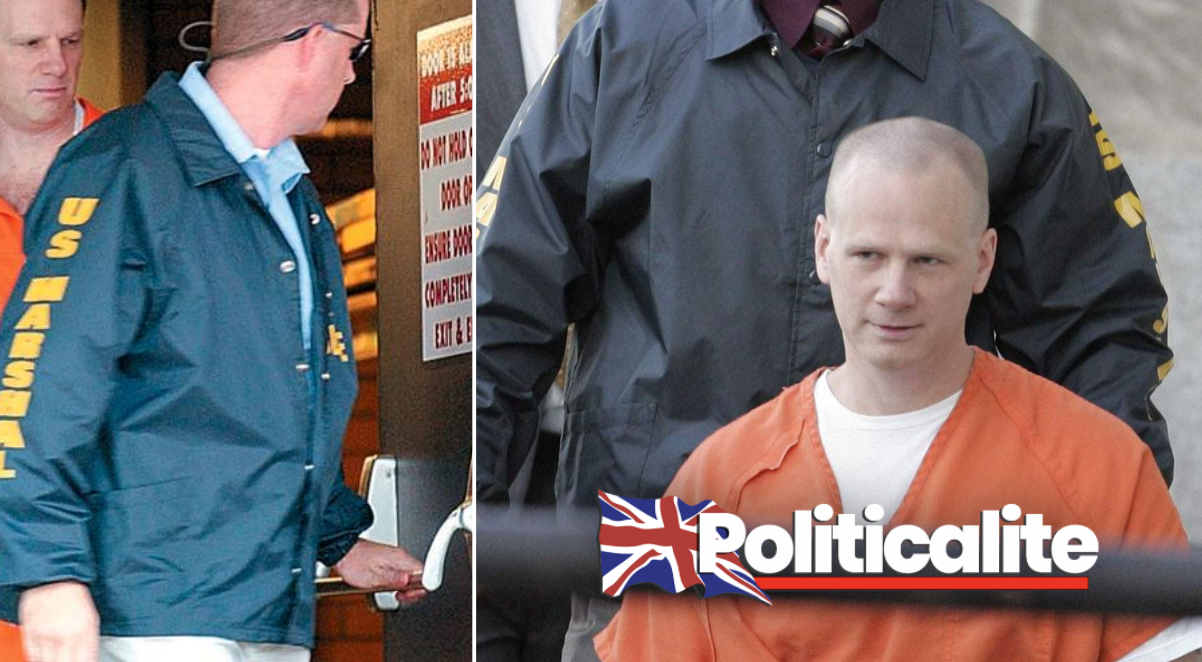 A RUTHLESS Meth boss from Iowa who killed five people, including two young girls, in 1993 in a bid to thwart his prosecution for drug trafficking is to become the third federal inmate to be executed this week.

Dustin Honken, 52, would become the first Iowa defendant to be put to death since 1963 if he is executed as scheduled on Friday.

Iowa abolished the death penalty in 1965 but federal prosecutors sought to execute Honken for killing US Government informants and children.

Honken is set to die by lethal injection at the prison in Terre Haute, Indiana, where he has been on death row since 2005 and two other men have been put to death since Tuesday after a 17-year hiatus in federal executions.

His appeals to delay the execution have so far been denied.

Lori Duncan, her new boyfriend Greg Nicholson and her daughters were kidnapped and killed by Honken and his girlfriend in 1993, seven years before their bodies were found.

Susan Torres, 54, who was Ms Duncan’s sister-in-law and aunt to 10-year-old Kandi and six-year-old Amber, said of Honken: “He does deserve what he’s getting. I can tell you that. He deserved it a long time ago.”

Ms Torres, of Des Moines, Iowa, plans to attend the execution with other victims’ relatives.

Mark Bennett, the federal judge who oversaw Honken’s trial, said he generally opposes the death penalty but if anyone deserves to be executed, it is Honken.

He said Honken’s crimes were reprehensible and he had a fair legal process, including talented lawyers who “did an outstanding job with virtually nothing to work with”.

“I am not going to lose any sleep if he is executed,” said Mr Bennett, who has since retired from the bench.

“Normally I would but the evidence was so overwhelming.”

Mr Nicholson, who was one of Honken’s dealers, began co-operating with investigators in 1993 after coming under suspicion.

Honken was arrested and indicted for conspiring to manufacture meth after Mr Nicholson secretly recorded him and testified before a grand jury.

The kingpin informed the court he would plead guilty but days before his July 1993 plea hearing, he and his girlfriend, Angela Johnson, went searching for Mr Nicholson.

They found him at the home where he had moved in with Ms Duncan and her daughters.

Honken forced Mr Nicholson, 34, to record a statement declaring him innocent of the drug charges.

Mr Nicholson and the Duncans were taken to a remote area, fatally shot and buried.

Honken withdrew his guilty plea and gave his lawyer the videotape of Mr Nicholson.

As the investigation into Honken continued, his other dealer, 32-year-old Terry DeGeus, disappeared months after Mr Nicholson and the Duncans.

Johnson lured Mr DeGeus, whom she dated before Honken, to a property where the kingpin beat him with a bat and shot him.

Investigators found the bodies of Mr Nicholson and the Duncans in 2000 in a wooded area outside Mason City.

The adults had been bound and gagged and shot multiple times. The girls had each been shot once in the back of the head.

Mr DeGeus’ body was found a few miles away, his skull fractured.

Honken was convicted of the killings in 2004 in a trial that featured extraordinary security measures, including an anonymous jury.

He was bolted to the floor of the courtroom and forced to wear a stun belt under his clothing to prevent escape attempts.

The jury recommended Honken be put to death for killing the girls and Mr Bennett agreed.

Johnson was convicted in a separate trial and sentenced to death.