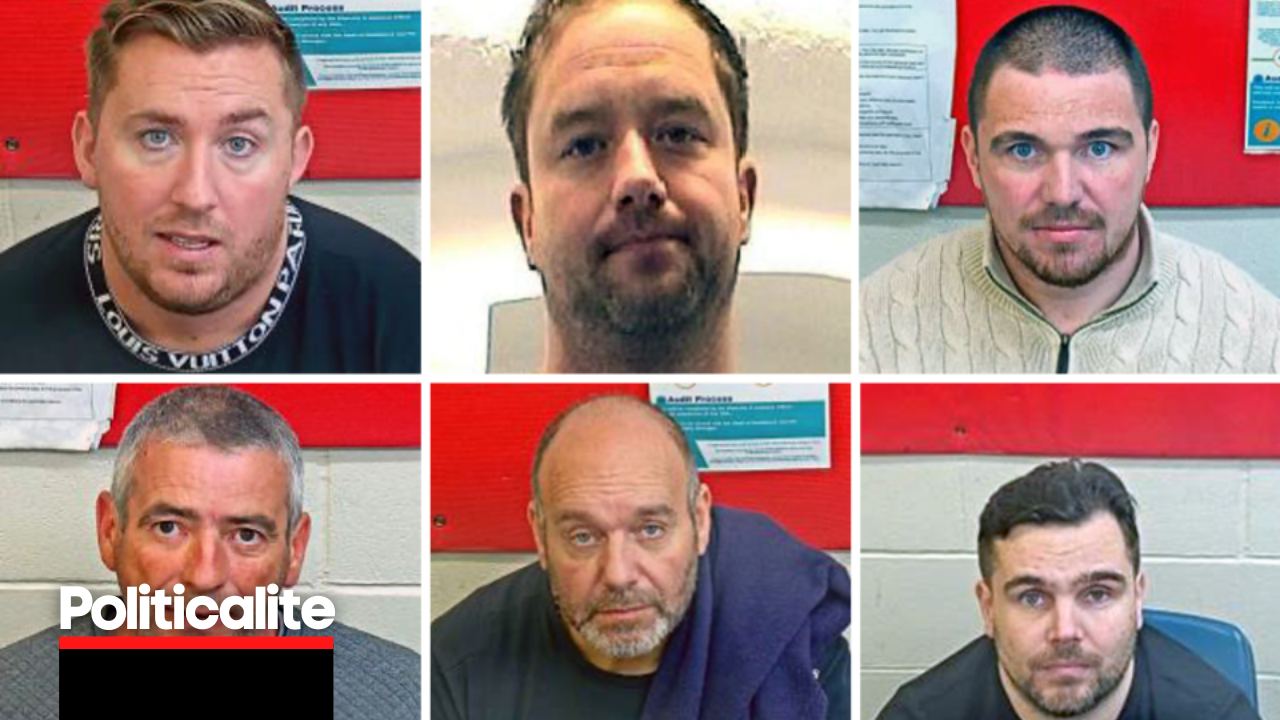 SIX men have been convicted after a National Crime Agency investigation uncovered their role in the supply of cocaine and a separate plot to torture and rob a Manchester man’s home and business.

The group, from Manchester, Warrington and Hertfordshire were all involved in supplying drugs worth almost a quarter of a million pounds.

Five of the men also conspired to commit a robbery that would include threatening to tie up the victims and cut off the ear of one of them.

The NCA captured covert recordings of Gary Betts, 57, of Rye Bank Road, Firswood, Manchester, last year, as he told associates that he had a ‘nice job’ that would be ‘plenty of dough’.

He was joined by Gerard Boyle, 57, of Eleanor Road, Manchester, brothers Chris and John Sammon, ages 32 and 35, of Moorcroft Drive and Dudley Road, Manchester, and Wayne Simmonds, 39, of Oakwood Road, Bricket wood, Hertfordshire.

The gang believed the victims to be holding a substantial cash sum at their home in Greater Manchester and discussed logistics of the robbery at the office of Boyle – who was the registered director of a plastics recycling firm.

Betts was heard to say: “His dad’s an old man and there’s only one kid in the house…”

Wayne Simmonds agreed to carry out the robbery and discussed having a contact who specialised in impersonating police to gain entry to people’s homes.

Simmonds’ contact, who used the encrypted messaging service EncroChat and referred to himself as ‘the old Bill’, had bragged to Simmonds about the emergency blue lights he had fitted to vehicles and was later described by Simmonds during the trial as someone ‘not to be messed with’.

Further conversations between the men indicated they were willing to torture victims to acquire the money.

Betts: “I’d just walk in and I’ll just bang him and just tie him up, and cut his ear off and then tell him…I’ve been down your area and cut people up….Believe me I’ll blowtorch your balls and cut your ear off…Put it this way I know an iron hurts in your chest.”

Betts, Boyle, Simmons, and the Sammons also discussed drug supply and pricing, including the purchase and sale of around five kilograms of cocaine.

Further searches of both the Manchester business premises where their conversations were recorded and a property on Sandgate Road, Southampton, linked to Simmonds, led to the discovery of 100 grams of cocaine, drugs paraphernalia including a drugs press and 3 kilograms of Boric acid.

They were arrested on 11 May last year along with an additional man in Warrington, William Skillen, 35, from Long Lane, who was also involved in the drug conspiracy.

The men all appeared before Manchester Crown Court and were found guilty of all charges today [3 August 2021] after a seven week trial.

They will be sentenced at the same court on 23 August.

NCA Operations Manager, Jon Sayers, said: “These men were clearly very dangerous, and stated that they were willing to carry out abhorrent acts of violence in pursuit of their aims.

“They used a business premises to freely talk about their drug dealing, where it became apparent that their links to the trade were very much serious and organised.

“With the support of the Met Police flying squad and Greater Manchester Police, the NCA was able to secure the men’s arrests and obtain the evidence that has led to today’s verdicts.

“Class A drugs are inextricably linked to violence and exploitation in local communities and the NCA, together with partners, uses all of its capability to disrupt the perpetrators and bring them to account.”